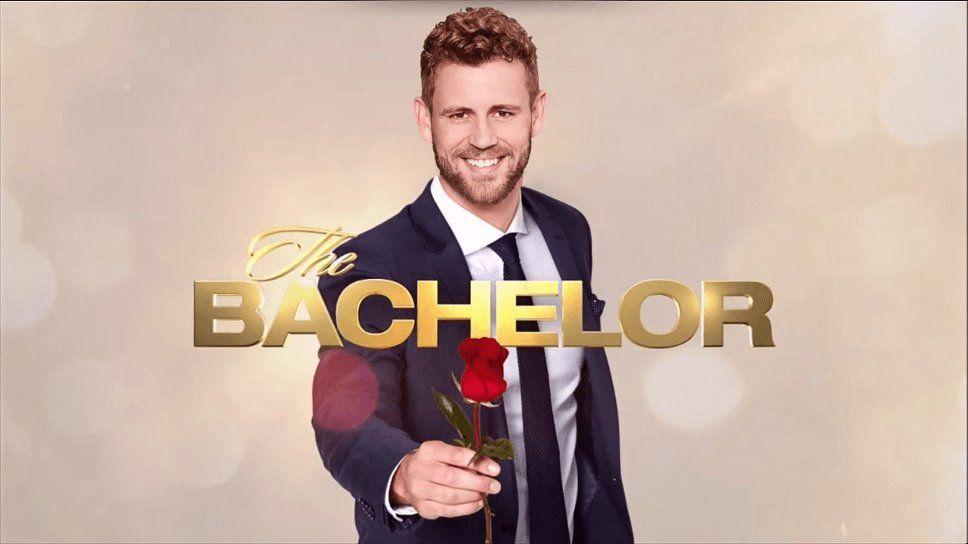 Hello there, welcome to my Bachelor recaps! The season may be drawing to a close, but here I am, getting my feet wet in the recap world before fully jumping on board to cover the Bachelorette in May (and heaven help me… Bachelor in Paradise over the summer).

This week, there’s four girls left and its time for hometown visits, where Nick’s creepy smile will be attempting to win over the charms of families all over the continental USA (and Canada). Plus, let’s be honest, Corinne is only still around because Nick is dying to meet Nanny Raquel and eat some of her cheese pasta – which really isn’t a euphemism for anything, I’m curious about that pasta!

One further thing before we dive into hometowns. Rachel is obviously still here and it baffles me to no end that they announced her as the new Bachelorette last week, even before this season was through. We obviously now know that she doesn’t win the heart of Sir Mumbles A Lot. Which begs the question of why didn’t the producers wait another week before the reveal of her as the bachelorette? I’m very happy with her as the next choice.  She seems to have her shit together more than the average contestant on this show, but come on guys, what difference would two or three weeks have made?

Anyway, time to get on with the show.

At this point, I fully feel like Raven is the frontrunner to win this season. I tend to try to avoid spoilers, and I’m sure the winners is already known. However, as of right now, I wouldn’t be surprised if it’s Raven. Corinne is Corrine, Vanessa is the queen of crying about him on camera and we know it’s not Rachel, so bring on the Raven.

We start with the two of them meeting up to ride some ATVs, wait is she from MY hometown?! There, we just ride across questionably frozen ponds, and not ankle deep bog water.  After riding around a bit, they go to what I first thought was a water tower (and thought this REALLY could be my hometown), but it turns out to be a grain bin. Oops, my bad. Anyway, a cop shows up and a really awkward situation starts to play out and myself and my two girlfriends who I watch with start to question if “this cop is going to turn out to be a stripper” (would we really be surprised?). But nope, it’s Raven’s brother, who appears to be a real cop and not a stripper cop, most likely.

After chatting with him a bit, they jump back on the ATVs and start straight up playing in the swamp/bog water. Are there gators in that water? Parasites? Swamp Monsters? Who knows, but this is the least romantic thing in the history of dates, and I hope they’re going to shower before going to meet Raven’s parents.

We meet her parents and are met with the typical conversations of “do you care about my daughter, what are your intentions?” Raven’s dad states that “he didn’t expect to like Nick”. Raven’s dad is everyone who watched last season of Bachelor in Paradise who was then sorely disappointed by his mediocre appearance on the Bachelor this season.

Note: From the beginning I’ve thought Rachel is too good for Nick, she’s smart, put together and seems to generally know what she wants more so than Nick “I’m a professional bachelor” Viall.

The date starts with them visiting Rachel’s home church, which seems like an amazing time. The church appears to be very musical and exuberant but our pal Nick does not seem to be feeling the vibe at all.

After church, they talk about who they’ll be meeting that day. Rachel’s dad won’t be there because of a ‘work commitment’. Yeah no. This man is a federal district judge, it’s likely he just didn’t want his face appearing on this show to which I say, respect, sir.

They go to her family home and meet her siblings and mom, her brother and law looks a little like Nick in a bearded hipster kind of way. The family has some harsh talk for Nick, they talk a bit about race and if Nick is okay with the fact that Rachel is black. I’m not sure if this was a producer set-up conversation, or genuine but I do think that Nick handles himself very well in this situation. It’s not often that I’ll throw him a compliment, but you can tell he cares about Rachel, irregardless of what she looks like (which is beautiful, by the way, her bachelorette wardrobe is going to be insane).

However, no matter what she may be saying on the outside, it’s easy to tell that Rachel’s mom is not here for Nick, no way at all. She does make a vague comment about him being ‘like Rachel’s dad in some ways’. Yeah no, I doubt her dad is a mumbly, dull, mostly unemployed professional bachelor.

This hometown date with Nick meeting Corrine at the place where she feels “most at home” which, you guessed it, is a mall. A high end mall at that. She’s basically leading Nick around the mall like a sugar mama, being all “stay with me Nick, and I’ll buy you some $2000 pants, boo”.

She knows the staff by name, and ends up dropping over $3000 in one store for stuff for her and Nick and doesn’t even flinch. She constantly states that this is just an ‘ordinary day in her life’ which makes one ponder what exactly is this business that makes her so rich?

We meet him, her mom, sister and NANNY RAQUEL and dad just gives off major vibes of “mess with my daughter and you’ll be swimming with the fishes”.

Nanny Raquel seems like a sweet lady, but she’s definitely a house employee. She pours their wine, brings out their food, etc. Sadly the food is not cheese pasta but some dish featuring olives that the whole family waits for Nick’s reaction on. He clearly hates it, but does his finest (aka not) to hide the fact that his hatred of olives runs deep.

Corinne tells her dad about her deep feelings for Nick, saying how they’ve ‘been dating for a month and a half’. So, in “Bachelor time” that probably equates to about 2 hours of one-on-one chatting, so clearly that’s enough time to fall deeply and madly in love with him.

Dad brings up the question of “what does he do? Can he support a family?” To which there is no real answer because WHAT DOES NICK DO? I think he used to sell software and now he models and posts broody photos of himself on Instagram?

Welcome to my sorta-kinda-I-live-far-from-here homeland! Montreal is a great city, they should totally eat at my favourite place – aka an outdoor restaurant where birds are prone to stealing your food. It’s great (sadly they go nowhere near there).

They meet at the school where Vanessa works, to meet some of her students. When standing outside of her classroom there is a hockey sign in the background – some Canadian stereotypes are true, friends.

Her students are all crying over her return and it’s very sweet, Vanessa truly does seem like a great person.

We meet her parents separately, first being mom’s giant Italian family where they talk about something very important – is Vanessa willing to move if they should end up together, or is Nick willing to move to Canada? Neither of them seem particularly interested in the prospects of moving, which should be a giant red flag. But both say that’s a conversation that they’ll have ‘at some point’. There are four girls left in this show, that moment has to happen yesterday.

Finally, it’s time to meet dad and wow he rivals Corinne’s dad in the “this guy totally looks like a mobster” category. Nick ask’s for his blessing to possibly/maybe propose to his daughter and dad is obviously taken aback by this. He says he can’t, given he barely knows this guy. Good ole sensible, maybe mob boss, Canadian-Italian dad. He’s so to the point that it’s great.

Finally, the dates are over and we’re in Brooklyn (for whatever reasons). Nick is pondering what to do when the door opens, revealing… Andi!

Until next week, friends.