FEELS OF THE WEEK – October 6th to October 12th

Home » FEELS OF THE WEEK – October 6th to October 12th

Welcome to another Sunday of talking about the shows & movies that made us laugh, cry, go awww and, of course, look around and wonder what in the world was happening. If it made us feel things, whether they were good, or bad, then this is where we talk about it. This is where you tell us if you agree. This is where we let it all out.

So, without further ado, here are these week’s picks:

Badass Female Character of the Week

Lizzie: I’m going to go with what might be a surprising one …Mary in Batwoman. Yeah, I know, Ruby Rose’s Kate basically saved the day, but I expected that. I absolutely did not expect to like Mary, or for her to actually be more than just …the annoying step-sister. Plus, she actually helped! I’m super excited to see more of her, and her relationship with Kate, as well as how she ended up where she is.

Lariel: My pick this week is Dr. Claire Brown on The Good Doctor. We saw her grit as she put in the work for her very first surgery. Then she risked losing that plum sport by doing the right thing for the patient, who was in need of counseling. And she showed a lot of humor in dealing with Shaun’s dating insecurities. It’s not conventional badassery, but it’s all the everyday kind of bravery we see from women every day.

Gillian: Dex Parrios on Stumptown. What I love about Dex is that she can actually kick your ass but is also dealing with her own issues so she shows incredible vulnerability at times. And that was on display this week while dealing with her case. I’m really loving the show and Dex is such a fascinating character.

Erica: Maggie Lockwood on Chicago Med. Maggie has always been a badass at Med as the best Charge Nurse TV hospitals have ever seen. Not one person would dare cross her. This season she’s battling cancer while continuing to work. She’s not willing to accept help or let people know because she doesn’t want to be ‘the sick’ person. I’m so impressed with her but sometimes getting help can be a sign of strength. Maggie is one hell of a woman!

OTP of the Week

Erica: Amelia and Link on Grey’s Anatomy. I am the first to admit that I was not happy when Owen and Amelia broke up and that I was even more upset when he and Teddy decided to be a real family.  Amelia and Link started as a fling, like most couples on Grey’s, but their relationship has deepened and I am feeling it. Amelia has come such a long way since we first met her on Private Practice. This couple was so precious in this week’s episode as they decided to have a baby together!

Lizzie: I know Bluff City Law just started, but I can’t be the only one already shipping Jake and Sydney, right? The banter, the emotional conversations, the way they keep pushing each other, but to be better. I’m absolutely in for this, and in a TV landscape that’s a little devoid of my usual couples to root for, Jake and Sydney are winning this race. Now we just need a ship name.

Gillian: It’s another new show so very early and also, I think both characters are in relationships but I can’t help it. I want Lola and Mark to get together on All Rise. Their friendship is wonderful and it might just be residual Wade Kinsella feelings on Wilson Bethel’s part, but I would love for them to date at some point.

Moment That Made You Collapse Into a Puddle of FEELS 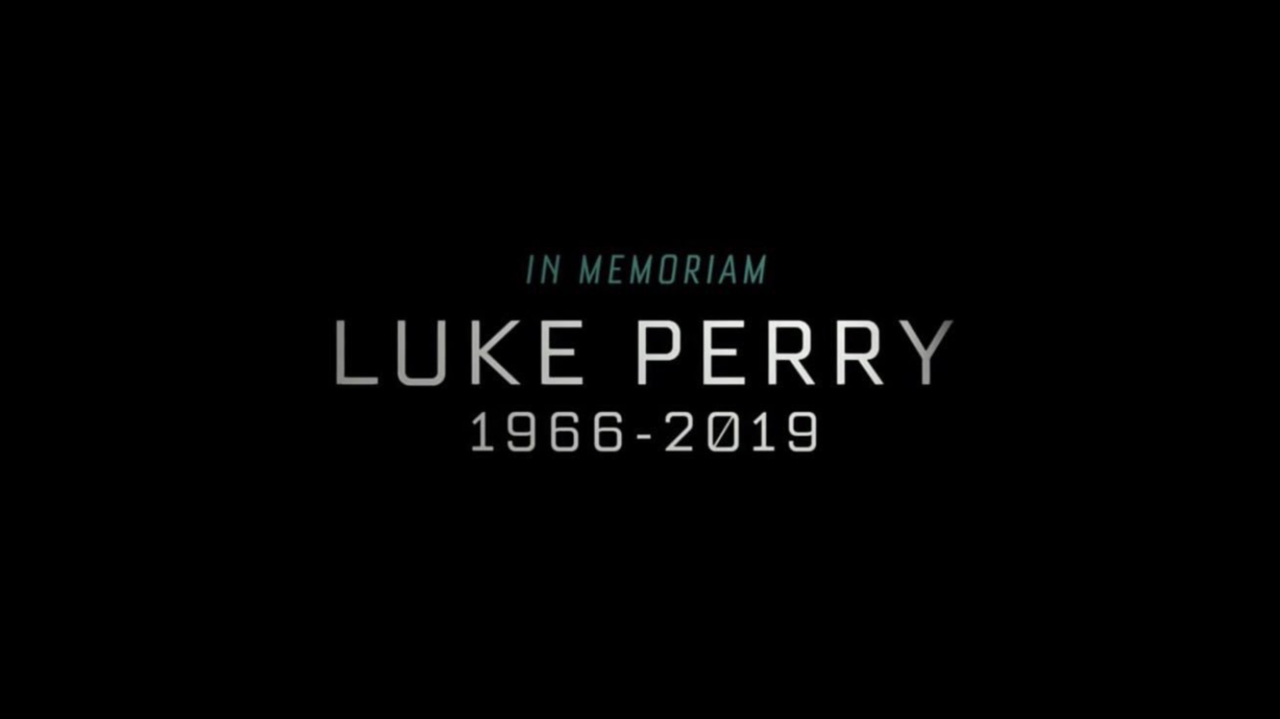 Gillian: Riverdale did make me tear up especially when they brought Fred’s body back to town and everyone was there to greet them. However, I’m actually going to pick seeing Timothy Omundson’s return to television on This is Us. I’ve been a fan of his for years and was devastated to hear when he suffered a stroke two years ago (and how that meant he couldn’t be part of the Psych TV movie). Getting to see him mostly recovered made me so happy and I love that they’re incorporating his recovery into the show.

Lizzie: Basically every second of this week’s The Good Place. Honestly, to see the show acknowledge that yes, Eleanor needed Chidi, but Chidi needed her too? I was blubbering as much as Eleanor.

Lariel: I haven’t watched an episode of Riverdale since its premiere at San Diego Comic-Con years ago. Just not my thing. But I tuned in for this week’s season premiere because I knew it was a tribute to the late Luke Perry. I thought it was a lovely tribute to a man gone too soon.

Lyra: The moment Dean said Jack was their kid on Supernatural. My heart. It’s on the ground. Now I’m on the ground. Let’s just all cry together at the beauty and growth of our goober Dean Winchester.

Quote of the Week

Lizzie: “In 1967, the Age and Discrimination Act was passed for a reason. That reason was that sometimes we discriminate without even knowing it. We create categories like race, gender, sexual orientation, and we think we know what those words mean. Because we think their definitions are fixed. But those definitions evolve.” – Sydney, Bluff City Law.

Gillian: “Why are we trying to be okay and normal on the outside when there is such a nuclear holocaust happening on the inside?” -Leigh, Sorry For Your Loss

WTF Moment of the Week

Erica: I am all for a Charmed reunion but Holly Marie Combs and Alyssa Milano playing sisters on Grey’s Anatomy felt off. I can’t quite put my finger on what bothered me but the entire thing just felt like a waste of having these two on-screen together. Maybe it’s because they weren’t in the main hospital but I guess I’ll take whatever version of the Charmed sisters I can get.

Gillian: I’m not going to spoil it but I was not pleased by the death in the season 4 premiere of Mr. Robot. I know it’s the kind of show where shocking deaths are inevitable and I did think that character would die at some point in the final season but not within the first 10 minutes of the premiere! The show is almost always WTF anyway but that really left a bad taste in my mouth.

Lyra: Jack’s body being possessed on Supernatural was equal parts crazy and hilarious. Yes, Faux Jack was useful but he was also a really morbid reminder of what they had lost because of God’s interfering ass. Leave it to this show to STILL surprise me 15 years down the road!

Agree? Disagree? Have any more feels? Share with us in the comments below!