It’s one of the oldest tricks in the procedural television universe.

Two cops are paired together, forcing them to spend hours side-by-side. As time progresses, and the occasional traumatic experience is shared, eventually they fall in love. Of course, not without a long wait and a lot of drama.

I, personally, am a sucker for a fated romance between two men or women of the law. In some instances, I find them to be the most interesting and worthwhile relationships on television. Because when you spend years watching the sexual tension build, for two partners to finally get together is extremely satisfying.

There is no set handbook for this particular trope, as each relationship is always done a tad bit differently.

It would take seven years for Seeley Booth and Temperance Brennan (Bones) to get together after playing a will they or won’t they game for what seemed like forever. When Booth admitted his feelings to her in the 100th episode, Bones couldn’t let herself go there. Vice versa when she admitted her feelings to him the following season. They eventually got together, started a family, and lived happily ever after, though part of me thinks they would’ve taken longer to get together had it not been for Emily Deschanel’s pregnancy (which was written into the show at the beginning of season seven).

However, this will they/won’t they tactic that goes on for seasons between partners appears to be the typical way this trope goes. Similar to Bones, Rick Castle and Kate Beckett (Castle) had a lot of back and forth before they got together at the end of season 4. At least that only took four years instead of Bones’ seven. 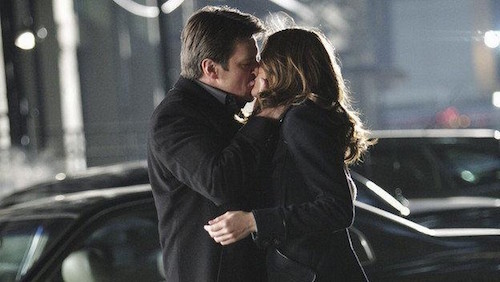 You also can’t bring up this classic television trope without mentioning the OG, who also practically invented shipping.

Yes, I’m talking about the great Fox Mulder and Dana Scully (The X Files). Talk about a ship that would take forever to get together. Hell, it took them six years just to even kiss. But Mulder and Scully are the mom and dad of this TV trope. Like the other ships I mentioned, Mulder and Scully worked because they would do anything for each other – and they have. They went through some of the most traumatic things a person can go through and they remained at each other’s side through it all.

It’s not just the pure chemistry that Gillian Anderson and David Duchovny had (which they undoubtedly did), it is that they were able to show us how important two people can be for each other and how that can turn into genuine love. When both Mulder and Scully went through hell respectively, they were each other’s constant, with Mulder even saying just as much.

The reason this trope works is that when you watch two characters interact with each other day in and day out, learn each other’s deepest and darkest secrets, and save each other’s lives, it can be hard to imagine how they don’t fall in love.

But, alas, that is the case with one of the most iconic television partnerships. Elliot Stabler and Olivia Benson (Law & Order: SVU) were the ultimate partnership. I spent the better half of my junior high school years obsessed with these two. Did I want them together romantically? Maybe. But I also wouldn’t have been mad if they never went there.

And they didn’t despite the many shippers out there who thought those two were destined to be together (even though Elliot was married, but hey). My theory is that Liv and Elliot getting together would detract from the stories Law & Order: SVU was trying to tell. They were and are raising issues regarding sexually based crimes that no other broadcast show listed above were trying. Even though we get to see the detective’s personal lives on occasion, to fall into a romance between the two leads would pull attention away from the important issues they were shedding light on.

That’s just my theory and who knows, those two could have been great together. And some of the greatest relationships go through ups and downs, especially when fighting crime together. 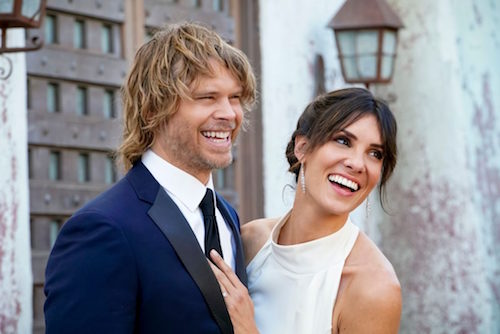 While I love these types of relationships, they all tend to have the same timeline and problems. Whether it’s having to keep the relationship a secret from coworkers or realizing you can’t start a family and be a cop at the same time. I’ll take the first problem over the latter any day.

One of the biggest arcs for the relationship between Kensi Blye and Marty Deeks (NCIS: Los Angeles) is that they don’t know how much longer they could go being a cop/agent and still have a blissful life they envision for themselves. Even though they love saving the world from terrorist plots, they both know that they can’t do it forever.

Chuck and Sarah (Chuck) had the same realization twice – once when they first got together in season three and again towards the end of the series. It’s the ultimatum that these types of relationships are destined to reach at some point and resolve.

Or, like Kensi and Deeks, you can keep shoving it to the side and hope one day it’ll just go away.

Alias, Fringe, Moonlighting, The Mentalist, and Brooklyn Nine-Nine are just a few more shows I can list off the top of my head that play into this trope and I’m sure there are many more I’m not even thinking of. Unfortunately, Moonlighting is an example of how risky this trope can also be.

Moonlighting is notoriously known for the partnership between that of its two main characters. They had sexual tension for a couple of years and they ended up sleeping together in season three. It was after this sexual tension was resolved in which the show met its downfall. The ratings declined and a bunch of behind the scenes drama made is so the show would not last much longer. From that point on, Moonlighting showed us just how important sexual tension can be even after the “will they” part of a relationship.

I think Moonlighting is the reason so many shows wait years before getting two people together. Out of fear that once the relationship is official that no one will care to see it go past the initial phase of getting together. Honestly, I find the stages after the partners get together to be the best part.

Some of my favorite episodes of Chuck are after Sarah and Chuck officially become more than just partners. Getting together isn’t the only part of a relationship, in fact, sometimes it’s not even the most important part. It’s making sure that even after the sexual tension is “resolved” that the couple still finds ways to keep my attention.

The idea that couples should spend years playing the will they/won’t they game is something that should be left in the past. As we move forward in the television landscape, with seasons becoming shorter and shows often not going past six seasons, it’s about time we relish in both the joy of getting these partners together and the after.

Lili Reinhart Will Release A Book Of Original Poetry