(Wo)man Up: The War Between Men and Women in ‘American Horror Story: Apocalypse”

Home » (Wo)man Up: The War Between Men and Women in ‘American Horror Story: Apocalypse”

It seems like there is nothing better in October than a pumpkin spice drink, some carving, and a spooky atmosphere. But, we also have a variety of horror films and series that can make it even better. Last year, the month of Halloween was even more extraordinary. Ryan Murphy and Brad Falchuk created a season of American Horror Story: Apocalypse, with a futuristic trope mixed with the witches from Coven and spirits from the first season – Murder House.

Nuclear bombs destroyed the world and started the long, long season of smog and disease. Coco St. Pierre Vanderbilt (Leslie Grossman), thanks to her wealthy family, is transported to the outpost that is apocalypse-proofed. Together with her assistant (Billie Lourd) and hairstylist, Mr. Gallant (Evan Peters), they find themselves in a place that may be even more dangerous than the infected Los Angeles. The so-called organization The Cooperative under the watchful eye of Miss Venable (Sarah Paulson), rules the Outpost, as well as others that are scattered all over the world. 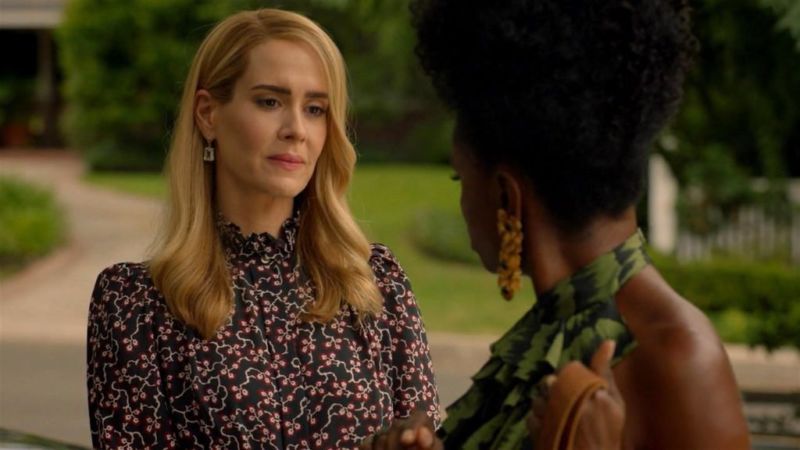 The sudden arrival of mysterious Michael Langdon (Cody Fern) – the representative of The Cooperative, disrupts the brutal system created by Ms. Venable. The truth turns out to be more complicated than the apocalypse itself. Langdon is not the person to mess with, and the survivors find out about it in the cruelest way. The only person who has a chance to battle the man and save the world is Cordelia (Sarah Paulson) and her coven of witches. As she became the Supreme (the highest of witches), Apocalypse followed and destroyed almost all of humanity.

But, the creators take us on a journey to the past, where we find out that long foretold the end of the beginning (Michael Langdon) poses as a warlock who’s “supposedly” going to become a new Supreme. At first, everything makes sense because Cordelia is, indeed, losing her powers, and Langdon performs all the Seven Wonders (seven tests to become Supreme). However, the witch and her coven are not going to give up so easily.

The team of warlocks who fought years to replace witches, entices Michael and believes in him blindly. There’s a fight between Cordelia and Ariel (Jo”n Jon Briones) – one of the headmasters of the wizard school. The witch then says: with a flick of my finger, I could crush your larynx and tear it from your throat. Do not for one second think I am weak. In Apocalypse, Cordelia reveals that she’s not a scared woman existing in the shadow of her mother anymore. The character development of Cordelia is a pure masterpiece.

If you watched Coven, you’d remember Cordelia as a shy, distanced woman. Her mother, Fiona (Jessica Lange), suppressed her personality. Then her husband did the same to her, and even more – Hank (Josh Hamilton) turned out to be a witch hunter, and tried to kill Cordelia and all the coven. In Apocalypse, after becoming the Supreme, the she finally blossomed into a strong, independent woman who can face even the greatest enemy. Cordelia Goode will always remain one of the most beautifully written characters in the American Horror Story universe.

Although the plot itself has many thrilling turns and a well-crafted story, the metaphor of Apocalypse is much more complicated. As witches battle the envious warlocks, the metaphor of a war between a man and a woman fits contemporary society. A war that women fought forever, a war that doesn’t stop even in 2018. A battle for equality. We can observe it on the example of witches and warlocks. This component makes 2018’s season an empowering experience for women.

Female fans not only see strong Cordelia, but also her sister witches. Zoe (Taissa Farmiga) who’s very mature and clever, Mallory (Billie Lourd) – possible next Supreme or Coco – spoiled, but genuine and loyal as a friend. All characters are so unique yet so different. Being in the coven brings them very close. Altogether, they create a sisterhood that nobody and nothing can break – even the son of Satan. This kinds of portrayal of women is what the world needs. First and foremost, it shows that witches don’t have to be middle-aged women who are mean and often depicted as not good-looking. Apocalypse delivers different, more positive picture of witches. The women are strong, independent but mature and responsible for their actions or choices. 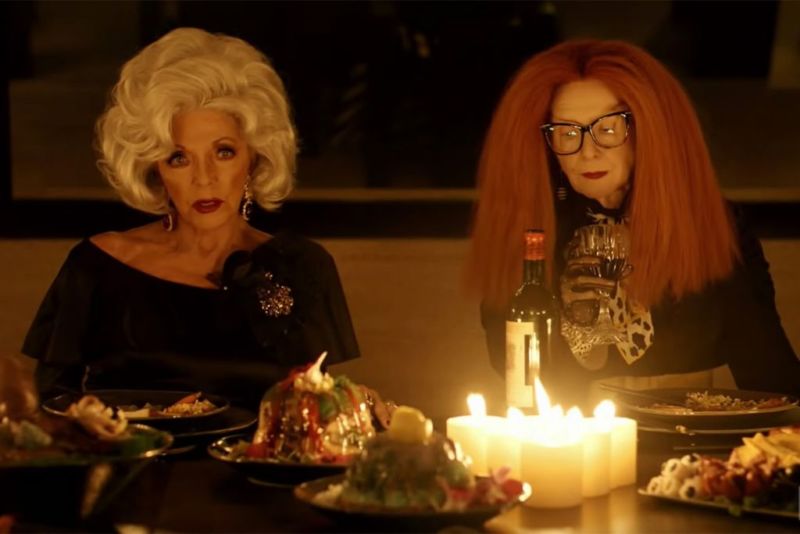 Additionally, in Apocalypse, we could further recognize the influence of the #MeToo movement that is such a significant movement in contemporary times. Ryan Murphy and Brad Falchuk united with women as well. It was reported that on the set of AHS Apocalypse, 61% of the set contained women as directors, screenwriters, and such. Even Sarah Paulson had her own debut as director of one of the episodes (Return to Murder House). Said episode directed by the actress was the most crucial of the season. Paulson admitted that the experience was a nerve-wracking but exciting experience: Sometimes as an actor, it can be really hard to not be myopic and only think of your scene and your piece of the story. As a director, though, your job is to see the whole thing. So this experience has helped me zoom out from my own piece of the puzzle and see the greater picture and how my character fits into it.

The world can be a filthy place, and the described series portrays it in all its glory. From every element, every bloody part and the variety of emotions, and people who, often, are lost on their path. American Horror Story is a television series that’s rather hard to forget. As 2020 approaches, the series created by Murphy and Falchuk is easily one of the most amazing, visually phenomenal discourses created in this decade. People often have an assumption that the series is just a gross, bloody picture without any sense. But once you dive deep into the plot and invest your time into the characters, you’ll see that American Horror Story is a television’s masterpiece that touches many problems of contemporary society, politics, and culture.

'The Good Place' 4x05 Review: Change is Your Friend