If a book is billed as spooky, suspenseful, and sapphic, I’m usually sold—and The Drowning Summer by Christine Lynn Herman (The Devouring Gray) largely lived up to my expectations.

Six years ago, three teenagers were murdered in the sleepy town of Cliffside Bay, and it tore Evelyn Mackenzie’s family apart. Her father became the lead suspect, her mother left, and her sister (who was dating one of the victims) followed as soon as she could.

In a moment of desperation, Evelyn and her best friend Mina tried to harness the power of a spirit to clear her father’s name—and it worked, but at a price. Mina nearly died, spending a week in the hospital with a delirious fever and a strange sand dollar etched into her skin. The girls haven’t spoken since, and Evelyn swore she’d never call on the dead again—but, in another miserable moment, she breaks that promise… and some doors, once opened, can’t be closed.

The mythology of the novel is first and foremost fresh and intriguing, with the mediums’ powers and the ghosts themselves tied to the changing tides of the ocean—waxing and waning in strength with the moon and reacting to rising sea levels and pollution. The spirits are strongest at the new and full moons, and something is causing them to become more dangerous with each passing year.

Though I love spooky novels, I will admit that I’m a bit of a chicken, but The Drowning Summer features plenty of heart-pounding moments without keeping you up at night (well…you may want to leave the light on). Herman’s haunting prose paints a vivid picture without calling attention to itself and pulling you out of the story, and the ever-present ocean and its ties to the dead create an eerie, atmospheric edge.

Moments of dry humor, and particularly Evelyn’s sarcastic wit, bring some levity to the dark tale. However, there are a few clunky phrases that are overused, such as referring to the summer of the murders as “the drowning summer” when that feels unnatural in normal conversation, or “scrying focus,” which is a fairly clinical term for a very mystical object.

On the outside, Mina and Evelyn are the epitome of opposites attract—Mina’s an aspiring fashion designer who puts together the perfect outfit for every day, while Evelyn’s interested in ecology and always has her skateboard under her arm—but through their alternating narration readers see that they have more in common than either would believe.

Their voices are distinct and reflect their personalities, and Evelyn’s voice in particular feels very real—it reminds me of how my friends talk. Mina’s voice is more measured and formal, without feeling stiff. Evelyn relates to the world through her interest in the environment (which lends some real-world eco-consciousness to a preternatural tale), while Mina thinks about her mental state as an ocean where she sinks any thoughts that threaten to stir up a storm.

The two points of view allow readers to see each girl through the other’s eyes. Mina sees herself as timid and wishes she were as fearless as Evelyn. Evelyn sees herself as insecure and wishes she were as confident as Mina. Over the course of the novel, they make each other brave. Their feelings evolve slowly, and when they finally get together it is giddy and sweet.

Mina and Evelyn both identify as bisexual, and Herman’s portrayal of the bi experience feels authentic. Evelyn faced accusations that she only came out for attention when she started dating a boy, while Mina worries about her lack of experience with any gender after she’s stood up by the only person (a girl) she’s ever asked out. The girls discuss the vulnerability of coming out, pervasive biphobic stereotypes, their worries about their inexperience, and more, in a way that feels genuine, and support each other in both their similarities and differences.

As is often the case in YA novels, the adults make frustratingly dubious decisions in order to “protect” their kids, but The Drowning Summer at least ultimately acknowledges the adults’ mistakes.

The end of the book feels a little open-ended like it’s setting up for a sequel, though one hasn’t been announced. The romance and mystery are also somewhat secondary to the paranormal plot. That’s not necessarily a bad thing, but I was expecting more emphasis on those elements from the synopsis, so potential readers should know it’s primarily a supernatural thriller.

Ultimately, The Drowning Summer is a compelling read that blends fascinating mythology with a haunting mystery and a sweet young romance. It is a tale of complicated family relationships and finding your own way.

The Drowning Summer by Christine Lynn Herman was released on April 19, 2022, and is available now wherever books are sold.

A gorgeously atmospheric contemporary fantasy by the New York Times bestselling author of The Devouring Gray and The Deck of Omens.

Six years ago, three Long Island teenagers were murdered—their drowned bodies discovered with sand dollars placed over their eyes. The mystery of the drowning summer was never solved, but as far as the town’s concerned, Evelyn Mackenzie’s father did it. His charges were dropped only because Evelyn summoned a ghost to clear his name. She swore never to call a spirit again.

For generations, Mina Zanetti’s family has used the ocean’s power to guide the dead to their final resting place. But as sea levels rise, the ghosts grow more dangerous, and Mina has been shut out of the family business. When her former friend Evelyn performs another summoning that goes horribly wrong, the two girls must uncover who was really behind the drowning summer murders—and navigate their growing attraction—before the line between life and death dissolves for good.

Beautifully written and enticingly witchy, The Drowning Summer is an eerie story perfect for reading under a full moon. 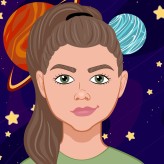