The title of this review is 100% true; no ifs, ands, or buts about it. The Dark Beneath the Ice by Amelinda Berube is Black Swan & Paranormal Activity’s Queer Love Child.

The Dark Beneath the Ice is a contemporary horror story about a teenage girl named Marianne. She’s smack dab in the middle of her parents divorce, the unraveling of her mother, and a paranormal possession that is slowly tearing her apart. Marianne is quiet, invisible to her peers, and is content with cruising through life burying every single feeling that comes her way.

Her “cruising” ways are put the test when she arrives at her aunt’s home and starts to note the weird things that are going on around her. She doesn’t remember throwing a figurine and smashing her rooms mirror. She doesn’t remember silently staring at her teacher while snapping every single piece of chalk at the front of the classroom. She even doesn’t remember making phone calls and having conversations.

It doesn’t take Marianne and the reader long to see the connections with something like Paranormal Activity. There’s something dark and twisted haunting her that wants to destroy/take over Marianne at whatever cost. This entity will hurt Marianne, hurt those she cares about, and slowly break her down until Marianne feels like she can’t fight anymore, just like in Paranormal Activity.

The similarities to Black Swan ground this book in a way that Paranormal Activity never could while giving it a twist of dealing with mental health issues. Like Black Swan’s main character, Marianne was into ballet. She was gifted, to say the least. Then something snapped in her, something changed, and she gave it all up in one fell swoop. And ever since that moment she’s felt torn and like she can’t touch the world anymore. Like she’s disconnected.

Marianne going to therapy and starting medication makes you wonder if the reality of her situation is that she’s mentally ill. That right there makes you second guess and read over every single thing that you knew about the entity that is haunting her. It also grounds the story in a manner that I’ve never seen before when it comes to horror stories such as this one.

You never see the victim actually seek out help in possessions/supernatural occurrences like this. It’s always, “There’s a ghost! Let’s call the church or those people from The Conjuring!” Or they ignore it, foolishly thinking that it’ll go away with time. Marianne going to get help, attending therapy, and taking her medicine made me question the state of her mind but also made me become more patient with the development of her story. It made me respect her and want to really figure out what was going on with her.

And then there’s the queer love child of all of this that I included in the title.

I didn’t know that this book had queer characters. I went in thinking I was just going to have a good time getting my socks scared out of me. The queer snuck up on me. Seriously, I was minding my business, engrossed in everything that was happening to Marianne, and then she met Ron.

Rhiannon was this emo badass outcast of the school who despite her appearance doesn’t fall into the stereotypes that go along with women like her. She stuck her neck out for Marianne, got to know her, and helped Marianne uncover what was happening to her. And when the queer started happening….YOU BEST BELIEVE I READ IT OVER AND OVER AGAIN TO CONFIRM THE GAY!

The heteronormative gaze sometimes means that people will write things while looking through a straight lens without realizing what they’re writing is hella gay. This wasn’t the instance here. Marianne and Ron are hell queer/gay for each other and it’s A-M-A-Z-I-N-G! There’s hand holding, people! And not just, “Oh she took my hand.” I’m talking Marianne was trying to remember every single point where their hands touched and the warmth of Ron’s hand.

The Dark Beneath the Ice gave me a queer romance that stuck to their guns and treated it like any other romance I’ve ever read. Marianne and Ron stood up for each other, supported each other, and grew as people next to each other. They were funny, sweet, and honest, even when it was hard to do so. It became the focal part of the story, for me at least, without drowning out Marianne’s journey or Ron’s development.

Crazy supernatural shit aside, their friendship, their romance, made me feel less alone when it comes to my mental health issues.

The Dark Beneath the Ice made me realize that there are people in my life that are my ride or dies no matter what’s going on in my mind. It gave me perspective on who I am, what I try to hide about myself, and the ways that I cut myself off from the world just so I can cruise through it without bringing attention to myself. That right there is what sets The Dark Beneath the Ice apart and why you should give it a chance yourself. 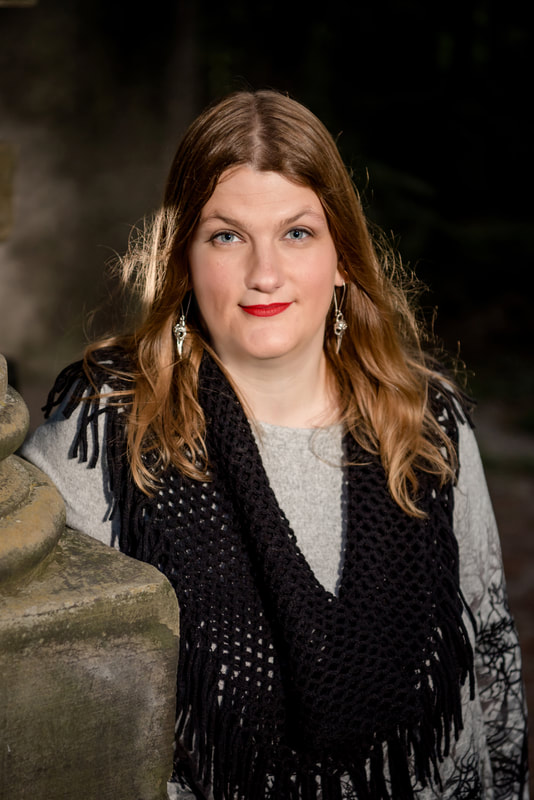 Amelinda Berube writes about ghosts, monsters, and other things that go bump in the night. Her first YA novel, The Dark Beneath the Ice is a result of that love.

Berube is an eternal fangirl of YA, things that make her laugh, and things that will creep her out long after she’s finished reading it.

She lives in Ottawa, Ontario and her work has a liberal sprinkling of weird Canadian that honestly leads to unique and never before seen work.

‘The Dark Beneath the Ice’ is available for purchase HERE.

Add ‘The Dark Beneath the Ice’ to your Goodreads HERE.

Sign up for the author’s newsletter and discover more of their work HERE.

What's With The Lack of Josh In 'To All The Boy's I've Loved Before?'