Love triangles – you either love them or hate them.

As someone who spent years on Tumblr in the Delana vs. Stelena trenches for The Vampire Diaries, I have witnessed all the good and bad that a love triangle can bring to a hit television show. In some cases, writers never intended for a love triangle to form, and laughed at the idea that two certain characters could ever be together romantically.

But as time passes with any television show, things change and writers are often faced with fandoms inadvertently loving a different relationship more than the one the writers wanted you to root for. And that’s when love triangles are born.

Take for instance Dawson’s Creek. Despite being known for their Pacey, Joey, and Dawson love triangle, I don’t think that the was ever originally intended. Season one was entirely focused on the relationship between Dawson and Joey, with Pacey off doing his own thing. Joey and Pacey didn’t even get along (which arguably added fuel to the Pacey and Joey fire). On top of that, Joey was the girl next door that – quite literally – would climb into Dawson’s bedroom practically every night.

It wasn’t until fans started to see the undeniable chemistry between Katie Holmes and Joshua Jackson that people – and the writers – began to toy with the idea that perhaps Joey and Pacey could be a better relationship than that of Joey and Dawson. For the next few seasons, they would really explore each relationship thoroughly and it wasn’t until the final episode in which a “winner” was picked. 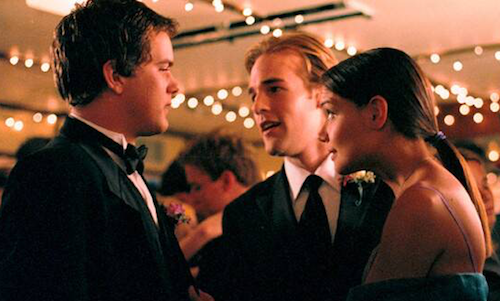 A show that started on a completely different note – with the love triangle front and center from day one – was The Vampire Diaries.

The love triangle between Stefan, Damon, and Elena was an integral part of the show since the pilot and they spent years going back and forth between the two relationships. With Stefan and Elena being together since the beginning, those who like Damon and Elena had to hold on to stolen glances and the occasional deathbed kissing.

As someone who always found myself leaning toward the relationship that was more or less the underdog, you can imagine my annoyance as that triangle dragged on for seasons. But it’s not watching another couple be happy that is my main contention with love triangles. It’s that it makes the writers of a show stuck between a rock and a hard place. You can’t make one part of the fandom happy without enraging the other. Love triangles tend to be a lose/lose situation for writers and it shows.

One of the most sacred moments for Damon and Elena shippers is when they finally get together in season four. And when you wait four seasons for your couple to get together, you expect it to be perfect. But it wasn’t, because to make sure Stelena shippers weren’t completely left in the dark, the writers overshadowed their consummation with the idea that it was all because of a sire bond.

I won’t turn this into a pro-Delena piece because I’m sure there were many Stelena scenes people will say were ruined because the writers had to cater to the Delana fandom as well. This was a constant back and forth that would pit part of the fandoms against each other rather than unite them to enjoy the show they love.

Speaking of vampires, Buffy the Vampire Slayer is home to one of the most classic love triangles out there. They also are a great representative of how love triangles can just be a good way to show the different complexities of relationships.

Buffy and Angel were star-crossed lovers. He is a vampire and she is the slayer. They were a high school romance for two very mature people. Then Spike popped up in season two but for a while, there was no indication that he and Buffy would ever be anything more than enemies. Eventually, Angel left town and Buffy began adulthood and that’s when things started to change.

What I loved about Spike and Buffy was that for the longest time it was a one-sided relationship. Spike was in love with her and she could not care less. But things changed when she died and came back to life. Spike was there for her in ways Angel and her friends weren’t. She leaned on to get her through one of the darkest times in her life.

You can love Buffy/Angel and Buffy/Spike simply because they were two vastly different but necessary relationships for Buffy. 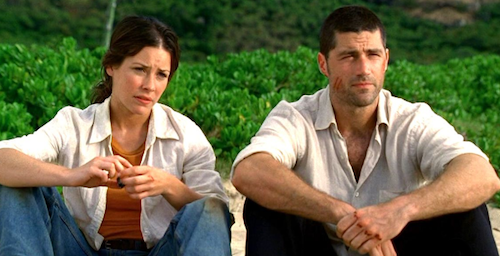 This type of love triangle is what I find to be the best kind. Lost took a similar note in their Kate, Jack, and Sawyer love triangle. While I hated that half the time Kate was just used as a plot device for both men, the love triangle helped show what a complicated and unique character Kate is.

There is an excellent Lost rewatch podcast that I am obsessed with called The Storm: A Lost Rewatch Podcast. They recently made a great observation of the difference between Kate’s relationship with Jack and Sawyer. Essentially, Kate was who she wanted to be when she was with Jack and was who she already was with Sawyer. The triangle – while complicated a lot of the time – was a fascinating way to understand how not just Kate was as a person, but Jack and Sawyer as well.

While Buffy the Vampire Slayer and Lost weren’t perfect when it came to love triangles, they weren’t bad either. They were able to strike a balance between having the love triangle be a central part of the show but not be too overpowering. They more so used the love triangle to their advantage which other shows that are known notoriously for their love triangles didn’t.

One Tree Hill, despite being one of my favorite shows of all time, is a prime example of how a love triangle can cause more harm than good. Anyone who has ever seen the early 2000s drama is all too familiar with the Peyton, Lucas, and Brooke love triangle. And it made sense in the beginning – Lucas’ indecisiveness between these two amazing women made for some interesting and dramatic television. But as seasons went on with the love triangle still being a main story-line for the three characters, it really made you wonder if it was necessary at all.

And it wasn’t the viewers who paid the price for this drawn-out love affair – it was the relationship between Brooke and Peyton. 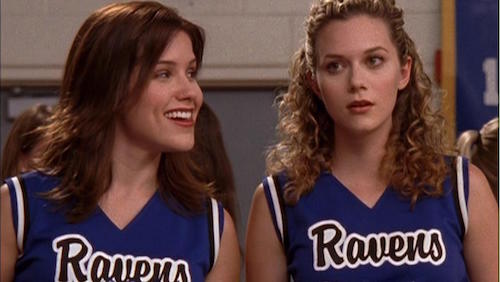 I guess a lot of male show-runners tend to think that we only care about a relationship so long as there is a male counterpart. But Brooke and Peyton were, a lot of the time, the heart and soul of One Tree Hill often showing viewers what a great friendship can be. However, their friendship was often sacrificed so that one portion of the love triangle with Lucas could succeed. While no friendship is perfect, I’m hard-pressed to believe that any man should be deemed more important than your childhood best friend.

It just goes to show how messy a love triangle can become. After all, it only took a psycho stalker to mend the wound between Brooke and Peyton.

When love triangles are done properly, it can be a great tool used to explore different characters and relationship dynamics. Sometimes, there is nothing I like more than a good love triangle. Other days, they make me want to pull my hair out.

The Cast For Leigh Bardugo's 'Shadow and Bone' Has Been Set

Warming Up for a New Season of 'The Walking Dead'