Keep Calm, Trope On: Anyone Can Die

Home » Keep Calm, Trope On: Anyone Can Die

We all have our favorite and least favorite tropes. From love triangles to slow burns, tropes are often the best ways to showcase great characters and storylines. They can also be frustrating and make you question why it is even a trope at all. In this bi-weekly column, we’ll take a deep dive into some of the most classic television tropes.

Last week, I discovered that a series I used to watch religiously growing up was available to stream on Amazon. What series did I spend hours watching as a kid you may be wondering? The good ol’ Degrassi: The Next Generation.

Way back when, this Canadian series used to play all the time on Teen Nick (back when that was still a thing). They used to have marathons that my sister and I would spend all weekend watching. It was probably one of the first shows that I got super into. So, naturally, I started re-watching it as soon as I realized I could and it got me thinking about one of the first TV deaths I was ever truly devastated by.

JT Yorke was on Degrassi: TNG since the beginning. We watched him make stupid mistakes, fall in and out of love, and really start to become an adult. That was until he was tragically murdered.

Like I said, that death truly gutted me when it happened. Maybe it was because I had a mega crush on JT throughout my time of watching Degrassi: TNG. But I think it was more so because of just how blindsided I was by it. Sure, this show is known for having some truly messed up story-lines. However, never did I think that they would kill someone off that was so beloved especially on a teen show. It’s not like I was watching The Sopranos. 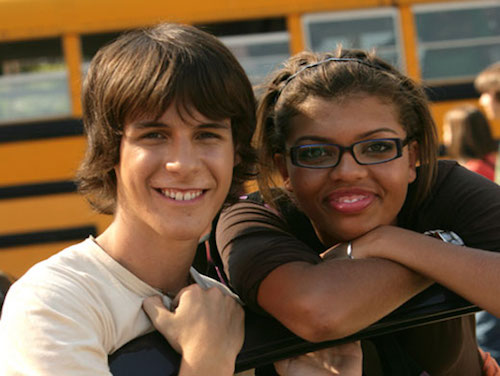 This death was also my introduction to the trope “anyone can die” which now I have become even more familiar with it as I have consumed more television. This trope is pretty self-explanatory. Essentially, writers want you to believe that no one — not even the fan favorites — is safe.

It obviously makes sense in shows where there are higher stakes like Lost and The Walking Dead. I mean, what is the point of watching shows where they make it seem as if death can come so easily yet no one dies?

Although let’s be real, nine times out of ten major characters are always safe. There is no way you can kill of Rick Grimes as he was the titular character of the series. The only reason he is gone now is because Andrew Lincoln is off making movies for the franchise. But theoretically, everyone else is fair game. I think Jon Bernthal and Sarah Wayne Callies’ characters are great examples of how this trope can play itself out to be generally effective.

I was shocked when Shane and Lori died – two very big characters that didn’t even last for more than a couple of seasons. You’d think with how important each character was that there was no way they could be killed off. But they were and that ultimately made The Walking Dead better because it made us not only think that these characters are in life or death situations but it showed us.

When you watch a show and you don’t know who is safe it not only makes you sit at the edge of your seat the entire time but it makes it so you never want to miss an episode.

Of course, many shows end up killing characters because actors want to leave a show. I’m not talking about that. I’m talking about deaths for the pure shock of it – to make for one hell of a television episode.

One of the best episodes of The Vampire Diaries is the penultimate episode of season two. The whole season leads up to this very episode – the moment in which Klaus would finally break the curse to become a hybrid. This episode is a perfect example of how this trope kind of works but is also a lie.

Half of the season was spent telling us that Elena has to die in order for the curse to be broken. But we all knew that Nina Dobrev’s Elena could not be killed off and of course, she wasn’t. But Jenna did heartbreakingly die and it showed us that just because you are the main character with a loved one (she and Alaric deserved better) it does not mean you are safe.

Grey’s Anatomy is notoriously known for breaking our hearts and killing off some of the best characters on the show. But that’s not exactly showing us that no everyone is safe. It’s showing us that some actors didn’t want to be a part of the show anymore and instead of giving them a happy ending, Shonda Rhimes would rather stomp on our hearts.

Although, part of me wishes that this trope was more fact than fiction.

Each week, the core group of agents in NCIS: Los Angeles is faced with extremely dangerous situations. My girl Kensi literally got trapped under a plane, fell into a coma and still managed to walk away. Don’t get me wrong – I would most definitely stop watching the show if Kensi actually did die. But, at the same time, don’t preach every single episode that the stakes are high and that our favorite agents could meet their ends if that’s not the case.

Ten seconds until a bomb goes off? Yeah, I’m still not worried that anything serious will happen to Callen, Sam, Deeks, or Kensi.

Shows can try as hard as they can to make us think that no one is safe but any television pro could easily assume otherwise. The only time someone isn’t safe is if they are not part of the core ensemble or if their contract is up.

I’d say that Game of Thrones has gone the farthest in showing us that this trope can exist. Now, I have never seen Game of Thrones (sue me) but from what I have heard about Red Wedding, I can only imagine how devastating character loss on that show was like.

I would like to finish this article by giving an “In Memorium” to some of my favorite characters that we so tragically lost because not everyone (unless you’re the top-billed cast) are safe. But honestly, that list is way too long because I watch too much television so I’ll just say this:

The audience is a lot smarter than you may think.

The Trailer For 'A Christmas Prince: The Royal Baby' Is Here