Fangirlish Best of 2019: Moments That Broke Our Heart

ROME AND PJ ON THE ROOF – A MILLION LITTLE THINGS

This is legitimately one of the hardest moments of television that I have ever watched. This is a moment that broke me. Please, if you are going to watch, know it can be triggering and watch it with care.

I won’t lose you, Rome utters and stands with PJ as he’s about to take his life. Rome let him know that he wasn’t alone. And that moment I knew that Rome is one of the strongest people I have ever seen on television.

THAT ENTIRE FALL FINALE OF THIS IS US

Rebecca Pearson has been a rock for everyone and the Pearson’s have stuck together through everything. BUT with the fall finale of This Is Us, you might as well have punched us in the throat, because for the first time, we’ve seen (1) a rift in the Pearson family and (2) Rebecca have what we assume is the beginning of Alzheimers disease. Everything hurts. EVERY LAST THING HURTS. This whole episode broke our hearts.

Sorry, we’re still watching the video and crying. Can’t even talk about it.

MISSANDEI PAYS THE PRICE FOR DAENERYS’S WAR – GAME OF THRONES 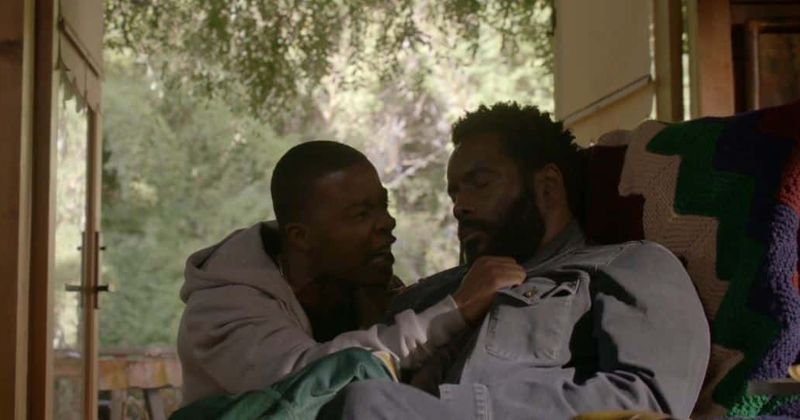 SPENCER FINDING HIS DAD – ALL AMERICAN

The scream that Spencer let out when he found his Dad dead in the chair, BROKE ME. I’ve had a parent pass away. I’ve felt what it is like to loose someone that you love after a complicated relationship. But I have never seen such a true moment, a true heartbreaking moment like this one. All American always hits you in the feels, but nothing like this moment. And that scream, that release of pain, will forever ring in our ears.

If anything, this one hurt because we saw it coming a mile away and it was just so poorly set up. It hurt because it was not just bad writing, it was absurd writing. And it hurt because it felt like sacrificing two of the characters that had make this show what it was, and for what? Shock value? Because let me just tell you, Game of Thrones, absolutely no one was shocked.

We were – are – just angry. And betrayed. And oh, yeah, we hold grudges. Don’t count on us re-watching any part of this show. The ending ruined all our love.

EVERYTHING FROM WHEN THEY SEE US

The entirety of When They See Us is hard to watch. It would be hard to watch if it were fiction, but to know that this happened, that we allowed this level of injustice …it’s heartbreaking. Just as heartbreaking? To realize that the world hasn’t really changed enough, that things like this can and still do happen.