2019 End Of Year Lists: Moments That Restored Our Faith In Humanity

Home » 2019 End Of Year Lists: Moments That Restored Our Faith In Humanity

2019 has been a rough year for many. Whether politically, climate, or personal, it seems like this year was one of eye opening attention to what needs to change in 2020. That can be a good thing, or a little scary, but nonetheless necessary.

But there were also moments of 2019 that restored our faith in humanity. Ones that gave us the warm fuzzies, opened our eyes and brought a smile to our face.

Here are a few of the 2019 moments that restored our faith! 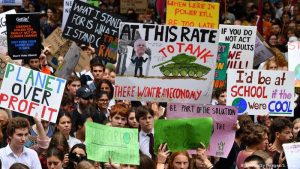 Okay, lets be real. There are endless memes, posts and comments on social media mocking the current generation as sheltered, guarded and ignorant to the realities of life. But is that really true? Not in the least, and this year many students proved it. After years of cries for change to the ongoing climate crisis fell on the deaf ears of politicians and ‘adults’, students across the world took the initiative to step up and call for change in student climate strikes all over the world. It involved students taking time off class to walk out and call for politicians to take the concerns of climate change seriously, and to seek honest, real and effective change polities before it is too late. These young people opened the eyes of many, made their voices heard, and reminded us that the youth of the world have power to force change as much as any other generation.

I will admit it. I am late to the Prince EA fan-wagon. The spoken word artist has been speaking out for change, against racism, raising awareness for climate change and more since 2005, and his unique, forward thinking and direct words resonate with many. He has more than 200 million views on YouTube with a variety of social change videos. He is also the creator of the Make SMART Cool project. The “Make ‘SMART’ Cool” movement (Sophisticating Minds And Revolutionizing Thought) attempts to “promote intelligence to everyone, everywhere and integrate it with hip-hop. To create and nurture, without discrimination or preference, a community of free-thinking individuals under the singular purpose of promoting the ideals of education, intelligence, unity and creativity throughout the world at large.” He is using his talent and a unique way to bring attention to subjects, and is a force to be reckoned with.

This is one of those warm fuzzy moments I mentioned earlier. Does it change the world? No. Is it impacting society to right wrongs or improve? Not really. But it does show small acts of simplicity and kindness that can be as memorable and gripping as a game changing event. And official from the 2019 Rugby World Cup played with the wild whale near the Arctic Pole, where it is seen retrieving the ball thrown and bringing it back to the boat to be thrown again. It already made the rounds online and has gained millions of fans to the clip, showing the bond between man and animals is still alive and well.

Sometimes You Just Need a Hug

So this one happened at the end of 2018, but it made the rounds on social media in early 2019 and left everyone who watched it with a warm, squishy feeling inside. A Georgia couple took their two year old son to the park, but when they told him it was time to go, he had one thing to do before they left. His father video taped little Jude as he wandered around the grass, hugging every stranger he came across. There had been a concert going on, most people unaware of the child until he wrapped his little arms around them. The smiles from the strangers, and the uninhibited love and affection from a child made this definitely one of our most heart warming moments of 2019.

This particular moment made me cry. Not just a gentle tear sliding down my cheek, but ugly Kim K kind of crying as I sat in my office trying to hide my emotional state from my colleagues. A wedding day is meant to be one of the happiest days of your life. But sometimes you can’t help but feel the absence of a family member on that special day. This bride, Katy, wanted to make sure her groom, Brian, had the opportunity to have his deceased brother, Jake, present in a very special way. When Jake passed away suddenly in an accident, he was an organ donor and went on to save the lives of others through his incredible gift. As a gift to her groom, Katy invited Gracie, a young woman who was the recipient of Jake’s heart. In a tearful and beautiful moment, Brian is able to heart his brothers heartbeat through Gracie, on his wedding day. Warning, the video will make you cry like a baby! 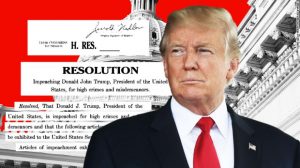 Look, he’s not our President. Don’t give a fuck. But the House of Representatives rose to the occasion and impeached him on Abuse of Power and Obstruction of Congress.

It takes a lot to stand up for what is right and we’re thankful that those who voted for impeachment and did what was right.

We know that this was something that takes a huge amount of courage and we can’t imagine how scary that was for her. But we do know that her courage saved lives and touched millions of souls. It was the reaction to Melissa’s announcement that restored our faith in humanity, because people reacted feeling safe in telling their own stories. Melissa restored our faith in people, with her courage and we will always be thankful for that.

These are only a few of the inspirational and heart warming moments of 2019 that reminded us of the strength of the human spirit, our resilience, and restore a little bit of faith as we welcome 2020.

Let us know of your own moments that restored your faith in humanity, warmed your hearts, and gave you a serious case of the ugly cries! Share in the comments.

Decade Roundtable: Most Underrated Book Series Of The Decade

Decade Roundtable: The Worst Movie Of The Decade