(Wo)man Up: Sisterhood in ‘Practical Magic’

The number of films and series with female-centric plots is growing, but the number is still lower than we’d want. In the past, however, we’ve had some terrific productions with strong women that are worth talking about and analyzing, even nowadays, especially because of how they reflect on contemporary pop culture. I believe it’s time to bring them back to a new, younger (and even older) audience.

Which is why I’m starting this weekly editorial, titled: (Wo)man Up, to do exactly that. And to get the series started with a bang (or with some wand-work), we’ll focus first on 1998 film by Griffin Dunne – Practical Magic. And it’s an auspicious time, too as it was recently announced that HBO Max is preparing a prequel series based on this film and its characters.

Practical Magic is a story about loss, grief, and love, but mostly – about sisterhood, and the strong bond between women. Even though it starts with the love spell (as children, sisters decide to search for an ideal man), it doesn’t revolve around finding said man.

The film is about being a witch – first and foremost. It’s also about being part of the sisterhood, not only literally but also metaphorically. Gillian (Nicole Kidman) and Sally (Sandra Bullock) were born in a family full of magic. Their parents died, and their aunts were the ones who raised them: Frances (Stockard Channing) and Jett (Dianne Wiest). Everything starts with the love spell – as young girls, the sisters cast a spell that supposed to find the, their perfect love. Years later, Sally is married with two beautiful daughters, while Gillian travels the world. But life is not always easy, and everything comes crashing down when Sally’s husband dies. Gillian comes back to help Sally, but she’s also on the run from an abusive boyfriend, Jimmy Angelov (Goran Visnjic). 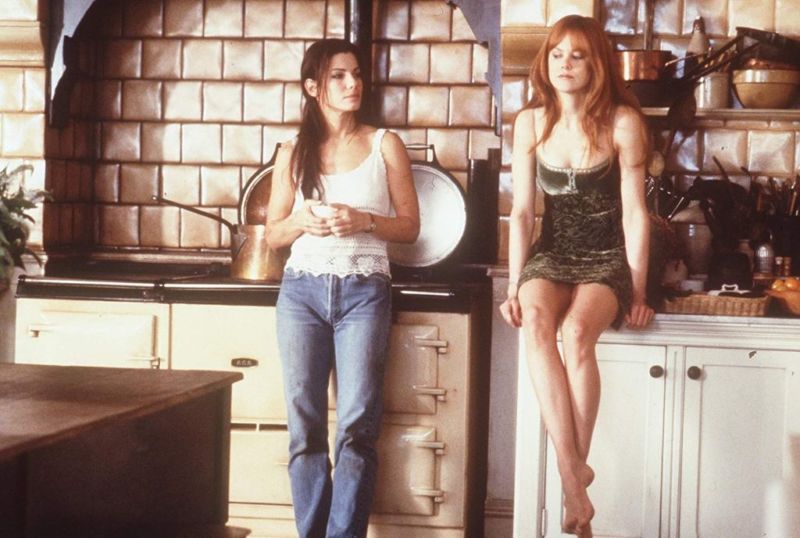 “Of course you’re going to see me again! We’ll grow old together(…) I bet we even die on the same day.”

The sisterhood presented in Practical Magic is very important. It’s literal, yes. The film portrays the bond that Gillian and Sally Owens have: they can simply think of each other, and the other sister will feel that. The matter of sisterhood is also metaphorical. Owens women symbolize not only family ties, its problems, and exceptional moments, but they also signify womanhood, women’s union. The plot above manifests prominently during the scene of Jimmy Angelov’s exile. Women from all over town come together to help the Owens, with the help of magic and said women empowerment. At that very moment, it’s not the magic that lifts them up the most; it’s all the women supporting each other. It may also indicate the metaphor – when we unite, we can face anything. 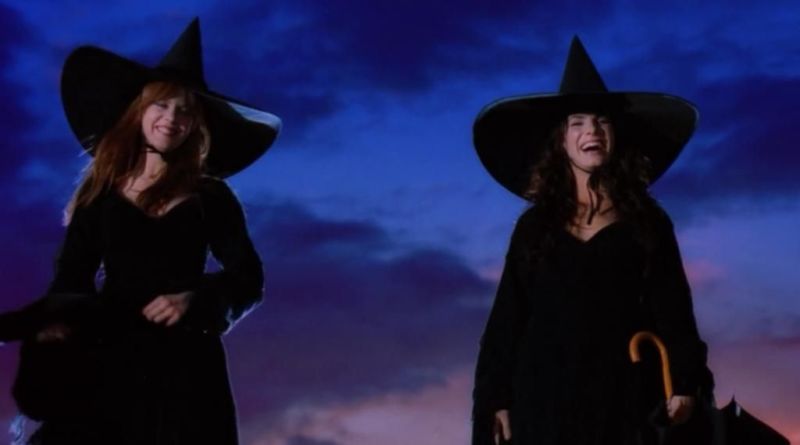 “My darling girl, when are you going to understand that being normal is not necessarily a virtue?”

Dunne thoroughly delineates the problem of prejudice that close-minded people of the town seem to be known for: Witch, witch, you’re a witch! , children chant at Sally’s daughters (Evan Rachel Wood and Alexandra Artrip). It’s a known problem, even in today’s society – especially among children. The movie takes the problem and, by with characters’ personality and story-line, shows that behavior as toxic. We may conclude that the film gives a younger audience a lesson that they can use in everyday life.

Being a witch can be easily projected into today’s society issues: being LGBTQ+, race, personal beliefs, etc. As the film shows, the central characters are struggling with being bullied: because of who they are. One can delve and positively perceive that the correlation between being a witch and being, for example, a member of the LGBTQ+ community is uncanny. People are very rude to the Owens family. The clan is consistently discriminated against, and not included in the town’s activities. Young kids throw little stones at Sally’s daughters, because they copy their parents’ behavior. We can unmistakably see similar traces of discrimination nowadays. The way young adults treat the LGBTQ+ community, or people of different races reflects in the way their families used to do. However, as the film progresses, residents realize that being a witch: a good witch, is not something they should be afraid of. That topic makes Practical Magic a genuinely universal film, whose messages apply to so many other arenas, even all these years later. 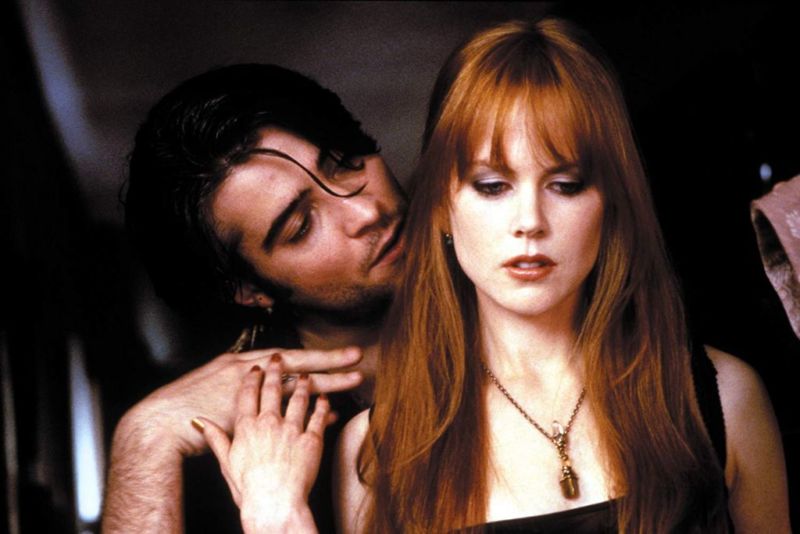 “She knew that when you hear the sound of the deathwatch beetle, the man you love is doomed to die.”

Practical Magic is a kind of film that is still very relatable, although it was created in the 90s. Bullock’s Sally struggles with the death of her husband and, in the meantime, she tries to fight the prophecy (Owens women cannot be happy in love). Every woman who experienced the loss of a loved one – either by passing or leaving, can relate to Sally. The character depicts all the stages of grieving. At the same time, the writers portray her as a strong woman. It proves that women don’t have to be one thing: she remains tough even in the hardest moments. The same kind of strength is the one Gillian Owens posses. Her relationship with Jimmy Angelov is incredibly toxic. The man abuses her, physically and emotionally and, at first, she lets him. However, the character realizes that it won’t stop, and she decides to call her sister. So, in a way, this movie gives women power, as well as hope. After that, Gillian is unbreakable, and even possessed by Jimmy’s ghost – she doesn’t let herself disappear and fights with all her might.

Every action in Practical Magic is by and for women. One may think that being a witch symbolizes being a woman in real life. In both, it takes a lot of courage and inner strength to face the world. Particularly in modern society and work environments that occasionally aren’t very different than the one portrayed in Mad Men. Even if work laws have changed, there is still a lot of gender discrimination. It correlates with the topic of witches in Practical Magic, and the prejudice of small-minded people. The creators show the history of Owens women, the stake where witches burnt, then jump to the present. There is still a prejudice: not burning at the stake anymore, but emotional bullying and social exclusion.

Gillian and Sally’s life shown in the film, with Stevie Nick’s music in the background, is the life of an ordinary woman. However, with the beauty of magic and the subject of true sisterhood, the production draws female characters in all their glory. Their personalities are not flat, but rather multidimensional. Their needs and hopes portrayed in the entirety of its nature. Practical Magic may not be a complete game-changer when it comes to the female leads in films, but it’s good to go back to it – especially during Halloween season, but not only then.

I mean, Stevie Nicks is always good, am I right?