Keep Calm, Trope On: Jerk with a Heart of Gold

Home » Keep Calm, Trope On: Jerk with a Heart of Gold

We all love a good redemption arc. It is a classic device, used to really examine a character and those around them.

One of the most common ways to start a redemption arc is by introducing us to an unlikeable character right from the start. From day one they are labeled as “the villain,” and continue to make questionable decisions that make you think that that person cannot possibly be good.

Then, with a few subtle hints here and there, we come to learn that the jerk we all thought this character was, is actually a huge softie inside.

What I think is the best example of this is Nathan Scott from One Tree Hill. It is my belief that his character has the most growth that I have ever witnessed in a television show. Now, I love Nathan Scott, but the reason I grew to love him so much is that we got to see his journey from a high school jock who was a complete asshole, to someone who became a loving and supportive father and husband.

Seriously, Nathan Scott is the epitome of this television trope.

Throughout the first half of season one, we are shown just how much of a jerk Nathan was. He was an awful boyfriend to Peyton, he continued to bully his own brother, and chose to pursue Haley in the hopes that it would piss off Lucas. He was not a good guy at first. But as the show went on, we started to see a whole new side to him. We got to see how much pressure he was under from his father, who was more or less abusive to both Nathan and his mother.

And then Haley comes along. While he sought her out for tutoring just to get back at Lucas, a real relationship started to form. It was Haley that allowed him to open up and realize that who he was, well, it was not the person he wanted to be. With the help of Haley and eventually his brother, Nathan truly became a great man who loved his family more than anything.

I could go on and on about Nathan Scott and how beautiful this trope played in One Tree Hill, but he’s not the only one who has this kind of story-line.

Damon Salvatore (The Vampire Diaries) also started off as the bad boy who wanted nothing more than to destroy the life of his brother and everyone he cared about. Deep down, however, he was just a vampire who had been burned too many times and just wanted the woman he loved back. I will say that Damon isn’t necessarily a great example of this trope, because he really can be a villain at times. He killed his girlfriend’s friend just because she (well, technically it was Katherine at the time) dumped him.

That’s why this trope can be a tricky thing to play out. You can go the route of Nathan where he really becomes a good person and stays that way. Or you can continue to go back and forth as Damon does.

Another show that sort of meets in the middle of this trope is Once Upon a Time. Killian Jones aka Captain Hook was definitely not on the same category of “good” as the Savior, aka Emma Swan was, when they were introduced. When we first met him, he was teaming with Cora who was the big bad at the time. Turns out, he was just doing what he thought was necessary to avenge the death of his late lover.

When he met Emma, he really began to shed his villainous skin and become vulnerable. He helped her out on multiple occasions and started to care for both her and her family. Eventually, the two fell in love and lived happily ever after, but with the way he was first introduced, you would have never thought that was gonna happen. I guess people love the idea of one person changing another person to become better. My question is – why does a person have to start off being bad at all?

When a character starts off as a terrible person and the more the show progresses with them as a bad person, it makes you not want to root for them. One of my biggest contentions with Once Upon a Time is Regina’s arc. She was the Evil Queen and during her reign, and she did a lot of terrible things.

As the show went on, and while Regina continued to do more evil things, they attempted to make us believe that she actually did have a heart and felt things. The problem is that they spent so much time at first trying to convince us that she was awful and evil, that for us to believe that she did have a heart of gold was a bit far-fetched. It is as if the writers just changed their minds ,and wanted her to be viewed as a better person when in fact, for so long, she was not. 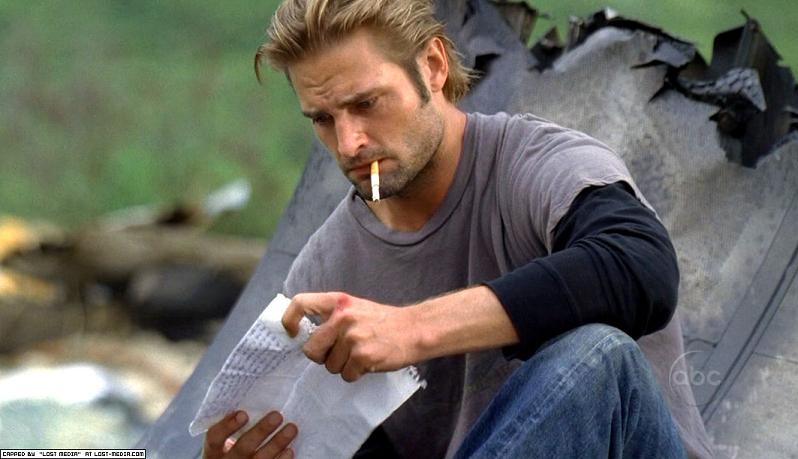 As I said, this trope can be extremely tricky, but there is a reason it is done so often. Opposites attract and it is as simple as that. Just kidding – it’s a lot more complicated than that.

This trope is a fantastic way to develop complex characters. Characters, like Sawyer from Lost, are some of the most well-written and fascinating characters out there. Sure, people love Jack – I actually like Jack a lot – but the characters that are more complicated and have layers upon layers tend to be more beneficial to a show than just another straight-laced character.

Alex Karev (Grey’s Anatomy) easily became one of the most interesting characters later on in the series run because each season sort of peeled back another layer of him. He went from being an annoying misogynist to someone who deeply cares about his work and his friends and family. Izzie, Meredith, Jo, etc. all played a part in helping us understand why Karev was the way he was when the show first started. Now, he probably has one of the biggest hearts of gold in the series.

This trope, like all others, plays out differently on various shows. But they all have an end goal of making us truly feel for a character. And I have to say, they usually succeed.