Brie Larson & Tessa Thompson: How They Gave Me a Superpower

Home » Brie Larson & Tessa Thompson: How They Gave Me a Superpower

I was lucky enough to attend ACE Comic Con Midwest in Rosemont, Illinois last weekend. The first panel I attended was A Conversation with Brie Larson and Tessa Thompson, moderated by the amazing Angélique Roché. It was the perfect to start my weekend at the convention, because it made me feel like I belonged there.

It’s no secret that being a woman and a fan of comics can come with some pretty awful side effects. I will never forget when I watched Captain America: Civil War with a group of people, and one of the men in the group assumed the only reason I was Team Cap was because I thought Chris Evans was attractive. That man never once thought that I could agree with Cap’s distrust in the government, or that I could show resistance to regulate superheroes when they are only a threat if there is a much bigger and worse threat to be handled by them. But that’s a debate for another day.

It’s also hard to ignore the leering eyes when my best friend and I browse the comics books at our local used bookstore or comic book store. Once, a man even told us that he was proud of us for reading comics, as if we needed to be congratulated for liking superheroes and reading their source material. He might has well have patted us on the shoulder.

Both of those examples are condescending and inherently sexist. They aren’t the only times I have experienced something like this because of my love for comics and their film and television adaptations, and, sadly, they probably won’t be the last.

For some reason, it is still so difficult for some people to wrap their heads around the fact that hobbies and passions have no gender. Women have loved comic books and their adaptations for a very long time, and I don’t see that going anywhere any time soon. In fact, I only see it increasing with more movies like Captain Marvel, Thor: Love and Thunder, Wonder Woman, and Birds of Prey. 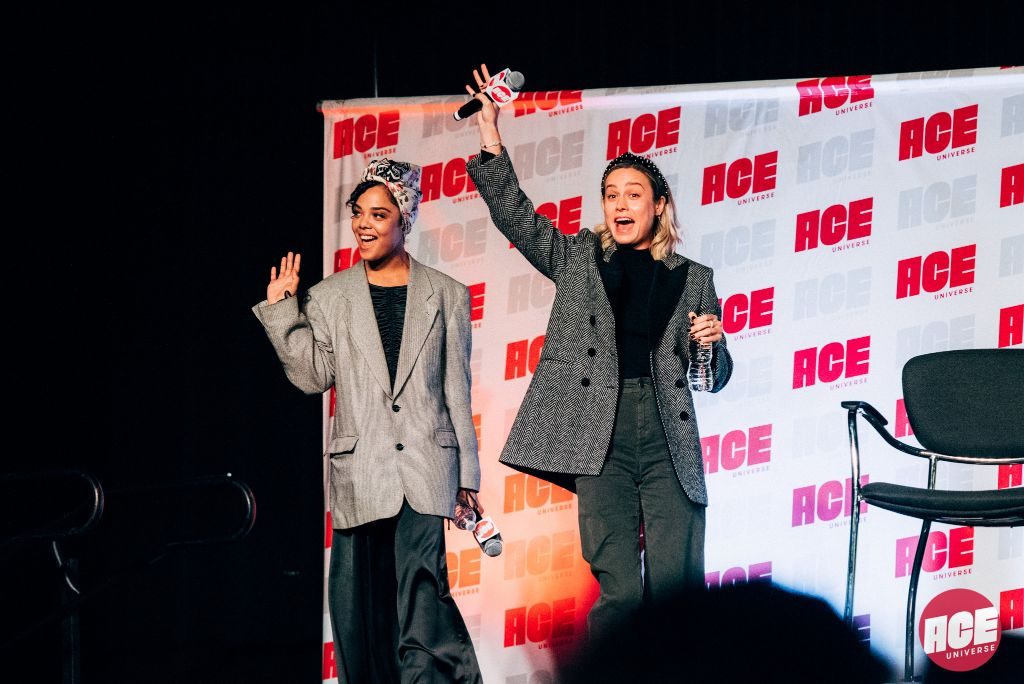 Because of projects like those and growing representation in movies and television, it’s becoming easier to be a female fan of comics. However, there is still so much pushback from toxic members of the comics fandom who don’t see these projects as necessary and diminish the strength and humanity of characters like Carol Danvers and Valkyrie. There is still a reluctance to accept the positive change that is happening within the fandom, which makes it difficult to provide spaces for more diverse stories, told by equally diverse voices.

This is why Brie Larson and Tessa Thompson’s panel at ACE Comic Con deeply affected me. The way I felt during the panel stuck with me for the rest of the convention, and it made me realize that I had every right to be there and celebrate my love of comics. It was comforting to be in a space where my presence didn’t feel unwanted or questioned, but appreciated and accepted.

That panel was a place where women’s successes – past, present, and future – were applauded. Brie wasn’t shamed for being strong enough to push a jeep, and Tessa wasn’t looked down up for playing the first LGBTQ+ woman of color superhero in mainstream. 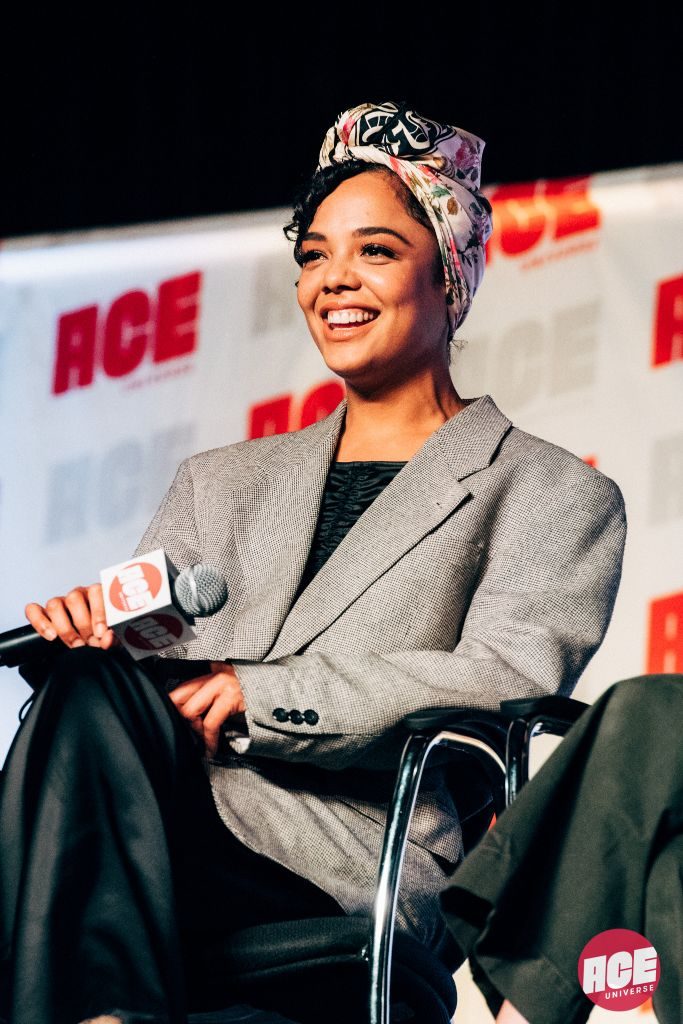 It was a place where Tessa and Brie spoke fondly of their love for and support of the LGBTQ+ community. Tessa specifically said:

“I just want to say to all the folks out there, like, if you are coming out, if you have, I see you. If you have reasons why you’re not ready, I see you too. You are loved. You are supported. And I hope that we can get to the space where… I feel so proud to get to play Valkyrie in this way, but I hope we can get to the space where we see so much representation that we don’t have to congratulate anybody. Because we know that it just exists and it’s not going away. And I’m really proud that I feel like I see that more and more, but you guys are heroic to me.”

Brie, Tessa, and Angélique made the main stage a safe place for fans of comics who haven’t felt fully accepted by the mainstream. None of the questions or their answers felt pandering, because members of the audience saw themselves reflected in the Q & A. When Brie said, “We want to see females working together, ideally in their own film,” the room erupted in cheers and applause, because they too want to see the women of the MCU team up in a show-stopping film. I know I would go see an A-Force film, or whatever the creative team may come up with, a million and one times. 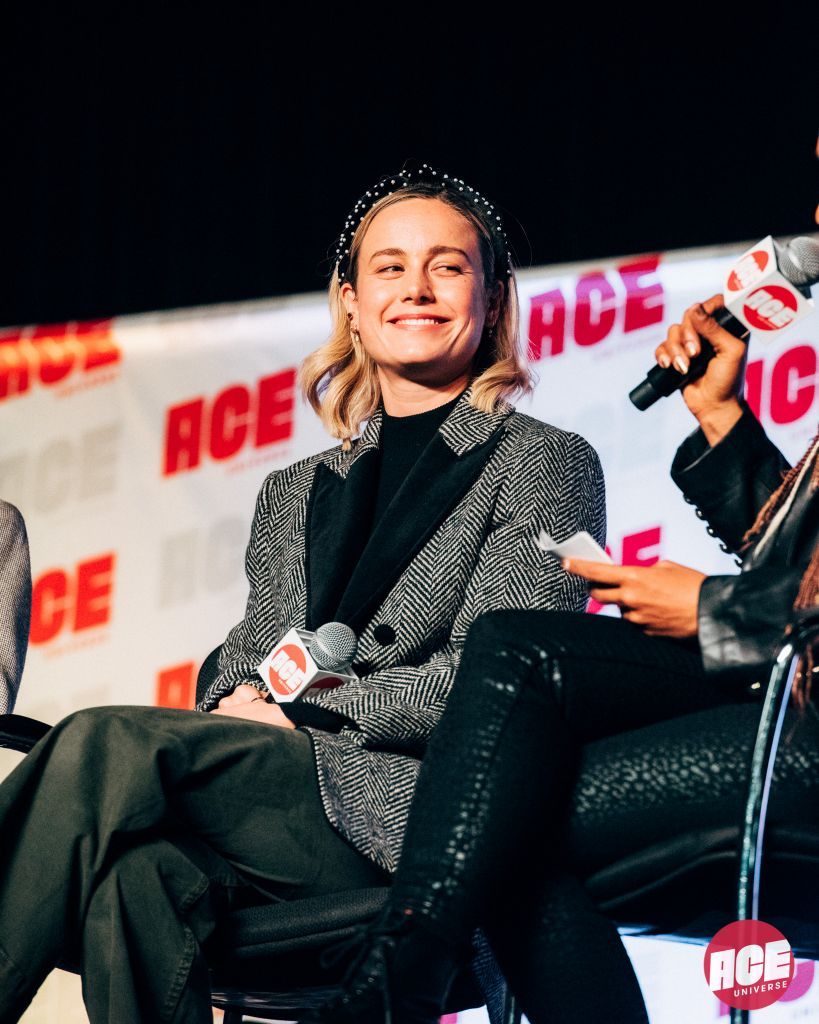 Brie also said that she got involved with films because she had always loved them, but also because she didn’t see herself in them. She said, “The thing that kept me in it was watching movies and not connecting to them.” She went on,“It made me feel like my experience didn’t exist within other people.”

For the longest time, I felt the same way about comics and their adaptations. It was so difficult to see myself and some semblance of my story represented in comic canon or otherwise. Fierce and diverse female characters existed, but they weren’t given the spotlight they deserved. That is why it was game changing to see women turn away from damsels in distress and lean into their strength but still have such vulnerability. Because guess what? Women can be multiple things at once.

Tessa spoke about what it meant to play Valkyrie and show her complexity. She never once discounted Valkyrie’s vulnerability as making her less of a warrior, superhero, or woman, because it makes her better. She said:

“To me, playing Valkyrie, her strength is when she is able to be vulnerable. When she is able to say, like, “All my sisters died and that sucks and I, like, drink a lot because of it. And I don’t know why I’m here anymore,” and “I feel like a lot of us feel that way sometimes.”

Like Tessa said, sometimes it can feel like you don’t belong somewhere anymore, or never really did in the first place. My journey with comics has felt that way on numerous occasions because of the way others have treated me. This panel reminded me that I don’t need the permission of those people to love comics. I felt bonded to all of the other people in that room, including Brie and Tessa, because we were all there for the same reason. We loved comics, Valkyrie, and Captain Marvel. 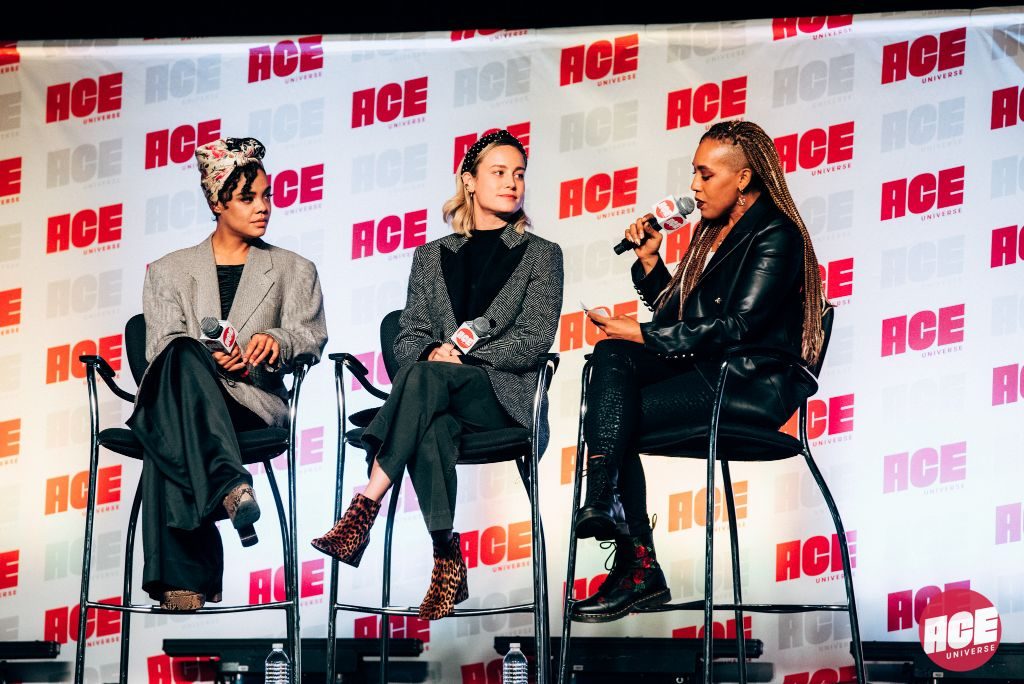 Brie and Tessa felt like sisters giving me advice on how to navigate the world as a woman and as a fan of comics. They made me feel unstoppable for the rest of the weekend, when I was so unsure of myself from the start. They helped me realize I had found a community that wouldn’t give me a second glance when browsing comics or purchasing a Funko Pop of my favorite superhero.

Brie Larson and Tessa Thompson gave me the superpower of confidence. It sounds cheesy and unrealistic, but it couldn’t be more true. There may always be people who think I only love Captain America because of Chris Evans’s physical appearance, or that it’s odd for me to buy comics, but their opinion doesn’t matter. I am passionate about comics and storytelling, and I’m not going to shy away from that to feel smaller around those who don’t want me to exist in spaces like bookstores and conventions. 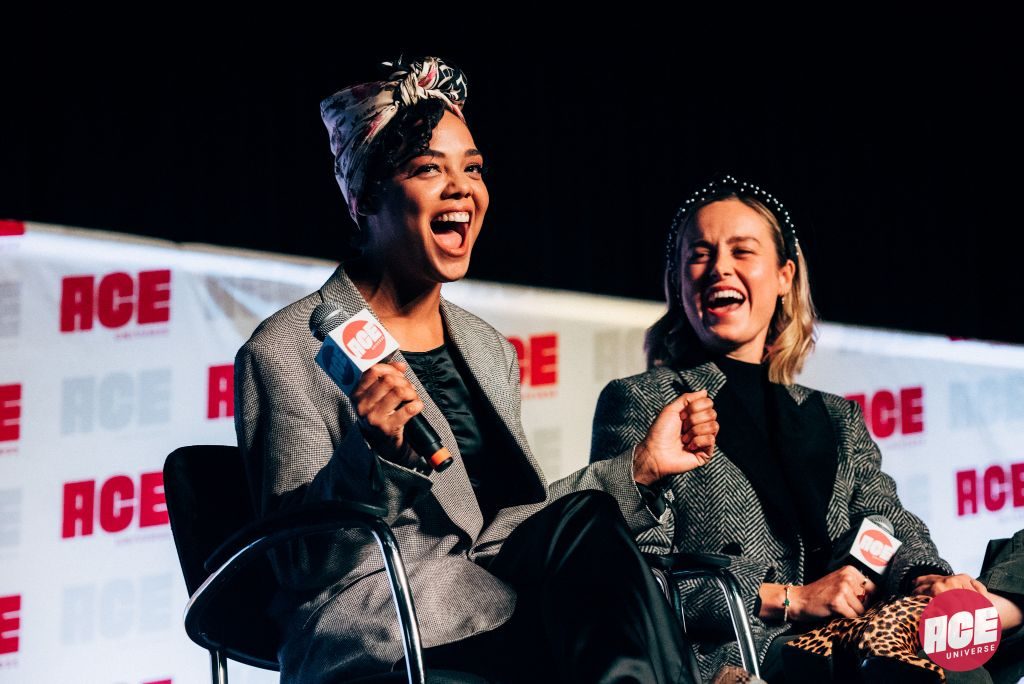 In my experience at ACE Comic Con, there are so many more kind people than rude ones. There is a community that exists that wants to make a safe space for as many diverse voices as possible. I felt that at Brie and Tessa’s panel. Whether it be through Angélique’s thought-provoking questions, Brie and Tessa’s heartfelt answers, or the love radiating throughout the crowd, I felt like I belonged there, because I did.

I will never be able to thank Brie Larson, Tessa Thompson, and ACE Comic Con enough for helping me remember that I belong in the Marvel fandom, and I shouldn’t be ashamed of my love for comics. That affirmation will stick with me forever.