On this week’s Evil, entitled “Exorcism Part 2” we get to see the consequences of the “successful” exorcism that happened in episode five, earlier this season when Caroline Hopkins sues David and the church. And a lot of love… squares.

But you know what? After the last couple of episodes, I don’t even care. Somehow, Evil has taken so much time in making sure we root for David and Kristen that it doesn’t even matter that they’re tied down to their respective SO’s (Andy, and … well… god).

Who I wasn’t ready for is Renee Goldsberry.

The sister of David’s late… lover. She’s brought in as a lawyer to help with the suit, and honestly- I didn’t love her character to begin with. But then I really didn’t love it when she walked into David’s room and told him she always had a crush on him?

I’m… not sure what the point was. 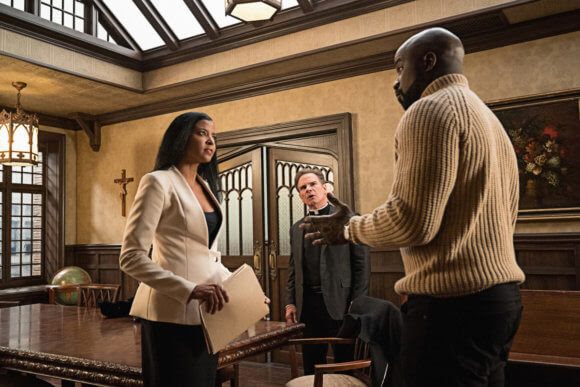 They’re not children, and I think no matter how cool you are, there’s a basic code in this world that says: Don’t date your late sister’s man.

Anyways, there’s an ending shot of Renee opening her legs, as she tempts David to have sex with her. It was abrasive, and a bit cringey and I’m not 100% sure what they were going for. We don’t know if David fell into the temptation, but if he did- I hope that’s not the reason that he decides on not being a priest. I really hope Renee has nothing to do with David’s decision to not be ordained (if that’s the way the plot progresses)- rather, it’s something he comes to understand and decide for himself.

Even Renee telling him that there are other ways of serving the church without having to marry it- seemed a bit out of line to me. She has no real relationship with David, other than her declaration, and in all seriousness, David seems smitten with someone else. 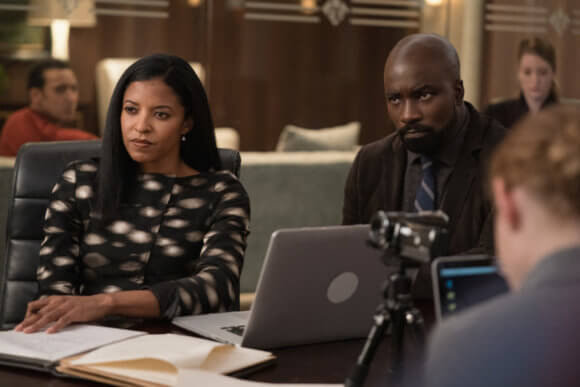 One thing is for sure. No matter how many times the show reminds us that other women are attracted to David, and that Kristen has a husband- the very few glances and smiles that were shared between these two really just solidifies the connection they have. Even Kristen being the one who helped bring down Caroline Hopkins’ lawsuit, just goes to show how much she cares for him- and is not judging David on his past life.

The connection that I’m not 100% certain of though, is Leland’s connection to David. All episode, we watched Leland train his weird up and coming incel patient, Sebastian to act out a violent crime.

And in the end, Sebastian accidentally shot himself. But not before we saw that Leland wanted his patient to kill David, and his prayer group. It’s still not really clear why, but the 60 have something to do with demons and their sigils… and we know that David has garnered the attention of God. Maybe it’s all connected?

What did you think of this week’s Evil? Let us know in the comments below!

Fangirlish Best of 2019 Lists: Our Top Fandoms Of The Year