Not the interview you were thinking of, was it?

This week on The Morning Show, on an episode entitled ‘The Interview.” we see everyone suffer from the consequences of their actions.

And man, does everything blow up.

It’s one of the longer episodes, at an hour and six minutes, and we see all the different ‘teams’ trying to figure out their plays. Chip, Cory, and Bradley meet with Mitch, who tells them it’s Hannah- and I have to say, watching Bradley Jackson own that room of men is great. Shutting down Mitch and even Corey when they push her to go through with the interview as soon as she possibly can, shows us that Bradley is just as tough as we first thought.

On the other hand, we see Alex talking to the new EP who will replace Chip, and Fred talking to Maggie who tells him that she may have a piece coming out soon- that will take him down.

Honestly, the hour started off so differently from how it ended, and I think the contrast is something we were supposed to see. Watching how cold Alex and Bradley were to each other, how awkward Chip and Alex were in the hallway- it all just felt wrong.

I’ve been saying that I wanted to see more of these very flawed characters, come together and help fix not just a broken system- but themselves as well. And I think this week’s episode was the first glimpse at that.

Sadly, it came in the wake of a death.

Her drug use, and the way she handled everything, was such an indication that she was not right. But her interview (the episode’s namesake, I believe) with Bradley was seemed to set her off. I do not think Bradley was at fault. She didn’t cause Hannah’s overdose, but wow- so many what-ifs in this scenario. In the end, it is Hannah’s death that sets everyone off, and Alex and Bradley tell each other everything.

And decide to take Mitch and Fred down. 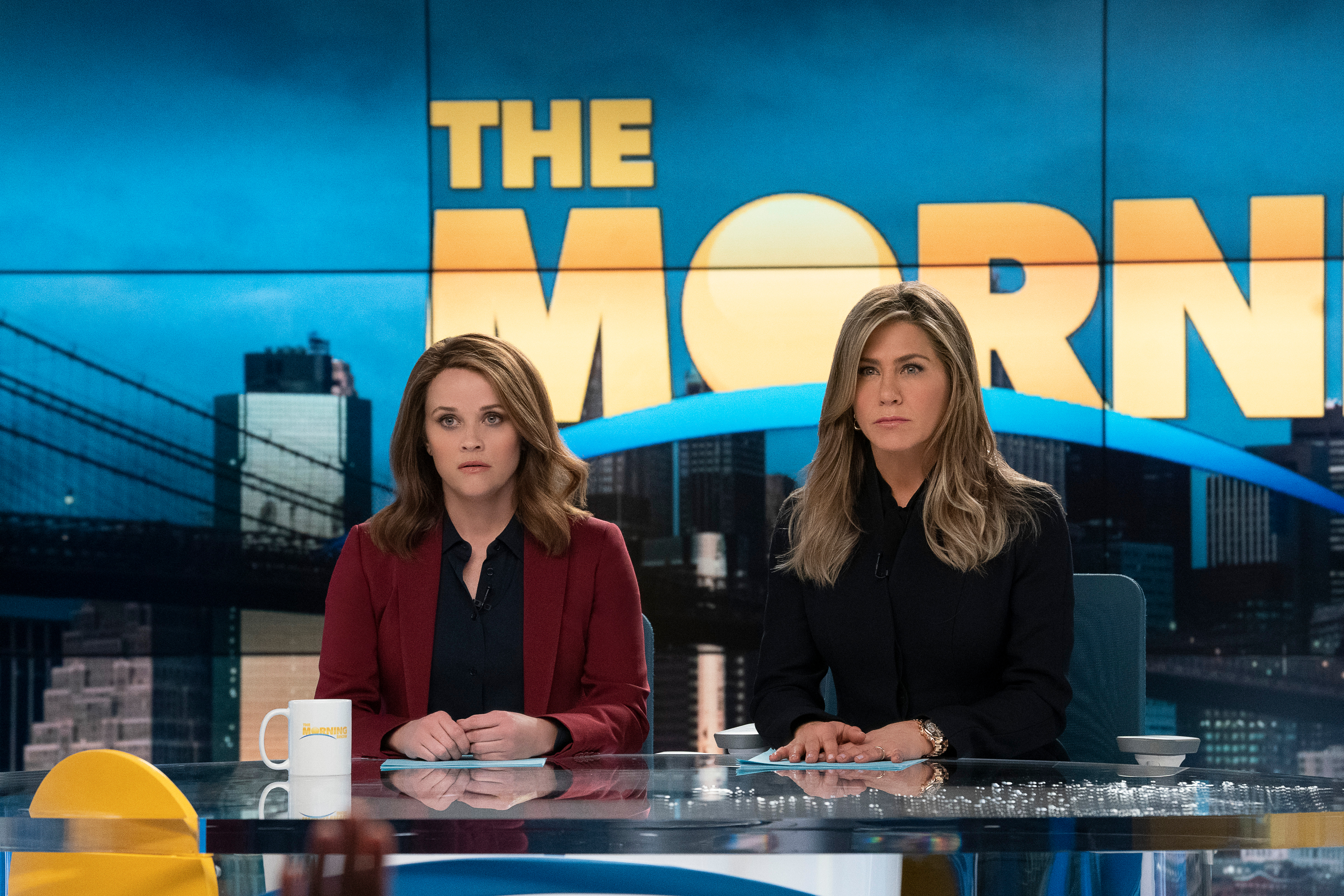 Now, I know this part was a bit dramatic- and I don’t think anything of the sort could ever happen in real life, but watching Reese Witherspoon and Jennifer Aniston play off each other, was amazing. They condemn “all the Fred’s and all the Mitch’s” – and Alex even apologizes for turning a blind eye.

Something about this whole scene made me tear up. All season long, I haven’t been sure who I was supposed to root for. I have loved Jennifer Aniston’s portrayal of Alex, but she is deeply dysfunctional- and sometimes, Bradley could get annoying. But watching everyone finally be on the right side of this- Hannah’s side, made me fist pump in the air. But also, the idea that perhaps humans aren’t just inherently disappointing felt amazing.

A special shout out also goes to Billy Crudup’s Cory Elison – for not just making sure Bradley and Alex got a bit more extra air time, but, also going to Mitch and having Bradley’s back. A part of me wants to see there’s some underlying sexual tension there, but I don’t want to jump the gun just yet.

What are your thoughts on this week’s episode? What did you think of the season? Let us know in the comments below!

New episodes of The Morning Show are available every Friday on Apple TV+.

Decades Roundtable: The Most Influential Fandom

Fangirlish Best of 2019 Lists: Our favorite BROTPs from 2019