The end of season 2 of Famous In Love brought with it the devastating news that there will be no season 3 for fans to look forward to. So while we mourn the end of this show, let’s take a look back at its second and final season.

This season could have been much better than it was because there was so much potential. There was potential to delve further into the stories of the characters we had come to love over the course of the first season. Instead, it felt like season two was used to reinvent the show when it hadn’t even truly gotten its footing the first time around. The first few episodes were rocky and hard to watch, honestly. It felt like as if, as a viewer, I had landed in an alternate universe where all of the characters I thought I knew had transformed into unrecognizable ones during the hiatus. As someone who has always rooted for more character-driven stories, season two of Famous in Love only leaned into those stories when it was too late. When the final hours had arrived, that’s when the show felt more invested in Rainer’s recovery and self-discovery, Paige’s confidence, the weight of Jordan’s court case, and so on. The characters got lost in the Hollywood drama, instead of finding a balance between it and the characters’ personal journeys. There could have been a clearer union between the two, like there was towards the end of the season. The drama was fun to watch at times. If only the same could be said about more than a few of the characters. 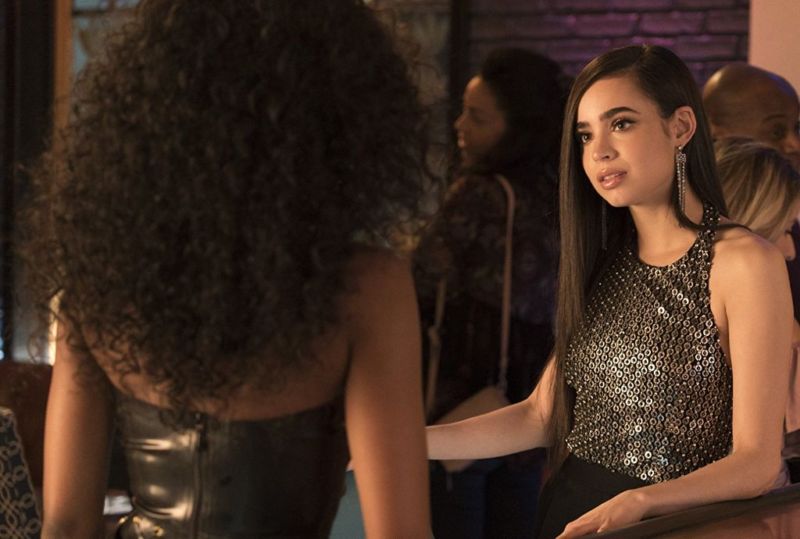 Coming from a completely biased opinion, casting Danielle Campbell and Sofia Carson this season was a great decision. They were great additions and could bring in very different audiences from their respective careers. Fans of The CW’s The Originals and Disney Channel’s Descendants films most likely spilled over and watched Famous in Love. Overall, their presence shook up the season. If only they had been around a bit more.

With Locked finally wrapping this season, Redemption Ridge took the spotlight as the next big film all of the characters would be going after. This film brought a really fantastic and quite unexpected twist with it. That twist is Harper Tate making up her own company and snagging the rights for the film from the author and from right under Nina. It was also the perfect device to further the existing plots in an interesting way. Redemption Ridge was also the project that pushed Rainer to reclaim his career and find passion in his work again. His dream project was on its way to becoming a reality by the end of the second season.

These two found their way back to each other in a way that felt organic. It made sense. Out of all the insane and unlikely events that took place during the season, Paige and Rainer choosing each other after choosing themselves made sense. Their kiss was not exploitative or pushed for a film. It was just them, standing in the middle of a lot, standing in the sun with each other. After dealing with the awful things that continued to happen to both of them over the course of the ten episodes, they found a moment of peace and happiness with each other. It was romantic to watch. It felt like the perfect, Hollywood-happy ending. Outside of their relationship, Paige and Rainer were both able to stand up to their significant others and the powerful people in their lives. That was a big step for both of them. A personal favorite scene was when Rainer picked Paige up after she had a panic attack before their television appearance. Rainer does not push her or make her more stressed. He steadies her. Paige pushes Rainer, in the best way, and forces him to look his dreams in the eye. Basically, Rainer and Paige were a power couple before they were even a couple.

WHO DOES NOT LOVE TANGEY TURNER? That’s right. Everyone loves her for all the right reasons. She’s the best. She called out the damaging sides of fandom when her fans started attacking Alexis. She told them, “You can’t show me love by hating on others.” No truer words have been spoken. Her friendship with Jordan after they ended their romantic relationship was so much fun to watch. It was absolutely perfect that Tangey was the one to tell Jordan that he had been nominated for an Oscar. She was also there to pick up the pieces when he was devastated after learning about his court case. He was there for her during a traumatic time when Pablo’s abusive and controlling tendencies became visibly physical to the viewers. Fingers crossed that Jordan and Tangey are okay and not on the stretcher that was pulled out of her room after that encounter. Also, let’s not forget that Tangey stood up to Ida AGAIN when her best friend’s well being was in jeopardy. Even though she and Alexis were on the outs, Tangey was not going to let anything happen to Alexis.

Even when these two distance themselves from each other, they still find ways to be supportive. For example, Rainer watched Jordan’s interview on Good Morning America. He didn’t have to do that but he did. Jordan pushed back his deposition to be with Rainer after he relapsed. He gave Rainer the tough love he needed but also took him to a meeting. Jordan stands by Rainer after Rainer confronts Harper. He even brought pizza. Rainer returned the favor and sat shoulder to shoulder with Jordan as he learned the fate of his court case. He celebrated with his friend when he learned Jordan wouldn’t be going to prison. Rainer threw him a party. These two are brothers and nothing can demolish that.

These three women were used to prop up the men in their respective storylines. They had their own plots and agendas, but they all came back to further the stories of Jake, Jordan, and Rainer. That is no fault of the actress’s performances. They were great. They did their best and more with what they were given. It would have been nice to see them have stories that were their own and stayed that way. 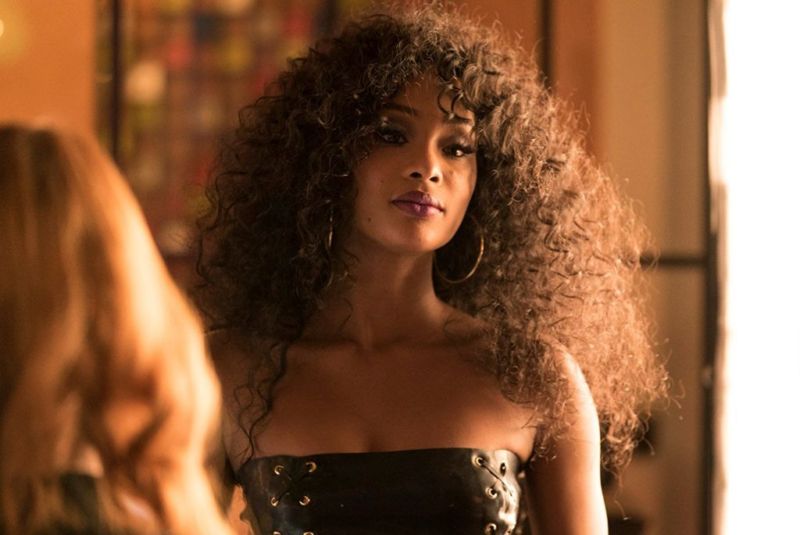 Alexis set the people up in her life to believe that the very worst was happening to her just to get out of a job she didn’t want to do anymore. She mimicked the behaviors and words of someone who was ill and needed real help to genuinely worry her loved ones. Alexis wanted everyone to believe she was some version of “crazy,” which is a problem within itself. That image she projected and became suggested that mental illness was a role she could step into and out of, like real people with real mental illness could do the same. All of this could have been handled so much better, and it just wasn’t in my eyes. It was a good thing the psychiatric hospital followed their policy rules and holding Alexis for 72 hours. That gave her some time to examine her past actions and realize their gravity. 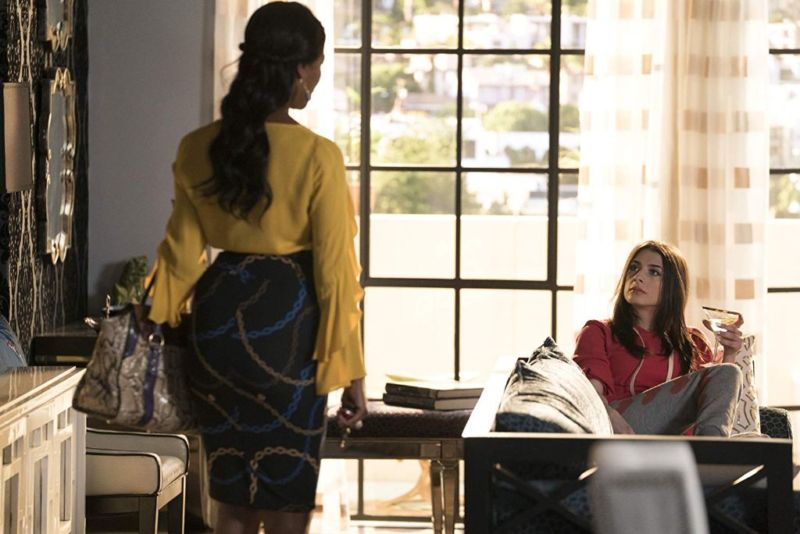 Talk about a hot mess of lack of communication. Jake and Paige were always blaming each other and never wanted to actually sit down and talk about the problems in their relationship. When they actually did have that confrontation, Jake wouldn’t take any responsibility for his part in their relationship failing. He refused to see his own mistakes. They both cheated but Jake seemed to think his doing so was justified because Paige cheated first. Cheating isn’t right in any situation, but, come on, Jake. Jake only wanted to show up for his relationship when it worked for him and his work. Cassie even called Jake out on that at some point in the season. Jake only seemed truly interested in Paige when it involved Stealing Georgia.

My past review will reveal me as a die-hard fan of Cassie and Adam. I still am but with a different perspective. I cheered them on while hating on Iceland for separating them. Maybe they did have a happily ever after in Iceland, but I hate that if they did it came at the cost of Cassie’s carrier. She gave up Redemption Ridge to be with him. Adam would be one to understand why Cassie would want to stay for that opportunity. 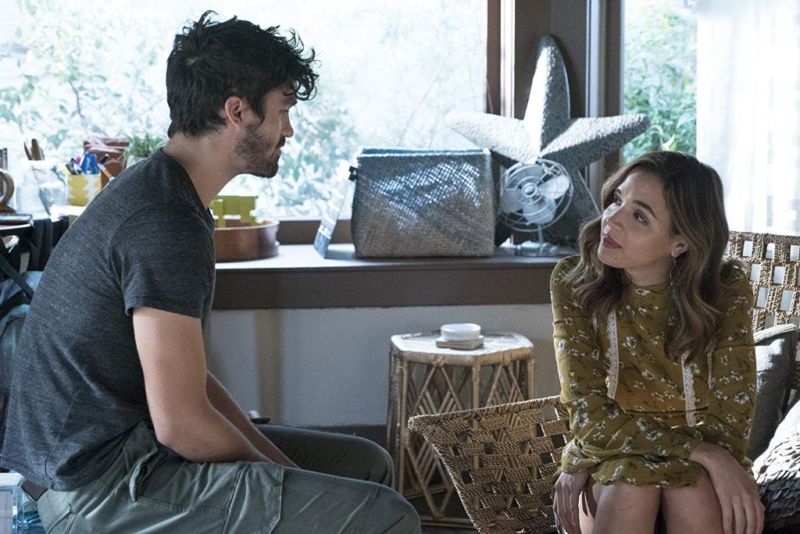 This movie took up so much time and made Jake that much more of a awful in my eyes. His attitude sucked the entire season, and this movie was his way to justify that. This movie was used as an easy way to introduce Billy only to use her for her connection, her dads’ money, and drive a larger wedge between Jake and Paige.

Sadly we won’t be able to see where all of these good and bad things will lead, because Famous in Love has been cancelled after two seasons. That means we can make up our own ending. How do you think Redemption Ridge would go? Who came out on the stretcher? Tell me all of your thoughts in the comments.

'The Handmaid's Tale' 2x11 Review: I Tell, Therefore You Are