Hello, hi, yes, this is a sports show, and sports shows are usually my jam, so here I am, to talk about “All We Got,” the fifth episode in All American’s first and somewhat bumpy season.

Is this a brilliant show? Eh, no. Not really. Is it a horrible one? No, it’s not. In fact, it’s a show with a lot of promise, pretty good acting, and most importantly, a lot of heart. It’s got potential, it does. Its problems so far have had more to do with pacing (sometimes they go so slow I want to take a nap) than with telling the right story.

But I say that now because they didn’t go full cliché on me about you-know-what family connection. If they had, I was going to be singing a different tune, I promise you that. But, as it stands, I’m gonna give them some leeway, if only because they were a little less than obvious.

Not much, but some.

“All We Got” gets to the heart of the duplicity this show has been trying to balance in its first four episodes, even if it doesn’t explore it as much as I would like them to. Spencer is, in many ways, caught between two worlds, and trying to fit in with both at the same time. But of course, that’s easier said than done, in real life, and especially, on TV. 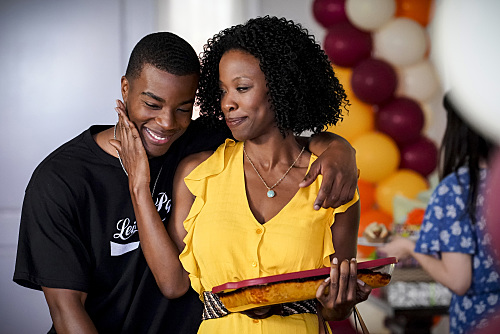 You can’t really ever be two whole things. You can, however, be half and half. Spencer isn’t the kind to go half on anything, though, and that’s part of his problem. His other problem? He’s got A WHOLE LOT of very deserved daddy issues and a lot of people just not telling him the truth.

Let’s pause for a second. Does anyone on this show know the meaning of the word honesty? Dear God, this is worse than a murder mystery what with all the secrets and skeletons in closets. If you’d told me I was watching Revenge instead of All American, I wouldn’t have been surprised.

No, seriously, why did it take five weeks for us to rule out Coach Billy as Spencer’s father? And, I’m saying this as someone who would have hated this development enough to maybe stop watching. I don’t need this show to be about a father atoning for his missteps, but I am here for a man finding a kid that maybe reminds him of himself, and trying to give him a chance.

There is more than that, of course, I am not that naïve. There are still a lot of secrets to be unveiled, and honestly, the problem is that the biggest one still has to do with Spencer’s dad.

Like, for example, IS HE REALLY LIVING IN LA AND JUST IGNORING HIS FAMILY? And how come it’s only been six years and everyone is acting like they wouldn’t recognize him if they saw him? Plus, what in the world does Billy have to do with this whole thing? Now that the obvious possibilities are out of the question, now’s when we gotta get creative. 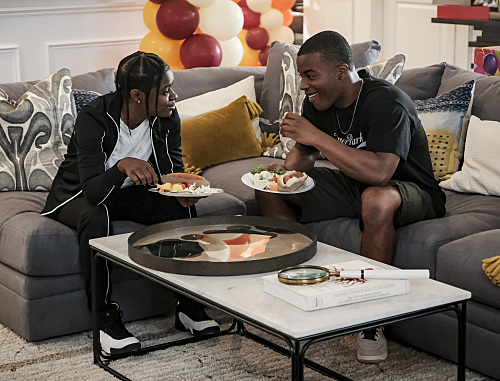 But back to the main issue: this isn’t a show about Spencer’s dad, it’s a show about Spencer, and right now, the plot and the pacing are hindered by the fact that everything seems to revolve around finding this man. Sure, there are moments where the show tries to get at the heart of the dichotomy in Stephen and present his struggles as he tries to adapt, but we don’t focus on them enough, in my opinion, because we’re still focusing on daddy dearest.

And though that’s sustainable for a few episodes, hell, maybe even for a short season, in the long run, is it enough to get this show a second season? Will we still be here for this question in ten episodes? I don’t think so.

Because, as it stands, if you don’t make me care enough about the world and the relationships that are going to be affected when his father comes back, then this show might as well be centered about the absent father instead of the present son. And that’s not what I’m here for.

Not even a little bit.

Agree? Disagree? Share with us in the comments below!

All American airs Wednesdays at 9/8c on the CW.

'Timeless': Hopes and Wishes for the Movie