“Well, can’t they kick out some of the displaced families? I do need room for my diamonds.”

And that’s when I knew – 13 minutes and 21 seconds in – that this week’s episode of The Morning Show, entitled “The Pendulum Swings” was going to be my favorite.

The episode centers around Alex and Bradley going to LA to cover the fires. It was all very symbolic, if I’m being honest, with the fires mimicking what each of our morning show co-hosts was feeling; perhaps for each other, but also just their lives in general.

We got to see Alex completely lose her cool too, and I must say- here is my inevitable praise- Jennifer Aniston deserves all the awards. Since the beginning of the season, we knew Alex was on thin ice with the network and has been very high strung about it. She is doing her absolute best, as she told Bradley, to ensure that she is not written out of this story.

But now her husband wants a divorce.

And I get it. Aside from the fact that she was described as a “charming narcissist” (is she really though?) – she just seems like she doesn’t enjoy her marriage, or make time for it. So what happens when she’s feeling at least 27 different emotions?

… She cries. On TV. During an interview. 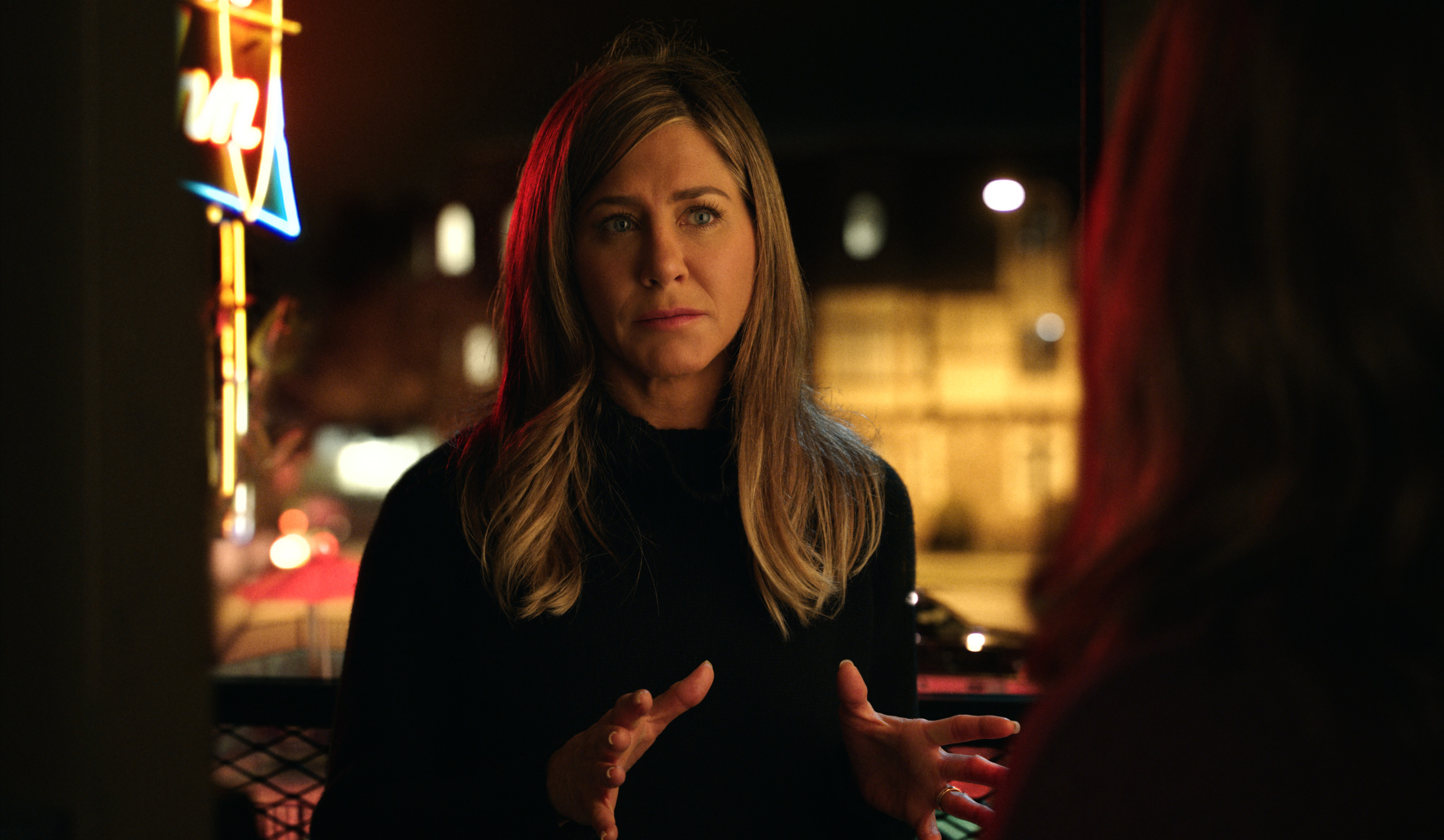 I have to say, Witherspoon’s Bradley did a great job jumping in there, and wrapping up as quickly as she did. But it is so fun to watch Jennifer Aniston go through such a range of emotions in an hour. Her breakdown in her trailer with Bradley hold her was something that really stuck out to me. While I know they don’t like each other, Aniston and Witherspoon have palpable chemistry on screen.

And for what it’s worth: I still like Alex.

Maybe it’s because she’s Jennifer Aniston. But something about Alex Levy- even though she’s mean, and “hard to work with”, and temperamental- I love her. Perhaps because every woman sees themselves in her at some point in their lives. Perhaps its because sometimes, even if she is more cynical, she seems to make many valid points.

Bradley’s nativity isn’t wrong. But Alex’s experience shouldn’t be undersold either. “You cannot begrudge people for wanting to feel better!”

I for one cheered at that.

Do we really just want to see people being displaced from their homes in a fire, only to end on a note that the rich probably isn’t too worried because they have their own private Firefighters? That’s just doom and gloom. Over and over again.

So yeah- I agree with Alex. 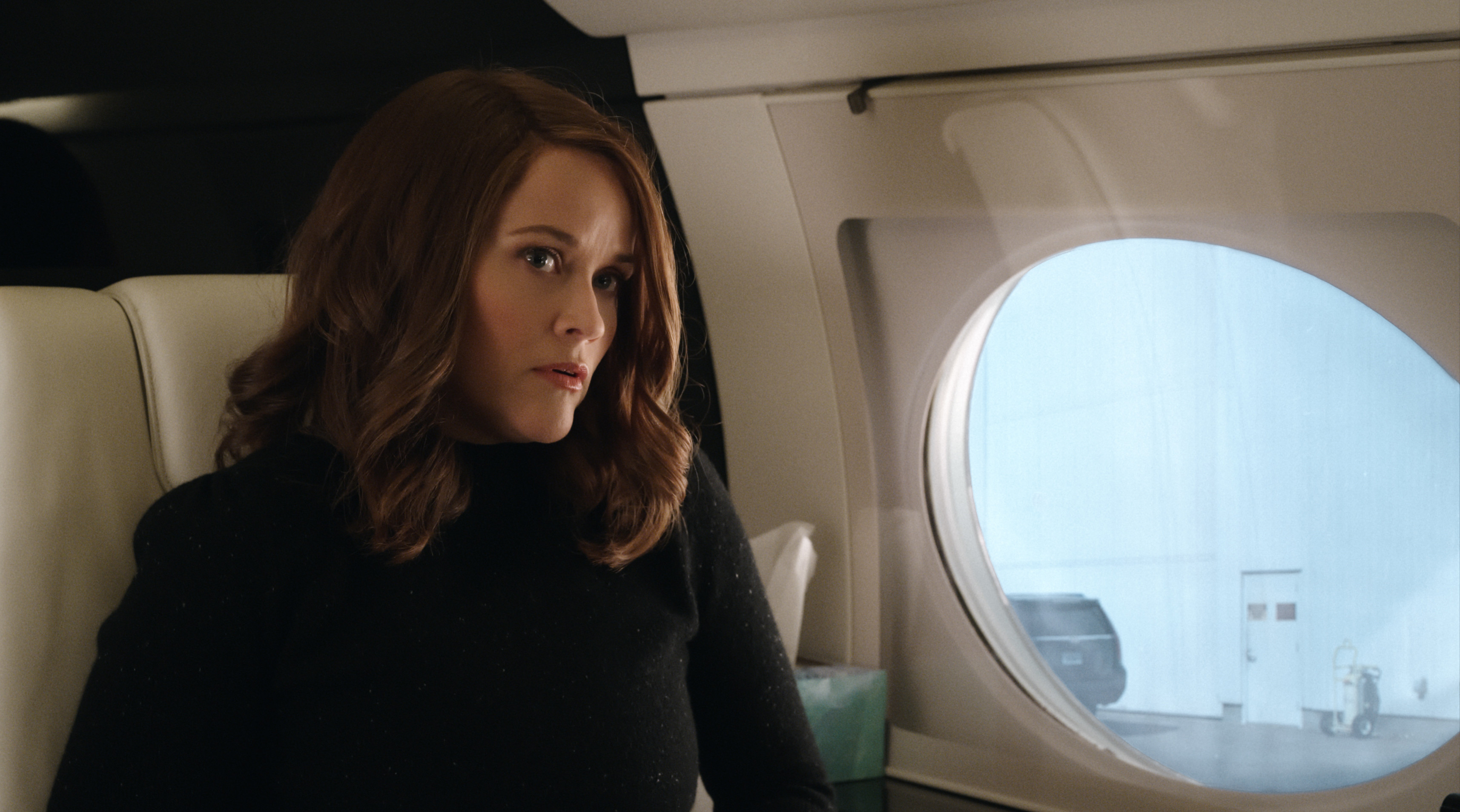 While these two wrestled it out with others throughout the episode, Chip and Corey (who… I still can’t understand. Is he good? Is he bad?) seemed to come to some kind of agreement. If Chip can figure out a story to take Fred down, then Fred will take him down.

I feel like there will be a core team that we’ll follow throughout the seasons, and I think Fred will not be a part of that core. We’ll see everyone’s rises and falls, and interactions, but ultimately, it will be about 6-8 people and how they bring us the Morning Show.

What I can’t wait for, is for them to actually like one another. I may be used to the unrealistic version of TV, where problems are resolved in 3 episodes. But I think, with the right team (and I’m not sure how Mitch will fit into any of this)- these guys can bring us a Morning Show that even Leona Lansing would be proud of.

What did you think of this week’s episode? Let us know in the comments below!

The Morning Show‘s episodes are available every Fridays on Apple TV.

The Mandalorian 1x03 Review: "The Sin"

Dove Cameron Got A Surprise From Fans