The Trailer For ‘P.S. I Still Love You’ Is Finally Here!

Home » The Trailer For ‘P.S. I Still Love You’ Is Finally Here!

We’ve been waiting for this – but we have to say, this was worth it. Yesterday, Netflix announced that they would release the trailer today and it was such an amazing thing to wake up to.

To All The Boys I’ve Loved Before was a smash Netflix hit (but we’re not shocked). We are obsessed with it and have not shame over that obsession.

P.S. I Still Love You won’t hit Netflix until Feb. 12, but we’ll be pining for it everyday until its release.

It’s a new year and Lara Jean (Lana Condor) and Peter (Noah Centineo) are no longer pretending to be a couple. They ARE a couple. And, as Lara Jean navigates a trove of official firsts with Peter — her first real kiss, her first real date, her first Valentine’s Day — she finds herself leaning more on Kitty and Margot (Anna Cathcart and Janel Parrish), Chris (Madeleine Arthur), and an unexpected new confidant, Stormy (Holland Taylor), to help her manage the complex emotions that come with this new chapter of balancing a relationship and figuring out her authentic self. But when John Ambrose (Jordan Fisher), another recipient of one of Lara Jean’s old love letters, enters her life again she must rely on herself more than ever as she’s confronted with her first real dilemma: Can a girl be in love with two boys at once?

P.S. I Still Love You picks after where To All The Boys I’ve Loved Before left off. Lara Jean and Peter are starting out their real relationship – but “real” relationships can be complicated, especially when your other crush enters the picture.

You may remember that we left off To All The Boys I’ve Loved Before with Lara Jean’s model U.N. crush, John Ambrose (Jordan Fisher) coming into the picture.

To All The Boys: P.S. I Still Love You premieres Feb 12, only on Netflix.

We know – cause we read the books – that John Ambrose plays a huge part in this film. LJ has some choices to make. I mean one has to give the girl props – she’s got two guys chasing after her.

And guys – Jordan Fisher is pulling out all the stops to get us all on Team John before the films release.

Listen…Peter Kavinsky is a GREAT guy and all…but… 👀

“There are a few moments in your career when you know you are actually working on something really special. This is that film. I can’t wait for you guys to meet my good friend John Ambrose,” he wrote.

And the cover that he chose was John Ambrose – of course – making us droll and want to wonder where we sign up for John, if Lara Jean doesn’t let him wife her up. 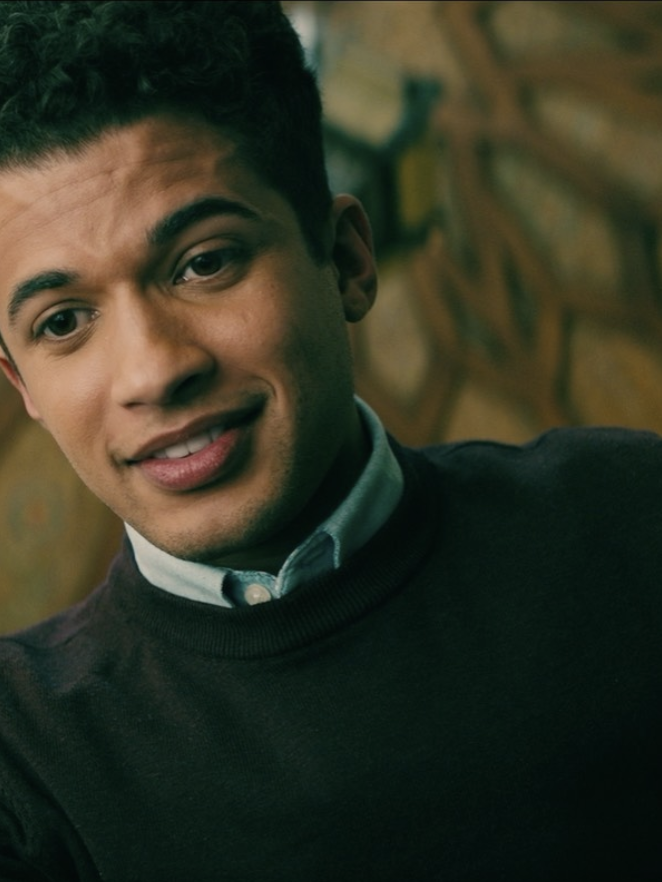 We’re so excited for this film. Everything from the dates to the relationships to the best friends to the family moments. We can’t get enough.

Is it February 12th yet?

Decade Roundtable: Our Best Ships Of The Decade