The Winter premiere of Evil, entitled “Room 320” picks up just a little bit after the winter finale. David is out of surgery, and in a hospital, after he was attacked and stabbed by a random stranger.

The episode was definitely a bit of a mind trip, and while I had a lot of fun with it, I’m not 100% sure how the events of the episode will fit into the rest of the story arc. Mind you, I’ve been saying that about Evil since the beginning and for the most part, it has delivered.

We see David become the victim of Nurse Plague, Linda as she liked to be called – who drugs him up, and sort of holds him hostage in the hospital. She takes his phone and doesn’t really listen to anything he says.

David is tipped off about Nurse Plague by his roommate, Harlem. And sure, in the beginning, it seems like maybe Harlem is a bit crazy or that it’s just paranoia. But over time, David’s requests are denied, and a weird sort of torture ensues.

What really plays with our mind is that we can never really be sure when David is hallucinating and when he’s not.

He sees Harlem’s legs amputated in one scene, and then very much there in another.

“Not everything real is true, and not every dream is false.”

He gets some help from hallucinations though, which is always fun; telling him not to forget the Bible verse “Matthew 13:25.” 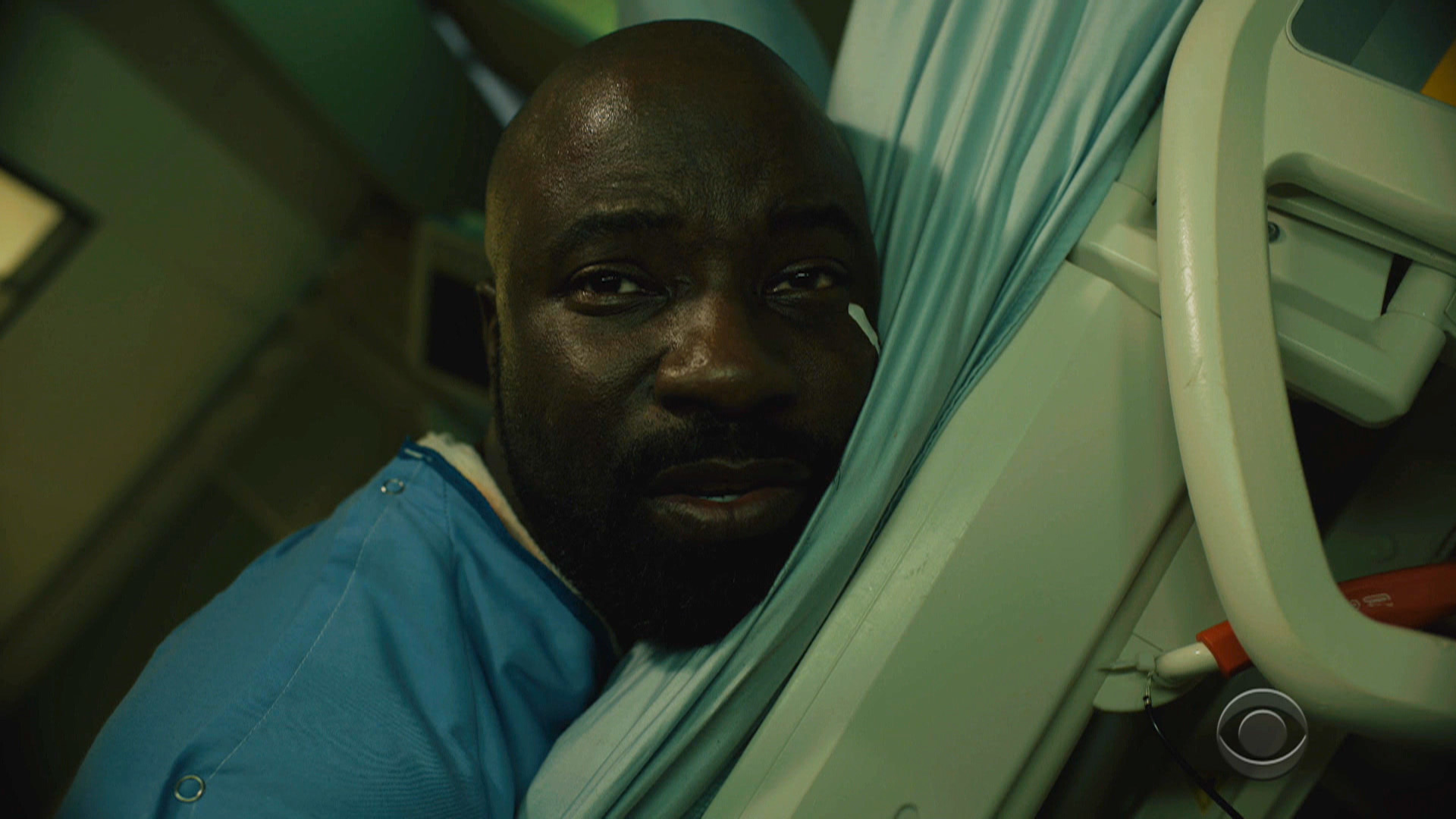 I’m sure that will come up later.

So while David is truly battling his way out of the hospital, Kristen and Ben take it upon themselves to figure out what the heck happened. Who attacked David? And in order to do that, they have to talk to Judy. She was the Kristen of the team before Kristen came along, and I’m not sure if the actors know something we don’t, but Kristen definitely looked a bit taken aback and jealous at that description.

Also, what does her husband say to her rushing to her coworkers’ side in the middle of the night?

Anyways, they meet Judy and solve the case. A guy, from a 6-month-old case is the one who attacked David.

It’s all wrapped up fairly quickly, which makes think that perhaps Ghana had nothing to do with the season plot. He could have just been a plot device to show us how far Lelands’s grasp extends.

I would like to know if Nurse Plague is also one of Leland’s lackeys. Or if she herself, is one of the 60. Because whether or not we can figure out what was real and fake in the episode, it’s made very clear to us that this nurse was definitely over-medicating, and also killing patients.

I’m very skeptical about ever going to a hospital again.

What did you think of the winter premiere of Evil? Let us know in the comments below.

I Will Go Down With This Ship: Cheleanor Edition