Well that was doozy, wasn’t it? On this week’s episode of Evil, entitled “7 Swans A Singin”, we see our trio deal with a social influencer who is leaving “suicidal encouragements” under the music of their video – at a pitch, only kids under 16 can hear.

It makes sense- I once took a test to see how good my hearing was, and I learned that there are pitches and notes that only younger or older people can hear. I’m just not so sure that it would make me want to stick scissors into my ear to make it stop.

So this week’s case of the week was sub-par at best. Even when you factor in the part that this social media influencer was one of Townsend’s patients.

Speaking of Townsend, I’m pretty sure he somehow got David stabbed this week. It was a bit random if I’m being honest- and for a while, I actually didn’t understand what had happened. Was it bad luck? Was it just… a sketchy area of the neighborhood? Was the priest actually upset at David’s confession?

And then it hit me.

Oh. This was Leland. We have seen him trying to figure out a way to kill David for a while now. There hasn’t been a lot behind his motivations revealed, but he’s gone through great lengths to see it through.

Now I don’t think David will die. This isn’t Game of Thrones, and we did see Kristen calling. So personally, I think he’ll be a-okay.

What I do wonder is how David will react to this situation. Will he have renewed loyalty to god because he thinks he’s being punished for sleeping with Renee. Yeah, the temptation? It worked. And I’m quite annoyed by it if anything. She seems pushy and I really don’t like how hard she’s trying to talk David out of the priesthood.

This should be his decision and his alone. He did get forgiveness while in confession- saying that as long as he resists temptation again, it’s all good with the guy above.

But I mean, can he resist temptation? Kristen and David making eyes at each other all season, and now exchanging gifts and immediately wearing them… it’s not physical yet. But I do wonder how long this burn will be. And he’s around her every day it seems, so… that promise may be another one broken. 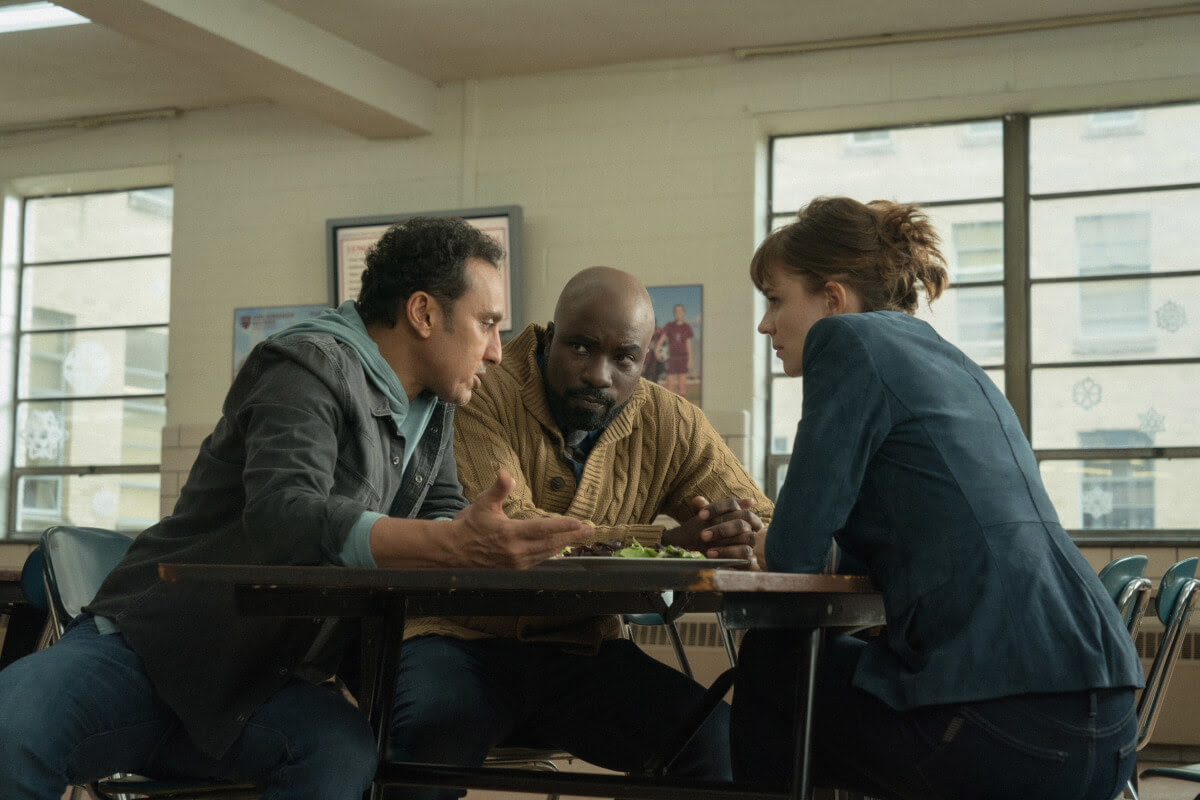 You know who else should go away? Grandma Sheryl. Not only is she still seeing Leland after Kristen gave her proof of how much of a creep he is- but now she’s getting… brainwashed? What’s the timeline on this show? How is she getting this brainwashed, this fast? To tell an 8-year-old to hit another kid with a rock is ludicrous.

And then to actively deny it… it just all seems so strange. She seemed like the cool hip grandma at the beginning who was kinda hot, but loved her daughter and was always willing to help out. Now, it’s just gotten weird.

So I hope they wrap up whatever it is they’re trying to do here because I am not here for it.

What did you think of the winter finale of Evil? Let us know in the comments below!