The Morning Show is getting increasingly uncomfortable and upsetting to watch. This week’s episode, which is titled “Play the Queen”, has us back in the present day, after the short one-episode trip down memory lane.

Mitch is at Hannah’s door again, and honestly, their whole exchange made me so uneasy.

He is actual fucking worst. Watching Mitch victimize himself, and blame Hannah- tell her that she used him to get a job- had me shaking my head at the screen, wondering how many times had he done this, or was he just stupid? It was disgusting. 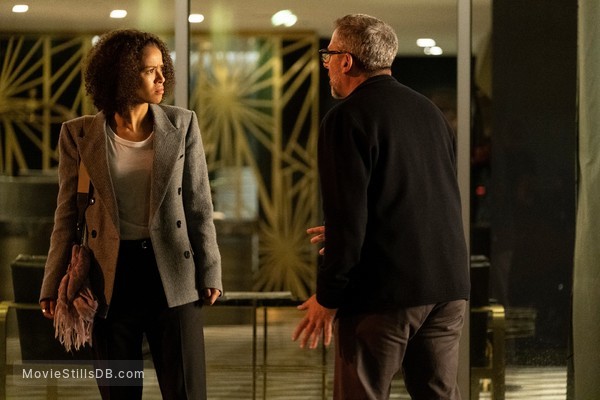 I was so proud of Hannah for trying to speak her truth. She told him that she didn’t want to sleep with him- that she doesn’t remember the events of the night the way he does, and Mitch just snaps.

I’m quite concerned about Hannah’s mental health right now, and I‘m wondering what the fuck will happen if she does something to hurt herself. I hope I don’t have to find out, but I am not liking her spiral- which seems to be getting worse after she told Claire that she was the one who told HR about her relationship with Yanko.

Claire didn’t take it very well, and even defended her love for Yanko… but after the panic and the worry, she still broke up with him on their “first official date.” I’m not sure I ever expected that I’d love Yanko, but I do, and watching him walk away from Claire after a sweet hug, broke my heart.

Do you guys think they’ll be the Maggie and Jim of “will they won’t they?”

On the more executive level of UBA, coalitions are being formed and backstabbing is happening- and under it all, the only person I really felt bad for, is Chip.

He is now working with Bradley and Corey to take down Fred, but Alex is kind of in cahoots with Fred to get rid of Bradley after Bradley brought up the idea of interviewing Mitch on the show and (probably) outing Alex as complicit in the whole scandal. 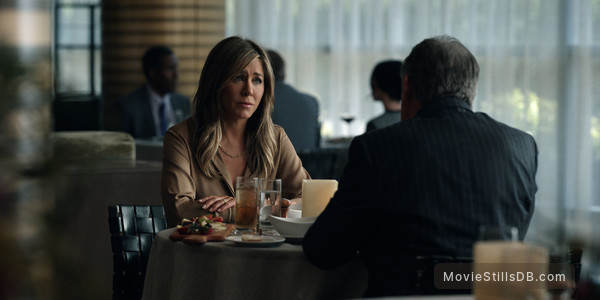 But when Chip calls Alex after hearing she took a meeting with Fred’s favorite candidate for Chip’s job, I nearly cried.

His “you know we’re always okay” is the saddest, and you can tell that the show is heading in a way that perhaps a lot of relationships and friendships will not be salvaged.

Alex is only trying to protect herself and I think it’s very funny that she’s preaching to Bradley about loyalty when she also absolutely has none. Not even to Mitch. Not anymore.

Because the scene where Alex goes to talk to him is ecstatic. She asks Mitch to stop. Stop trying to talk to reporters and get an interview. And he says no.

And then she says that with her divorce, she could probably ruin his career by saying he may have also taken advantage of her.

“You wouldn’t dare,” Mitch says, with finally some fear in his eyes.

And gosh, that smirk that Alex holds is probably all Jennifer Aniston needs to win that Golden Globe.

What did you think of this week’s episode? Let us know in the comments below.