6 Reasons Why You Should Watch Broad City: Mental Health Edition

Comedy Central’s Broad City captured the hearts of viewers during its five seasons with its quirky humor, upbeat atmosphere, and amazing dialogues. But those were not the only reasons. Its take on mental health issues combines sensitivity, openness and a certain banter that makes it relatable.

Broad City follows the lives of Abbi and Ilana, two jewish young women living in New York, who try to survive adulthood. The comedy, created by Abbi Jacobson and Ilana Glazer, who also are the stars of it, premiered in 2014, and ended last year after five successful seasons. Here are five reasons why you should watch it when it comes to its take on mental health. Warning for some spoilers!

1. The way it tackles Ilana’s depression 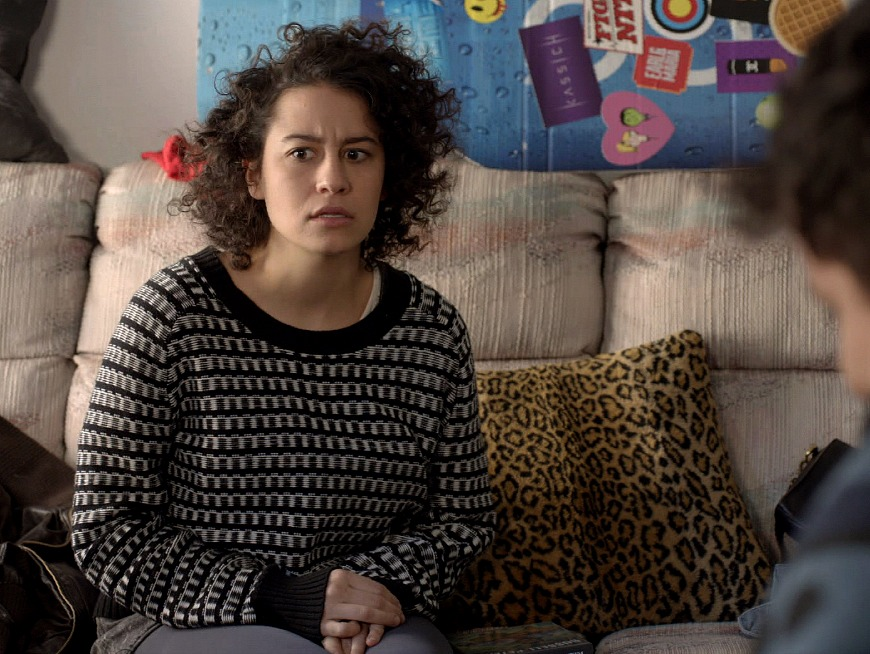 One of the show’s protagonists, Ilana, revealed she was dealing with depression by the end of season 2 when she and Abbi are discussing the New Year’s goals. She casually states her desire for lowering her antidepressant doses. This disclosure wasn’t accompanied by tears or drama, just understanding. Ilana accepts her depression and works constantly with her therapist to get better. The show also exposes the experience of crippling depression through special effects, creating the intense feeling of depressive episodes, making it relatable to people who have experienced them.

2. How it discusses hoarding disorder without making fun of it Jaime, Ilana’s roommate, was discovered to be a hoarder in the fourth episode of season five when Ilana smelled something gross coming out of his room. She went to check, finding hundreds of things stacked inside. Her first response was to call Abbi and throw away most of it. But after learning that you should never remove the possessions of a person who suffers from hoarding without their consent, they put everything back where it was and decided to tackle the issue in a different way. Ilana creates a safe space for Jaime to talk about his issues and he admits the root of the problem started over his insecurity over his immigration status. 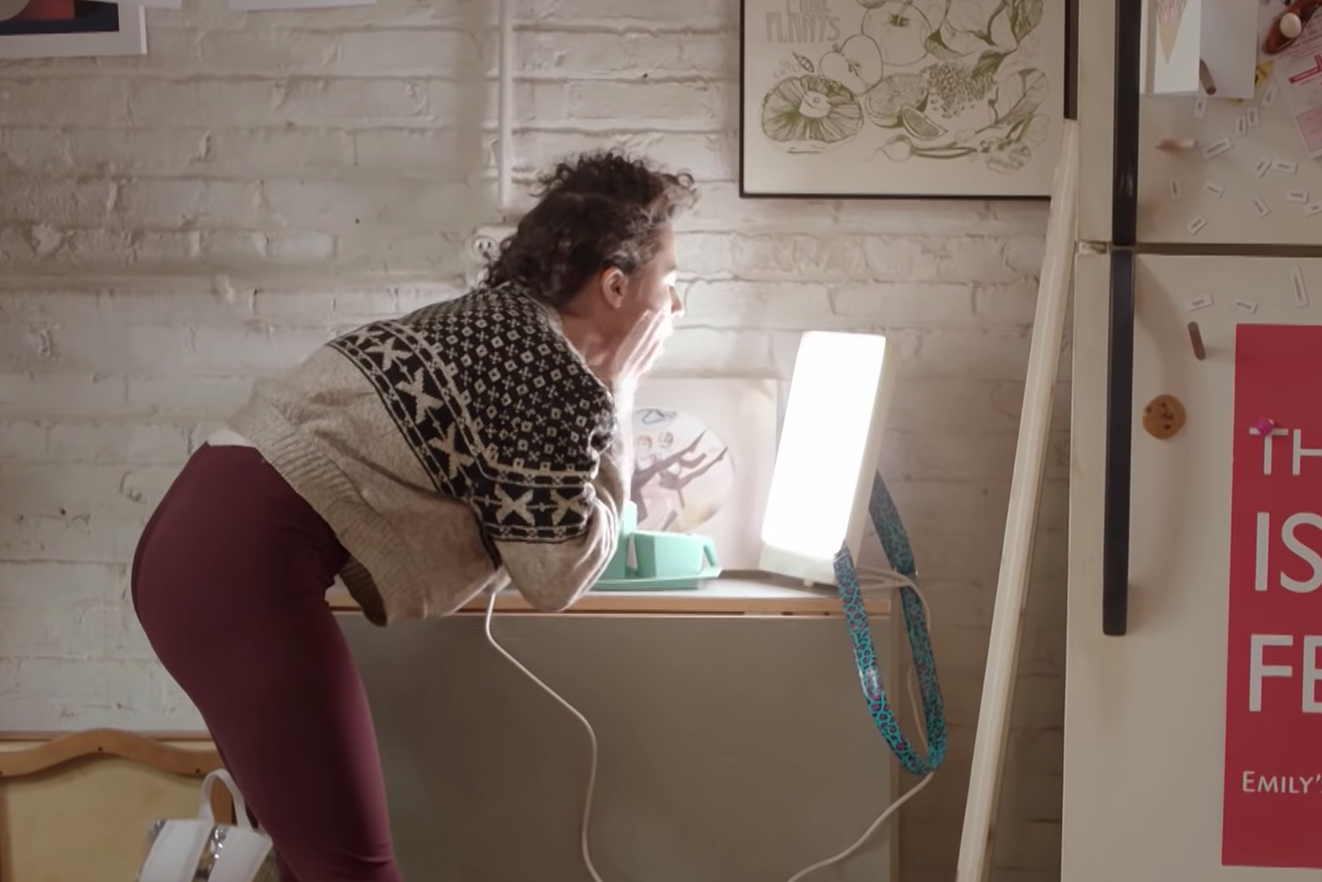 Besides crippling depression, Ilana also struggles with Seasonal Affective Disorder (SAD), a condition that comes and goes in a seasonal pattern, especially in winter. Due to the lack of natural light, Ilana acquired a tiny lamp with a very strong light, which she named her SAD lamp. She uses it in the middle of a conversation with Abbi, and hugs it tightly while on break when she’s working. At some point, Ilana lines the space she’s in with tin foil, so the light of her lamp is stronger. Nearing the end of the episode, there’s a power outage, and Ilana has a conversation with her boss, Marcel (played by Ru Paul) regarding her struggles, and he delivers one of the best lines: “I love you with your depression. You are worthy with your depression.”

4. The way it treated Abbi’s coming out 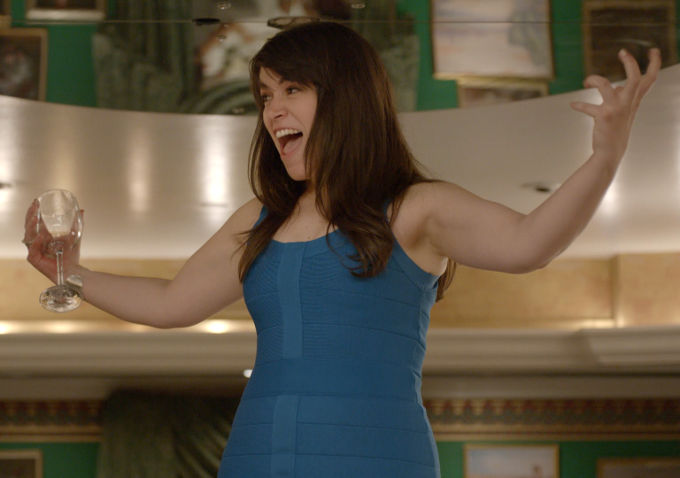 Coming out can be something stressful in terms of how it can affect mental health. According to Professor Dinesh Bhugra, expert in Mental Health and Diversity, several common concerns are associated with the period shortly after coming out that can affect mental health. In his words, “people may feel sceptical and disbelieving of responses, even if they are positive and accepting.” In Broad City, Abbi’s attraction to women is not a big deal on the show (and IRL). There are no mean comments or a big emotional scene (nothing wrong with that, though), it’s just Abbi fumbling to ask a hot doctor out, who just happens to be a woman.

5. The normalization of therapy in different areas Besides therapy for her depression, Ilana also attends sex therapy when she faces a problem related to her sexuality: she wasn’t able to have an orgasm since Donald Trump was elected as President of the United States. This affected her greatly, since her sexuality was a very relevant element in her life, so she seeked help and found doctor Betty (played by Marcella Lowery) who guided her through her issues. Therapy on television shows often comes with a lot of drama, and what Broad City did is talk about it without making it seem like a bigger deal than it is, as well as accompany that conversation with topics like medication.

6. The space for character growth

One of the charms of Broad City is that it never takes itself too seriously. The show itself is a comedy, but that doesn’t mean it’s one dimensional. Broad City gave a space for personal growth to its characters, without taking their essence, which is something very human and relatable. Ilana still struggled with her depression, and Abbi kept having problems when it came to personal relationships and management of money. But those obstacles didn’t trap them, on the contrary, they helped them mature and find new ways to face their daily lives.

Advertisements
October 1, 2022Six Seasons and a Movie from ‘Community’ is Now a Reality
We love Peacock. It’s a fact. But after *that* Community announcement, we love it …
October 1, 2022‘Spy x Family’ 1×13 Review: “Project Apple”
It's October, which means Spy x Family is back! After a long …
October 1, 2022See The Trailer For ‘Guillermo Del Toro’s Cabinet Of Curiosities
One of the shows we’re most excited about this spooky season is …
October 1, 2022‘Chicago Fire’ 11×03 Preview: “Completely Shattered”
Chicago Fire 11×03 looks like it might cost us someone we care …

Harry Styles Signs On For His Next Acting Gig