‘The Inheritance Games’ Series by Jennifer Lynn Barnes Review: These ‘Knives Out’ Inspired Books Will Keep You On Your Toes

Home » ‘The Inheritance Games’ Series by Jennifer Lynn Barnes Review: These ‘Knives Out’ Inspired Books Will Keep You On Your Toes

A girl must face a twisted game of wits when a stranger leaves his entire inheritance to her, and his family with nothing. This sharp, strings-attached mystery will have you guessing until the very last page.

When a book series like The Inheritance Games series by Jennifer Lynn Barnes comes along that promises a deceptive game of deadly riches and intricate puzzles set within the confines of a grand southern-gothic home, my interest is immediately peaked.

Dead billionaires. Dramatic reading of wills. A girl left to oversee a mansion occupied by incredibly vengeful but hot family members. The first two books in The Inheritance Games series channel iconic elements of Knives Out with a sinister young adult mystery as enthralling as Chris Evans’ cable-knit sweaters and as misleading as the trickiest prop knife.

The first book, The Inheritance Games, shares many lovely similarities to Knives Out’s family-driven premise, a fact that only made me fall harder for its premise as I devoured the first few chapters. What I love most is how this series embraces the familiarity of the cult film but forges its own path within the whodunit genre thanks to a rag to riches trope involving its clever protagonist, Avery Grambs.

This seemingly ordinary teenage girl inherits billionaire Tobias Hawthorne’s entire estate out of the blue. The one catch? She will have to reside in the family home for one year to inherit everything. Cue the dramatic music because this book embraces the drama. The family dynamics are equally delightful in their dysfunctionality as a shocking will-reading sends a stranger stumbling into a deadly power struggle against a broken family with grudges that cut deep. Avery has to use her wit to unravel the circumstances surrounding her inheritance before the billionaire’s secrets jeopardize more than her fortune.

The Hawthorne Legacy is the highly-anticipated sequel but feels much more like a natural extension of the electrifying storytelling first mapped out in The Inheritance Games and a much-needed thirst-quencher to the debut novel’s agonizing cliff-hanger. The sequel continues to double down on the successes that make the first book infuriatingly gripping, wrapping me in a suffocating blanket of perplexing revelations surrounding this mystifying fictional family. The skeletons in the closets of Hawthorne House are uncovered at a faster pace this time as the author lets loose whatever the first puzzle was tasked with holding back.

The Hawthorne Legacy ups the stakes, and doubles down on the red-hot chemistry the Hawthorne heirs have with those they come into contact with. It weaves a more expansive web of fast-paced action than its predecessor, weaponizing burning romance and thrilling paradoxes to create a convoluted mystery I have become increasingly eager to figure out. Alas, not all the cards are on the table as the final book in this trilogy has yet to reveal itself. If the first two are any indication, however, the grand finale is not to be missed.

So far, the precise pacing of the series and its revolving door of suspects has sucked me in instantaneously, making it nearly impossible to leave Avery’s world without answers. The irony of this sharp-witted tale is that the answers come in spades but are often followed by more agonizing questions. It is a pattern that will continue throughout the trilogy as the author gives readers just enough to keep us satisfied but never lets you forget just how clueless you are to the larger endgame afoot.

Each chapter is boobytrapped with a more intricate puzzle to solve within the winding halls of Hawthorne House. The thorough plotting gives the impression this story is ten steps ahead of its readers and while some mysteries might be easy softballs, the majority of twists that populate each book are well-earned revelations. It is the kind of high-stake treasure hunt that forces you to pay attention to every detail.

Hawthorne House is one of the series most prominent characters, and for good reason. The sprawling manor was built with the owner’s love for trickery and riddles in mind. The backdrop of wood paneling, eerie fireplace passageways, and grand staircases gives this billion-dollar mystery an air of haunting gothic appeal. It is also an imperative tool to the plot, establishing an aesthetic fit for Hawthorne’s glamourous status and a maze of secrets worthy of the old man’s obsession with riddles.

Every page spent in its hallways is filled with adventure and intrigue, giving purpose to Avery’s confinement within foreign walls. There is something so pleasing about a setting designed to comfort and deceive its readers.

The same is said for the intoxicating Hawthorne boys — Nash, Grayson, Jameson, and Xander — at the center of this thrilling teenage caper. Following the footsteps of staple YA boy-geniuses such as Kaz Brekker and Richard Gansey III, the Hawthorne heirs are the perfect storm of razor-sharp wit, intensity, and ridiculously good genes. They are another piece to this never-ending riddle that does not quite add up as each brother pulls Avery deeper into the secrets of their family’s past with all-consuming charm and insatiable hunger for competition.

It is so rare to come across a story that pulls you into its orbit with such ferocity and spits you out with a keen sense of accomplishment. The only qualm I have with these entertaining books is how quickly they encourage readers to barrel through them. Ultimately, he Inheritance Games is the perfect cozy thriller for the fall season and the most fun I have had reading a book series all year.

This haunting tale of riches and riddles has the captivating nature, intricate plot, and long-term sustainability perfect for an adaptation, so it is no wonder studios were battling for the right to this one before the first book even hit the shelves. Yes, if you fall in love with this series (and how could you not?), you will not have to wait long for the trilogy to manifest itself on the small screen.

Amazon has begun developing the first book of Jennifer Lynn Barnes’ The Inheritance Games into a TV series. The project is led by Sony Pictures TV and Josh Berman’s Osprey Productions, which landed the rights to the books. Barnes will be co-producing the adaptation.

If the all-consuming nature of the book series can translate to screen, and if the mystique of the perplexing Hawthorne boys can live up to their page counterparts, The Inheritance Games might one day be the next streaming hit — after all, the books are already a home run.

The Inheritance Games and The Hawthorne Legacy are available now. 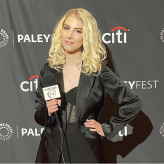 LEGO Star Wars is Bringing us some Terrifying Tales'