Hulu Debuts A New Poster For ‘Looking For Alaska’

Home » Hulu Debuts A New Poster For ‘Looking For Alaska’

That’s the day that Hulu‘s Looking For Alaska mini-series debuts and we’re anxious to see how Hulu brings this story to life.

Based on the John Green novel, the series will star Charlie Plummer and Kristine Froseth in lead roles. The series is based on a book of the same name.

Hulu released the poster and we’re kind of in love. 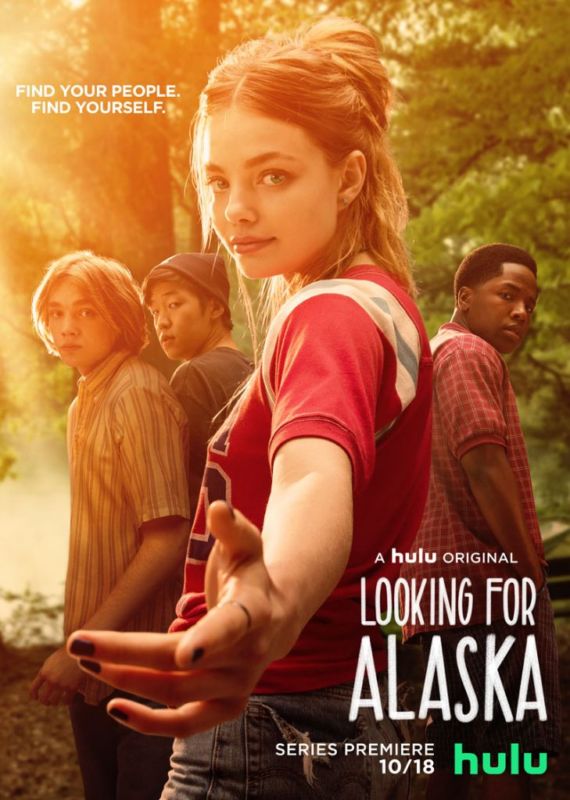 Looking for Alaska is told through the eyes of teenager Miles “Pudge” Halter. He enrolls in boarding school to try to gain a deeper perspective on life (personally I would have enrolled in boarding school in order to get away from family). He falls in love with Alaska Young, and after her unexpected death, he and his close friends attempt to uncover the truth behind her death and make sense of it. But can you ever make sense of someones death?

As with all John Green novels, the journey is sometimes the best part of the story.

Are you looking forward to Looking for Alaska?

The New Sheriff Has Been Cast on 'Legacies'

'Stranger Things' Season 3 Roundtable: The Scoop from our Troop