‘Supernatural’ Edition: What Would They Wear for Halloween!

Home » ‘Supernatural’ Edition: What Would They Wear for Halloween!

We know it’s been something you’ve been wondering about for days on end: what would Dean, Sam, Cas, or Jack wear for Halloween? Luckily for you, I’m here to help you know what they’d wear for Halloween, why’d they wear it, while using some truly amazing Photoshop skills. (I’m a professional through and through!) Check out my list below and us know what you think the SPNFam would wear for Halloween!

Why: Because Dean Winchester is a nerd who would want to dress up as his home and his companion against the forces of evil. He would go all out, getting to know all the people at his local AC Moore, as a means of having his Impala all decked out and ready for trick or treating. He would even install car noises and have flashing lights because why the fuck not. Per usual, it’s go big or go home for this nerd! 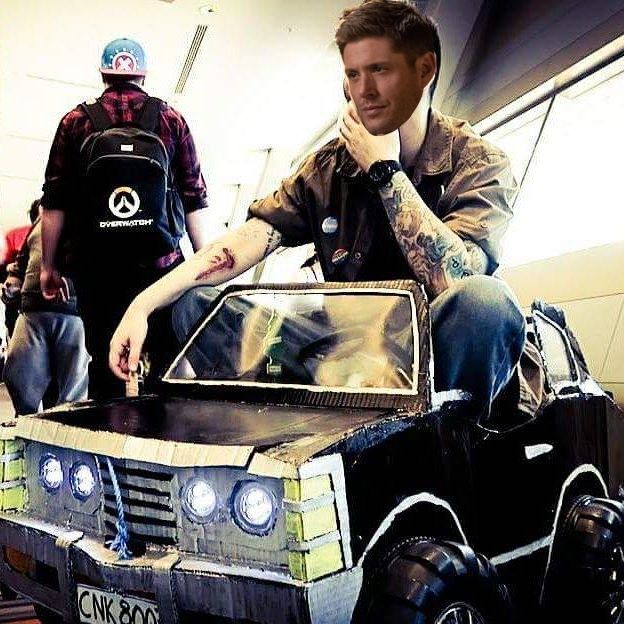 Why: What better way to tell all the demon/ghost/spirits that look like clowns that you’re over them and their shit than a clown costume? Sam is about conquering his fears and like Dean I think he would go all out with a nose and horn to match. The wig was definitely an addition that Dean thought about when he visited AC Moore and saw a Party City right next door. 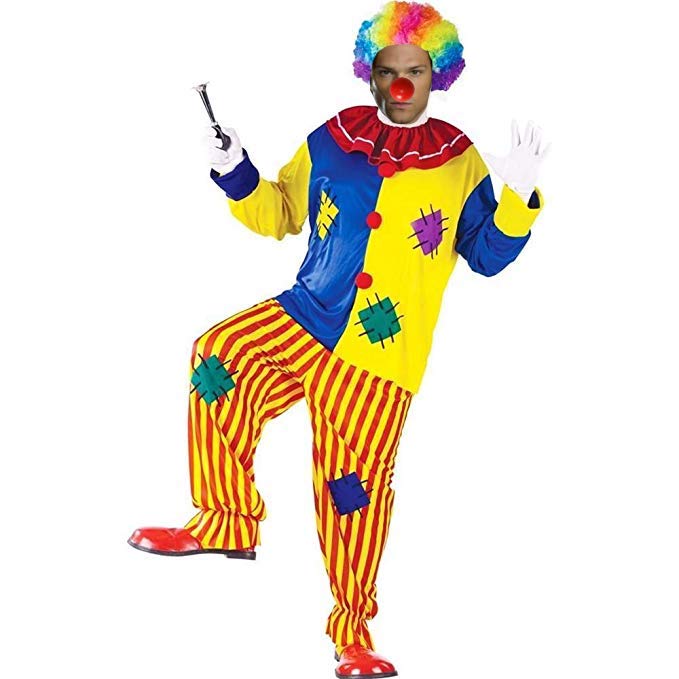 Why: Cas would be the one to have absolutely no problem with the sexy Party City bee costume he found. Dean would try to convince him that it’s something that only women wear to be sexy and Cas wouldn’t get it all. So he ends up wearing this lovely costume via my fancy Photoshop skills. Like the costumes that came before it, I REGRET NOTHING and hope it inspires those who write fanfic! 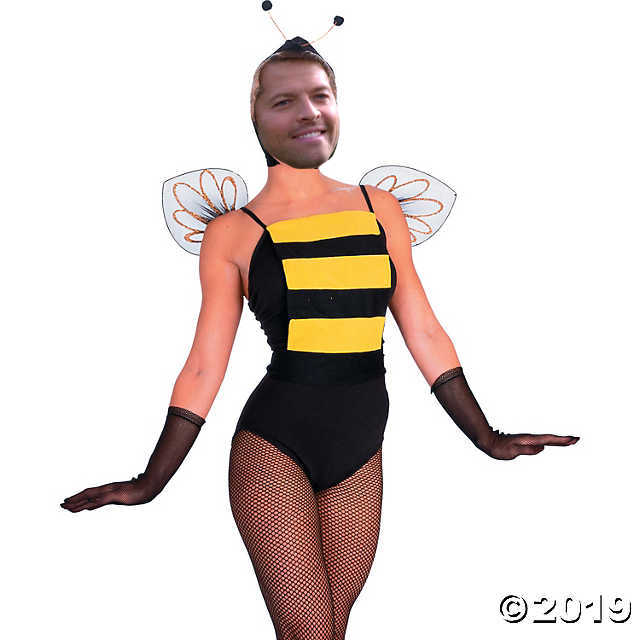 Why: Barely a couple days since being birthed, Jack fell in love with nougat. Not like. In love with the nougat goodness in this world. That’s why we could imagine Jack eating nougat while Dean and Cas argue about Cas’ bee costume at Party City. And then, it happens. Jack’s eyes lock on a 3 Musketeers outfit. Eating the same candy bar, right then and there, he makes his decision and gets congratulated by his fathers for his bounty. BOOM. Another fic idea that I don’t regret. 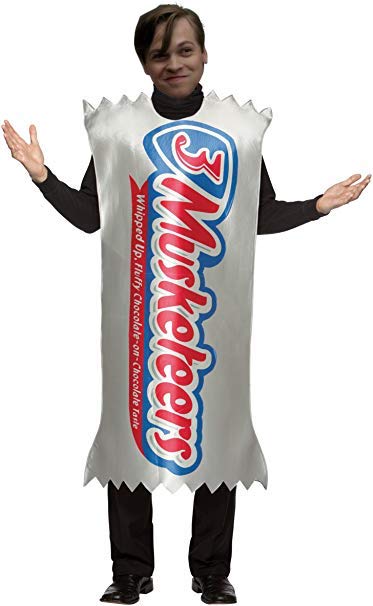 Why: Because Faux Jack aka Belphegor is a sassy Italian grandmother who saved Dean, Sam, and Cas’ bacon a couple times already. He’s smart, resourceful, and would prance around the bunker as a subtle nod to all the bacon saving. Belphegor would also be the one to wear this other times throughout the year. Saved a cat? BOOM. Lifesaver costume! 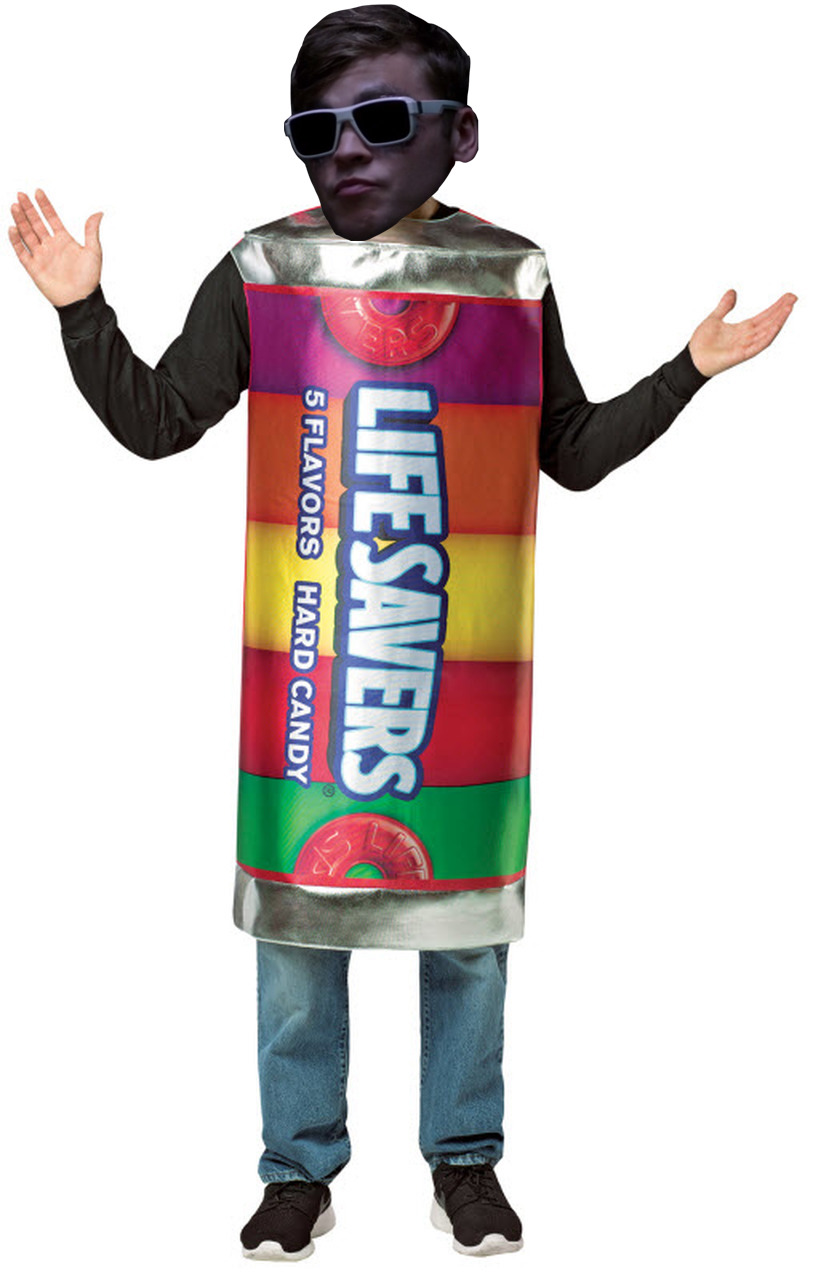 Supernatural airs Thursday at 8/7c on The CW.