I am not particularly sure when Jesse Metcalfe became a Hallmark star, but that is all I tend to see him in lately. I loved him in Dallas and thought for sure that he would be a television star. I guess I just never thought that would be in Christmas movies.

And really bad ones at that.

This is the time of year that I love to sit and watch Hallmark, imagine my life a different way, and imagine that at the end of every bad day, it’s only gonna take less than two weeks for me to fall in love with the person who has been right in front of my face all along. Hallmark movies give you that feeling – that feeling of being invincible against failure. That feeling that love and strength are one in the same thing – and that by the single act of allowing yourself to love, allowing yourself to love others, but also allowing someone to love and to help you is one of the strongest things that one can do for themselves.

This weeks Hallmark movie, Christmas Under The Stars.

When Nick, a career-focused investment banker, is fired from his high-powered firm at Christmastime, he takes a job at a Christmas tree lot owned by a warmhearted widower. There, he meets Julie, an astronomy teacher who’s always looked to the stars for hope. As the Christmas spirit washes over him — and he begins falling for Julie — the once self-centered Nick discovers the joy of helping others. Starring Jesse Metcalfe, Autumn Reeser and Clarke Peters.

A TOUCHING STORY WITH HEART

We all have a million things that we go through in life. We all have to find the strength to get up every single damn day and keep on going.

Nick is used to having everyone look up to him and see him as this hot shot that can not fail. He has worked his ass off, his life has been about work, and that’s the only thing that he’s worried about excelling in. He hasn’t worried about friends, family, or a love life because succeeding in work has always been the most important thing.

But he made a mistake and where as he doesn’t think that mistake is going to get him fired – it does just that. But how does he tell his Dad?

Well the thing about Nick is that he doesn’t. He instead is taking a walk and trying to clear his mind when a man calls him over for help. Now, if we’re being honest here, I don’t find this to be viable. Because, if someone calls me off the street, there is no way I am walking over. I know how this shit goes.

Someone is going to set out to kill me. I don’t trust people.

But this leads to a job – and Nick goes from being an investment banker to helping at a Christmas tree lot.

The guy at the lot used to have a partner who helped him, who passed away. His daughter is left with his medical debt – and she’s drowning under them. Her medical debt – isn’t really real. The insurance has paid it off. But she’s got to prove that and well, that’s kinda impossible. So she’s fucked.

Especially since he medical debt was sold to a collector. Being someone who this has happened to – it sucks and is suffocating.

Drama, drama, drama – Nick and Julie find themselves falling for each other and of course something comes in between them. That’s what makes a good Hallmark story.

But do they find their way back to each other? Of course they do. In a big grand gesture, they find themselves fallen head over heels and can’t live without each other.

PEOPLE SEEING YOU NEED TO BE NEEDED

I think part of the reason that I love Hallmark movies so much is that in the midst of all of the chaos of life someone sees through the pain or the anguish and sees that everyone needs to be needed.

There was no character in this film that didn’t need to be needed. That didn’t want to have someone on their side. And though it took everyone getting past themselves to see how to help each other.

Nick needed a new job, but he needed more to feel like he was making a difference. He got that.

We all need something and we all need people. If we get past ourselves – we can see the beauty in being there for others and being the person that they need.

THE PROMISES THAT WE MAKE

We all make promises. Sure, sometimes we keep them. Sometimes we let ourselves down. BUT we always find a way to get through.

I think that Christmas Under The Stars reminded me that we sometimes makes promises in order to make others feel better about who they are, what they are leaving behind, or what they are changing within us. We want people to feel comforted by our promises.

They aren’t always right, but they are our reality.

Everything has a way of happening the way that it is supposed to. But when you make your promises – keep them. When you fail at your promises – find a way to make them right.

Everything we go through in life leads us to where we are supposed to be. It doesn’t always feel like that, but it will get better. 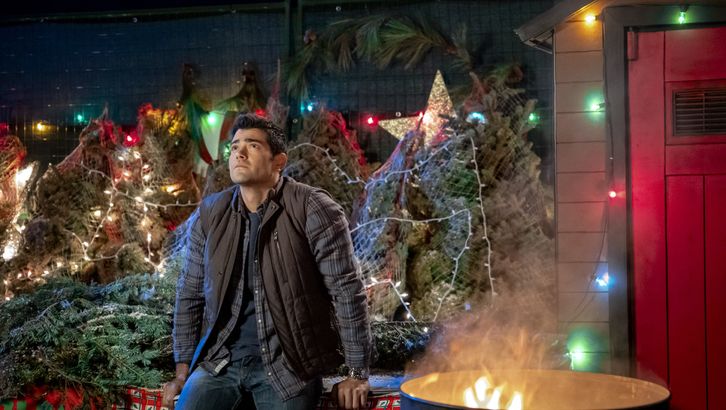