We’re just over a week into the new year, and I’m already crushing the heck out of my reading goal (pats self heartily on the back). While I’ve finished 4 books so far, my “read” pile from last year is pretty hefty.

So I’ve compiled a list of 10 books that you need to read this year! While I’ve read all of these, they aren’t ranked. So let’s dive in! 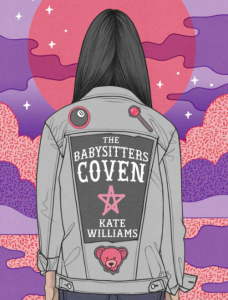 The Babysitter’s Coven by Kate Williams

This is the most recent book from this list I’ve read, so I have to talk about it. It’s about a couple high-schoolers who are keeping up their childhood babysitter’s club, when a new girl comes to town.

She joins the club and they find out that two of the three have powers! Together, two of the girls learn about their powers, and have to potentially save the world?

There is a sequel, coming later this year. I suggest you pick this up, and then prepare for the next book! Order the book, and follow Kate Williams on Twitter. 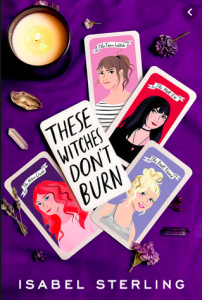 I fell in love with this book last year. It’s (again) about witches in high school.

These witches are wiccan, and are having issues with someone making sacrifices. They don’t have time for someone to besmirch the name of Wicca! The main characters have to figure out who it is and how to stop them.

This also has a sequel, slated to grace our shelves in June! Order the book, pre-order the sequel, and follow Isabel Sterling on Twitter. 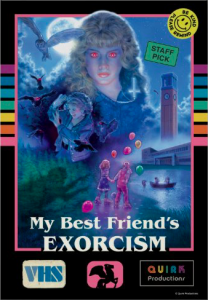 I read this book quite some time ago, but I absolutely adored it. It is exactly what the title suggests, a story about someone trying to get their best friend exorcised!

Grady Hendrix does some incredible horror/gore writing, and all of the chapters in this book are song titles that actually pertain to what’s going on.

Once you’ve read it, check out this playlist and relive the book whenever you want! Order the book, and follow Grady Hendrix on Twitter. 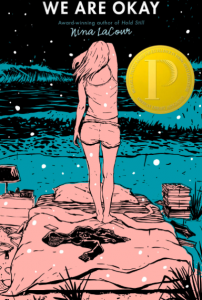 We Are Okay by Nina LaCour

This one is a bit different from the others on this list, because it’s a far more emotional read.

Obviously, I like reading horror and fantasy, but We Are Okay really hits me right in the sad. It focuses on a college freshman who skipped town when her grandfather died.

I know that’s a sad start, but it gets even sadder, in a very impactful way. I won’t spoil it, but bring some tissues when you read this one. Order the book, and follow Nina LaCour on Twitter. 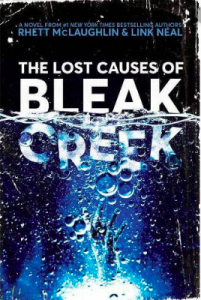 I’m a big fan of YouTube for entertainment, and some of my favorite YT dudes are Rhett & Link of Good Mythical Morning.

They wrote this book that is (kind of) about them, and a conspiracy that they uncover. It’s gripping, and just spooky enough.

And if you haven’t watched Rhett & Link, what are you doing?! Order the book, and follow the Mythical team on Twitter. 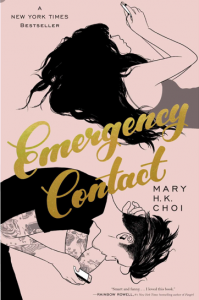 Here’s some more awkward freshman book! Choi writes about a college freshman who ends up with a crush on her roommate’s relative. But it’s an odd meet-cute, for sure.

You don’t need tissues for this one, but get ready to have a crush on a new fictional character! Order the book, and follow Mary HK Choi on Twitter. 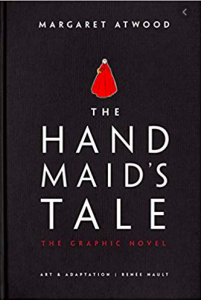 So I know the original Handmaid’s Tale has been out for a minute, but I didn’t think I could mentally handle reading the entire book.

I picked up this one to get the story without the length. As it’s the same story, and illustrated, it’s still a very heavy book.

But I really loved it, and found that taking breaks was important in my reading of it. Order the book, and follow Margaret Atwood and Renee Nault on Twitter. 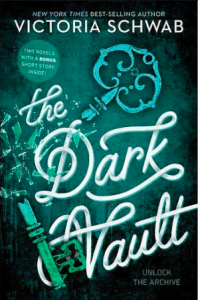 The Dark Vault (The Archived 1-2.5) by Victoria Schwab

I love Victoria Schwab. I have yet to read something of hers that I felt even “meh” about. So this story is no different.

It follows a couple high schoolers as they learn to care for souls. Once people die, their souls are stored in the Dark Vault (like a library). Every now and then, a soul or two wakes up, and wanders.

These ghosts need to not be doing that, and have to be returned before they become dangerous. It’s not quite a horror / suspense book, but it does drag you in! Order the book, and follow Victoria Schwab on Twitter. 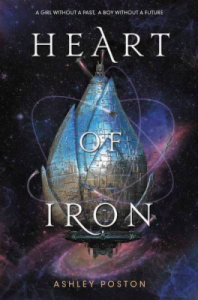 Heart of Iron (and it’s sequel, Soul of Stars) by Ashley Poston

I assume you’re aware of the story of Anastasia? This is that, but in space.

It’s so freaking good, I just want you to read them both right now, please. Order the book, it’s sequel, and follow Ashley Poston on Twitter. 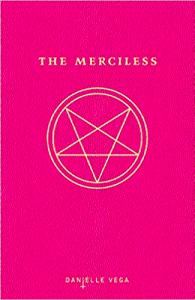 The Merciless Series by Danielle Vega

Finishing up with one of my other favorite horror writers; Danielle Vega brings the gore hardcore.

The Merciless is a four book series that follows some good old possessions. If you like stories about gory exorcisms but with cute covers and serious Mean Girls vibes, this series is 100% for you!

In case you can’t tell, I’m a big fan of fantasy and horror. I really enjoyed all of the books in this list, and I’d love to hear your thoughts on them as well!

Which books are you looking forward to reading in 2020?

'Cinderella' Has Cast It's Evil Stepsisters

Lifestyle Lift: How to Achieve a Lot This Year by Doing a Little