Welcome to A-Z Movie Reviews.  Every Sunday, for the next several months, I will be posting a review of a film in my home movie collection.  How it works is, I will be reviewing movies in alphabetical order until I get to the letter Z (Yes, I do have a film that ends in Z).  Now I realize there are many ways to alphabetize a film collection but this is mine so don’t judge me.  This is simply for fun.

Have you ever watched a film that is so amazing but left you profoundly confused? for me, that movie is Black Swan starring Natalie Portman.

A committed dancer struggles to maintain her sanity after winning the lead role in a production of Tchaikovsky’s “Swan Lake”.

I have seen Black Swan numerous times and am still trying to figure it out.  The film directed by Darren Aronofsky, is a psychological thriller that makes you think.  Natalie Portman’s character Nina eats, sleeps, and breathes ballet.  All she wants is to be the swan queen and is determined to do it no matter the cost-even if it’s her sanity.

From the moment the film starts, it’s already clear that Nina has a fragile mental state.  She obsesses over every single detail of her appearance, and puts an intense amount of pressure on herself to be the most perfect dancer ever.

Black Swan is an examination of how much the things we want can overtake us if we let them.  Once Nina gets the role of the Swan Queen, she never stops thinking about it.  Thomas (Vincent Cassel), the Artistic Director doesn’t help matters when he tells Nina she perfectly embodies the white swan but not the black one.  The white swan represents innocence which Nina has down to a T.  The black swan however, is the sexy mischievous one who knows how to get what she wants.  He pushes Nina by telling her that she needs to lose herself to become the black swan and boy does she.

The drive to fully become the black swan, slowly breaks her mind more and more to the point that she begins hallucinating.  Some of the hallucinations include thinking the feisty newcomer Lily (Mila Kunis), is after her part.  Lily is the embodiment of the black swan and this scares Nina because she is exactly what Thomas is looking for.

Dance is such a competitive and beautiful art form and I think it was really interesting that Darren took the ballet Swan Lake and did it in such an inventive way.  Stay with me here because this may sound confusing.  The film Black Swan, is in its own way a ballet.  As we watch the film which is Swan Lake, we are also watching Nina and all of the other dancers prepare to perform the ballet Swan Lake.  I hope I didn’t lose you with that explanation but if I did, that’s all the more reason to watch the film for yourself.

While I will say you may be slightly confused by the ending, because I still am, Black Swan is a very good film.  Natalie Portman is amazing as always, her performance is magnetic and so is Mila Kunis’ who I’m also a big fan of.  The dancing is amazing and the movie will keep your attention the whole way through. 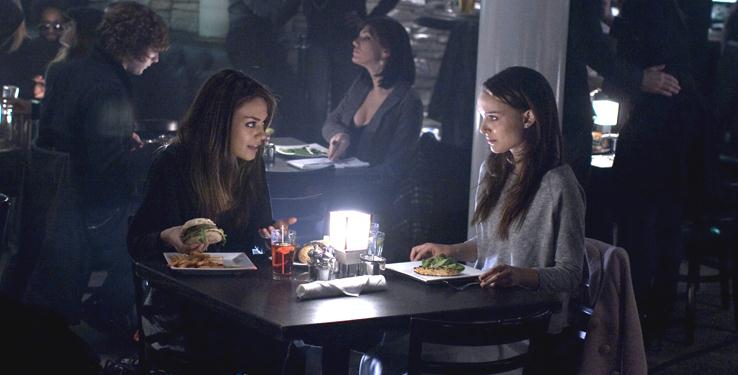 Black Swan is available to stream on Amazon Prime Video.

Netflix Releases The Trailer for 'The Old Guard'