(Wo)man Up: The Savior Trope in “Once Upon a Time”

Home » (Wo)man Up: The Savior Trope in “Once Upon a Time”

Once Upon a Time premiered in 2011, continuing throughout seven seasons. The series, created by Adam Horowitz and Edward Kitsis, tells the story of the residents of a town called Storybrooke. Henry (Jared Gilmore), who lives in said town, receives a book titled Once Upon a Time from his teacher, Mary Margaret Blanchard (Ginnifer Goodwin). It narrates fairy tales about characters such as Sleeping Beauty, Cinderella, or Baba Yaga.

Little does he know, it turns out that the inhabitants of Storybrooke are heroes from that very book. The Evil Queen, who also happens to be the adoptive mother of the boy in this new world (Lana Parilla) cast a curse that froze time, and transported them to this town. No one remembers who they are. None of them age, and none of them knows their past. It’s like they were all born in Storybrooke at the age they are.

The series was an acclaimed success, but not only because of the excellent plot. In this production, the power is exercised by the female characters, who are portrayed as independent, strong women. The exemplification of this is Snow White, aka Mary Margaret (Ginnifer Goodwin). The heroine doesn’t wait idly for the prince, but fights against the Evil Queen: This is my kingdom, and I will fight for it, she says in one of the episodes. Just like Snow White, even the Evil Queen is a strong character. Although she represents evil, the audience has a chance to see her strength and ambition. 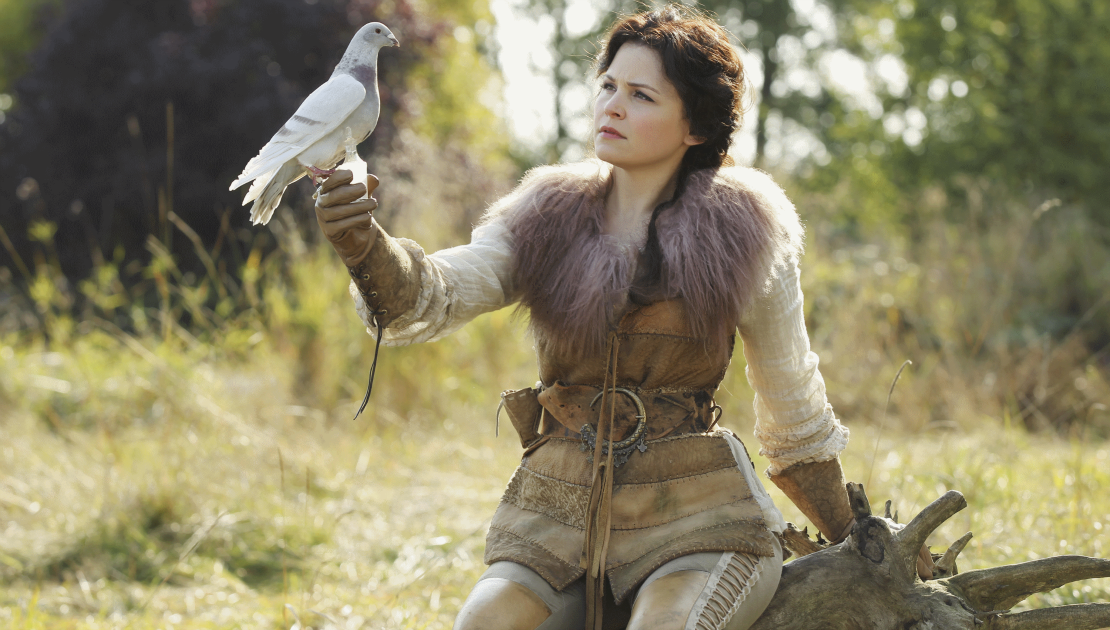 The show features the widely known trope of the savior, the one who is to fight a battle where good and evil are the fundamental values. The creators decided to change the beaten male pattern of the savior and create Emma Swan. She’s the missing daughter of Snow White and Prince Charming (Josh Dallas), whose task will be to restore the memory of the residents of the town and defeat Regina (Evil Queen).

Even Rumplestiltskin (Robert Carlyle) foretold the curse of time and the arrival of the brave savior named Emma. The Dark One advises Snow and Charming to hide their newborn daughter somewhere far away, so that she could return after twenty-eight years and battle evil. This is precisely what happens. Emma Swan is sent to the real world using an enchanted tree, which is, in fact, a portal to reality. According to the creators, Emma’s last name is symbolic of the journey they have created for the character, as Emma is somebody who has had a very tough time, and her journey is to become a Swan.

There is one crucial constituent that, too, represents The Savior’s personality – her clothing (in a sense, it embodies her personality). Emma’s trademark is a red leather jacket that the heroine almost always puts on. I think it can be compared to armor, a kind of mask that you can only break through after much effort. 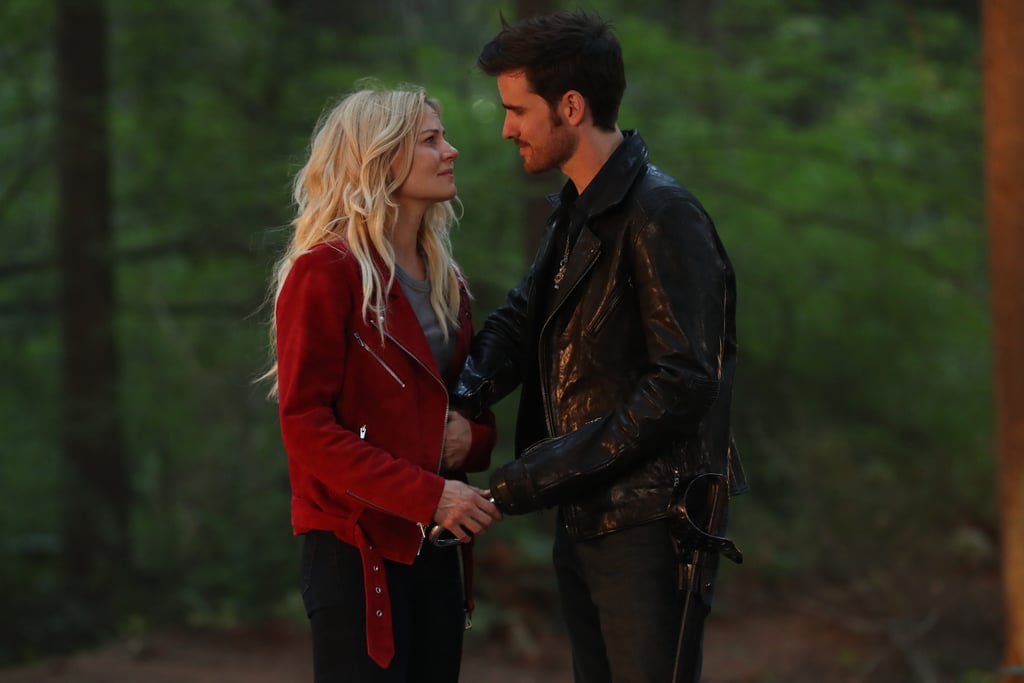 With her arrival at Storybrooke, Emma manages to break the curse and unite with her family. The heroine takes off her armor and eventually frees her emotions. When it comes to fighting in the name of good, Emma, as a woman always tries to keep her guard up. Her posture is upright, confident, and stable. Often, loose blond hair that matches sharp facial features creates a somewhat lukewarm reception, that can also be seen in the character.

Jennifer Morrison’s heroine introduces the audience to two worlds – her real, lonely one and the world in Storybrooke – a magical land where love, closeness, and the fight for good are priorities. The whole picture is perfectly balanced, which makes it so the viewers have the opportunity to see the transformation of Emma even better. Her personality slowly evolves with her arrival in Storybrooke. When the heroine finally unites with her family, and everyone regains their memory, the fight of good against evil begins. This is where Emma is the most essential character – the brave savior, the most powerful woman.

The heroine’s task is to defeat the Evil Queen, but not only that. In the following seasons, her adversaries are also the Snow Queen (Elizabeth Mitchell), Peter Pan (Robbie Kay), Hades (Greg Germann), etc. 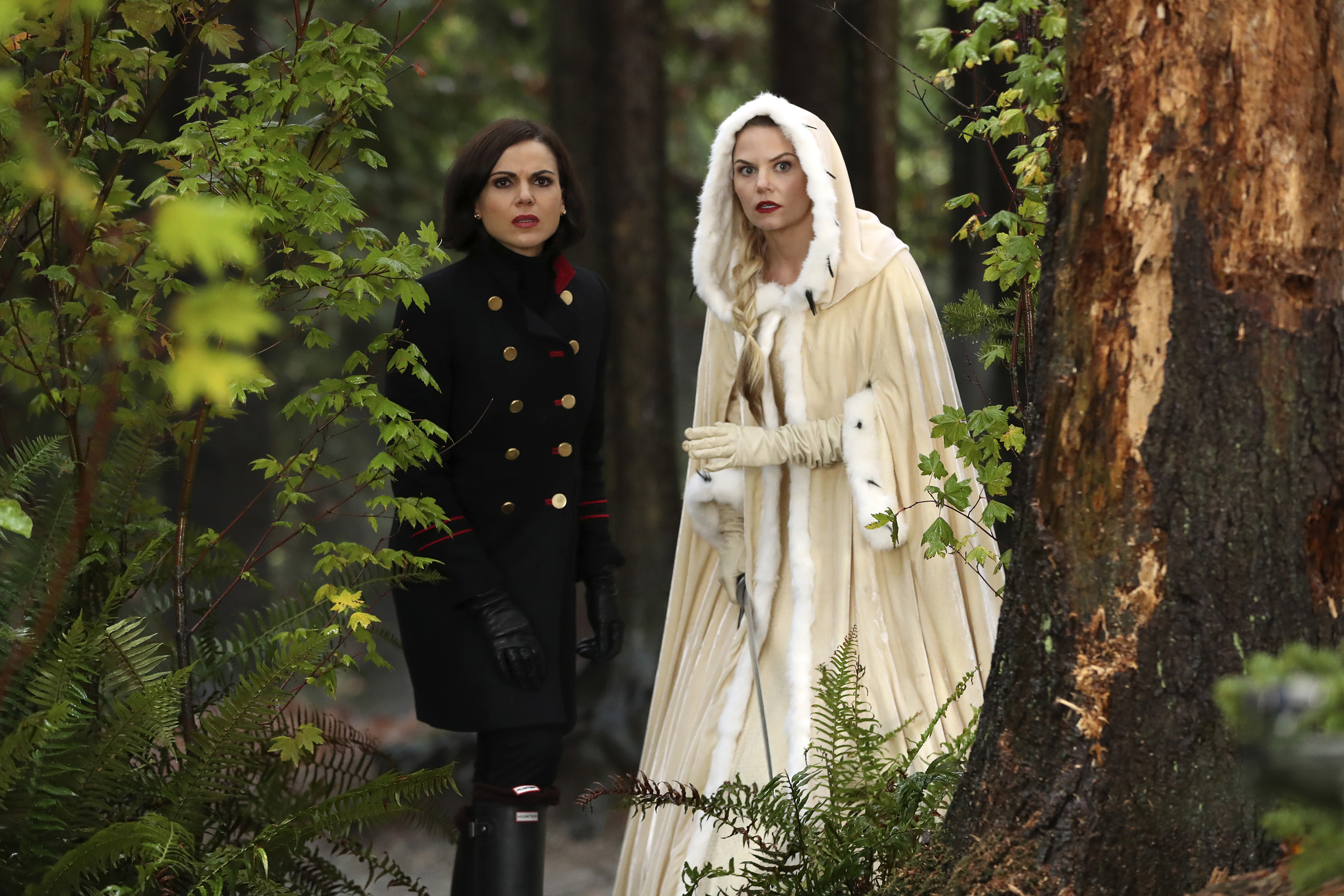 Horowitz and Kitsis created a new image of the savior – a protagonist who doesn’t hesitate, whose arrival has been proclaimed. At the same time, Emma isn’t idealized, which only enhances her authenticity. She, furthermore, becomes a good mother. When Henry appears in her life, she becomes his friend, a confidant – someone who the boy can always come with a problem. Emma doesn’t believe in the curse at first, but she supports Henry’s actions nevertheless. When Henry is put to sleep by a curse, she does everything to bring him back. Helping the boy means can only be done with a true love’s kiss – one that connects mother and child. At the end of season one, Emma manages to defeat Regina, but not by killing her. The savior cannot afford an evil act, because then her heart will turn dark. The heroine manages to fight the adversary by making her good.

The eternal savior doesn’t end their battle with one completed mission. To be a savior, you also have to sacrifice a lot. This is information is generally acknowledged in culture. Emma must regularly protect loved ones and overcome ubiquitous evil, manifested in every form. The heroine, too, ought to sacrifice her destiny to save the family. An additional advantage of Once Upon a Time is no visible division into the attributes assigned only to a man or to a woman. This is a very essential matter, as the series explains that both male and female characters have equal opportunities.

Nobody dares to discriminate Emma because she is the long-proclaimed savior, and everyone in town knows that she can do anything, without a man’s help. The only person who saves me is me, she says. That, though, doesn’t mean she’s not able to ask for help if she really needs it.

The brave protector is said to win every fight. Emma is characterized by courage, a good heart, reliable intuition, and, of course, the ancient magical power that accompanies her at every encounter and shields against danger. Emma manages to save reality as well as magic, and protect her family and relatives as much as she can. She does it with the help of other incredible women – her mom, Snow White, Regina – known as Evil Queen, Belle (Emilie de Ravin), and many more. This story belongs to all kinds of female characters who won’t lay low and speak up if something is wrong.

And that’s why the story has a chance to influence, in a positive way.

Once Upon a Time can be streamed on Netflix US, YouTube, Amazon Prime, Google Play, and Vudu.

5 Times Will Smith Made Us Cry