Another season of Famous in Love has come to a close, and this season finale was full of drama and one major cliffhanger. There was a lot to love and a lot to dislike in this episode, so let’s get into it!

All season, we have seen Rainer struggle with taking his own desires and wishes into account. He has felt ignored and silenced by the power of his mother and Harper. While I applaud Nina and Harper’s work ethic and the paths they have respectively taken to get the recognition they now have, I wish they wouldn’t have done it at the expense of Rainer. From what I know about the character, he seems to be a genuine, good guy. Because of that, it was thrilling to watch him take initiative in this episode. He stood up to his mother and Harper and took control of Redemption Ridge. He claimed it as his own, his passion project. It was also nice to see Rainer and Paige get that big kiss they deserve. It felt like they were finally in a good place to be with each other.

2. PAIGE TOOK A STEP BACK

After everything Paige has been through this season it is no surprise that she wanted to take a giant step back from the spotlight. By the end of the episode she had decided that going home and enrolling in the University of Oregon as a theater major was the right idea. We also see her stand up to Jake and call him out for not taking responsibility for his part in their relationship falling apart. In taking a step back, Paige also threw out Cassie’s name in taking the spot Rainer originally wanted for Paige in Redemption Ridge. It’s nice to see Paige noticing that she hasn’t been putting herself first, that she hasn’t been in the best place, and wanting to find ways to fix that. I hope that if we get a third season, we get to see Paige happy and healthy.

If you have been reading any of my reviews of this season, then you will know that I have had a love/hate relationship with Iceland over the past few weeks. It has put some serious distance between my favorite couple on the show. Adam and Cassie have seen some tough times in the last few episodes because of Iceland. In the season finale, Cassie decided to pick up and go to Iceland for an unknown amount of time to be with Adam. So Iceland isn’t on my bad list this week. Good for you, Iceland. 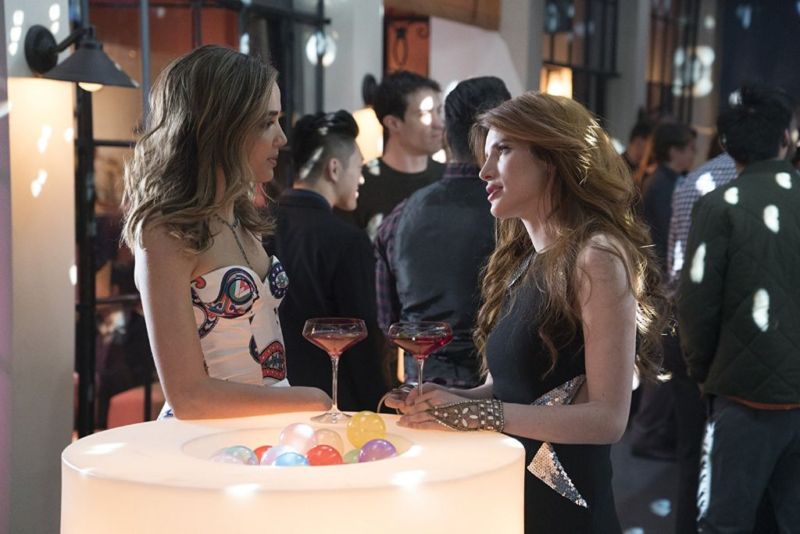 Up to the last few minutes of the episode, Jordan was living his best life. Tangey told him he got the Oscar nomination, and the judge told him that he will not be going to prison. Things were looking up… until Pablo broke into his place and stole his iPad that had compromising pictures from when Jordan and Tangey were together. More on that later. The important thing is that Jordan had a bunch of really great things going for him in the season finale.

Unlike Stealing Georgia, Redemption Ridge hasn’t driven me absolutely mad. I like the way this project’s presence has brought some of our favorite characters together and pushed some of them apart. It has also opened up a ton of doors for potential stories to be told in a third season. Freeform, give us that third season. Please. I will beg. 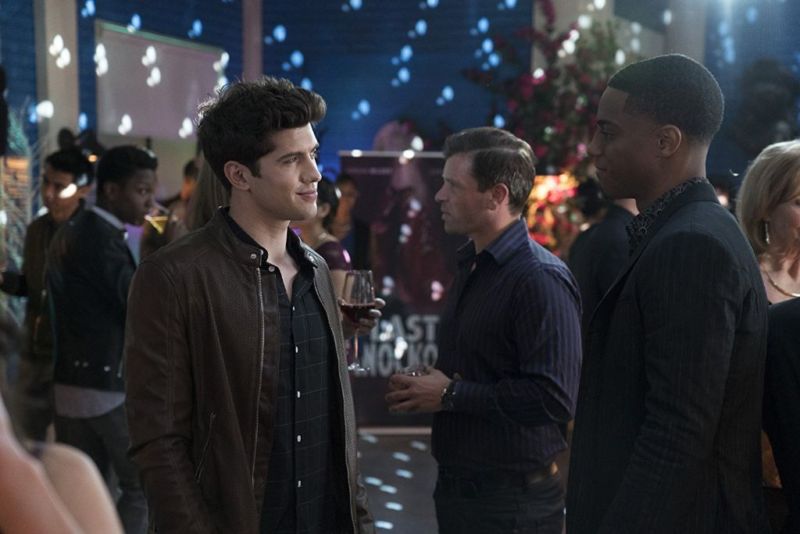 We all know he is terrible, right? There’s no one rooting for him? If you are, please tell me your perspective. I would love to know why you think Pablo is a good guy or at least redeemable. I can’t see past his clearly abusive tendencies. He’s controlling and toxic. Those behaviors and tendencies only amplified in the final episode of the season as he trapped Tangey in her room to scream at her about pictures from her past relationship with Jordan. She was stuck and clearly traumatized as Pablo beat and kicked in the door. Then Jordan came to help, which resulted in a physical altercation with Pablo. When Pablo tried to seriously injure Jordan with a glass bottle, Tangey stepped in. The camera panned away before we could know what happened. All we know is that Tangey screamed and a stretcher was sent to the room.

Ugh, you all know how tired I am of Jake. I find myself rolling my eyes when he’s on the screen now. I’m not even kidding. Like I said earlier, he takes no responsibility for emotionally cheating with Billy. He doesn’t even believe that “emotionally cheating” is a thing. He even looked offended when Cassie suggested that he was only in love with Paige because he’s in love with his work and Paige was his leading lady. Jake needs to sort out his life and accountability issues before I can ever sympathize with him.

I will admit that at first I thought this whole trick was hilarious. I thought it was interesting how Alexis was able to outsmart Ida when Ida always thought she was the smartest in the room. But as I thought about it, this whole I’m-going-to-act-crazy scheme didn’t sit well with me. Alexis thought it was a good idea to pretend to be all of the stereotypes people pin to those who have mental illness to get out of her reality TV show. I think it’s great that the psychiatric hospital wouldn’t let her out for 72 hours. Maybe those 72 hours will give Alexis enough time to realize what she did was insensitive and wrong.

I think it is a shame that we get a glimpse of Harper considering a relapse by the end of the episode. I won’t ever act like that’s a good thing. I will say that I am not Harper’s biggest fan. She is manipulative and selfish, which could be fine if there was a reason for me to root for her. I can’t find one. Nina is someone I always want to root for. I always find myself searching for reasons why Nina does the things she does. She’s a mom. She’s a businesswoman. She’s a leader. She’s a boss. She’s a powerhouse. But sometimes she doesn’t think before she acts. She doesn’t put others’ best interest at heart. She says she does certain things for Rainer when it’s clear they are only to further her own agenda. I want more for Harper and Nina, and hopefully a third season will bring that. 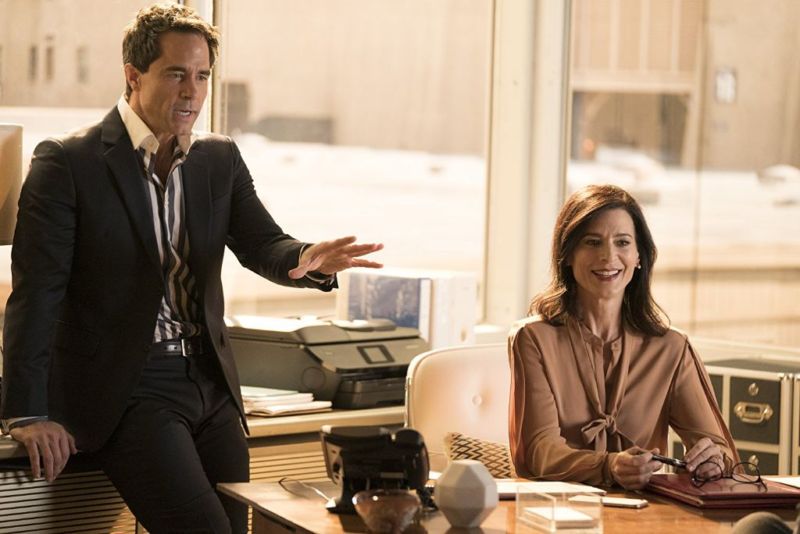 Everyone’s future up in the air! The stretcher! Not knowing who would come out on it! Not knowing if the show will have a third season! It was all too much. If you agree and need to know what happens to all of our beloved Famous in Love characters, make some noise on social media. Use all of the hashtags. Tag all of the people. Shout your ships as loud as you can. Let the people involved in creating the show know how much you adore it. Let’s get a third season of Famous in Love.