Extremely Wicked, Shockingly Evil and Vile: A Feeling of Uneasiness

It’s taken me a couple of days to write my review for the Netflix movie and in a way, I’m happy I waited. Yesterday, I decided to take a look through the #ExtremelyWicked tag on Twitter and it was what I had expected. There was a mixture of those swooning after Zac Efron’s portrayal of the infamous serial killer, Ted Bundy and those that stated the film glorified the life of a monster and that people shouldn’t let their love for the actor erase that truth. The irony behind both of these thoughts and feelings is that this is exactly how America felt during the June 1979 trial.

As we all saw, this was the first nationally televised murder trial and everyone was invested in the fate of this horrible man. Some viewers couldn’t fathom the thought that this charming man could have committed such heinous acts. Others knew from the moment they saw him that he was guilty. Either way, Ted Bundy was someone that people have never forgotten; nor the victims or the innocent people who were hurt in his truth being revealed. Though even with all of the infamy that surrounded this ghastly tale, someone that is often forgotten or ignored is Bundy’s ex-girlfriend, Liz Kloepfer. At the end of the day, that’s who and what this film was truly about. Without Liz calling in Ted’s name to the police, there is no telling how much longer his reign of terror and hatred would have continued, even past the horrific murders in Florida. 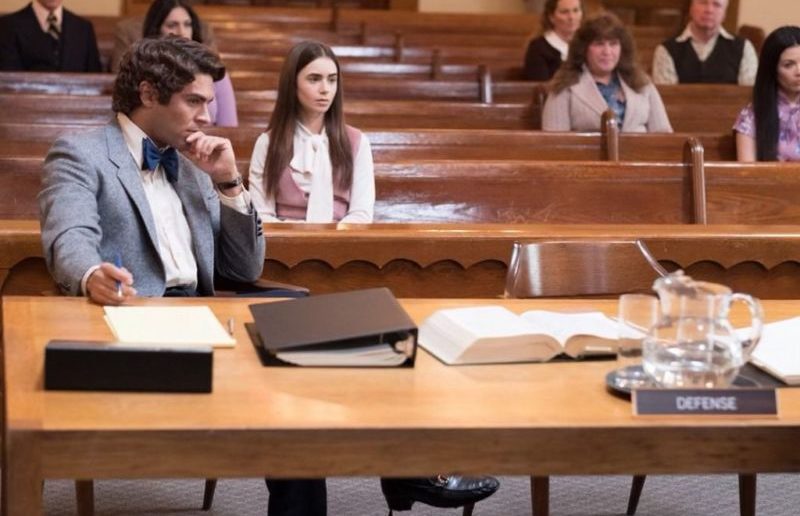 As a fan of true crime stories/shows (wow, that makes me sound really terrible), I have seen quite a few documentaries on Bundy’s story and trial and the part that always got me (in addition to the pain I felt for these victims) was how Liz was treated. Stop for a second and think about your life and your loved ones. Think of a person you love, a person that you feel you know every nook and cranny about, a person that you feel you know their entire soul. Now, imagine finding out that person is homicidal sociopath who has a body count that you can’t even fathom. That…THAT is what Liz went through.

Based on the documentaries I’ve watched, Liz received some backlash from the supposed “fans” of Bundy saying that she was a traitor and that she couldn’t be trusted. And it wasn’t just his fans that had something to say; she also received criticism from those that said she should have spoken up sooner or should have “seen the signs”. Some questioned how he could have slept in her bed every night and she not suspected a thing. I don’t know about you but I can’t even wrap my mind around the fact that Bundy would go out and violently murder these innocent women (even a CHILD) and then would go home to Liz and act as if nothing happened. He would show her affection and be gentle with her and show compassion and love to her daughter. How does a person do that? How does a person turn off their mind in that manner?? These questions are only the tip of the iceberg of what had to be running through Liz’s mind all those years ago.

I don’t believe that this movie glorified the life of Ted Bundy; I believe it did quite the opposite. I truly feel like it transported all that watched back to 1979; as if we were all watching the trial unfold on our TV’s with bated breaths and tears in our eyes. Like so many, we were left with that uneasy feeling as we walked to our cars at night or locked our doors before bed. We were left to question the loved ones in our lives and to wonder if we truly knew them. Forty years later and we were left with a sense of fear and uneasiness and in some ways, I believe that’s what this movie was meant to do. To show this monster for who he was and that it could be anyone.

Ted Bundy will never be someone that should be honored or treasured in any way, shape or form. And Extremely Wicked, Shockingly Evil and Vile continued that sentiment by shining a light on the horror that was this deranged and sadistic piece of human garbage. It displayed the hurt that not only the families of the victims experienced during the aftermath, but of those closest to Bundy. I don’t think he ever truly cared about anyone but himself and his loyalties changed based on what people could or were willing to do for him. I applaud Liz Kloepfer for her bravery and I hope that as we saw in the film, she has found peace and closure and has chosen to live her life with love and light. She braved a storm and came out the other side and I think that speaks volumes to the human will and strength.

Extremely Wicked, Shockingly Evil and Vile is available on Netflix.