Does the new teaser for The Defenders reveal its release date?

Home » Does the new teaser for The Defenders reveal its release date? 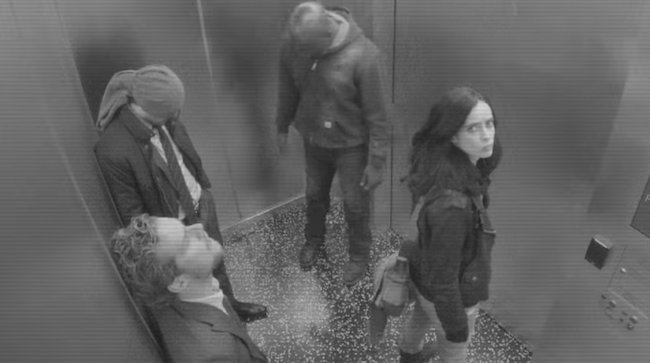 One of the most anticipated shows this summer has to be The Defenders, Marvel and Netflix‘s latest TV series. The Defenders brings together all of the Marvel/Netflix heroes like Daredevil, Jessica Jones, Luke Cage and Iron Fist. We have seen some pictures from set but no footage has been released. Till today when  a quick teaser with some subtle hints in it suddenly dropped on YouTube. (Note : Netflix did pull the video but since it’s the internet, nothing ever completely disappears)

(also the numbers also lead you to this website – a nice little Easter egg for Marvel/Netflix fans — http://nybulletin.com/ )

It looks as though the team has been through a battle as evident by the bullet holes in Luke Cage’s outfit. How come, though, Iron Fist is the only one sucking wind though? Geez Danny, way to look good in front of your new pals.

Also notice how the video ends at 8:18:20:17? Could we have just gotten a hint at a August 18th release date? Whenever The Defenders does come out, you can bet that we will be binging on all of the episodes as soon as possible!

The Defenders will be released on Netflix later this year.

Supergirl: The ABCs of Karamel

What To Expect: Legends of Tomorrow Season 2 Finale