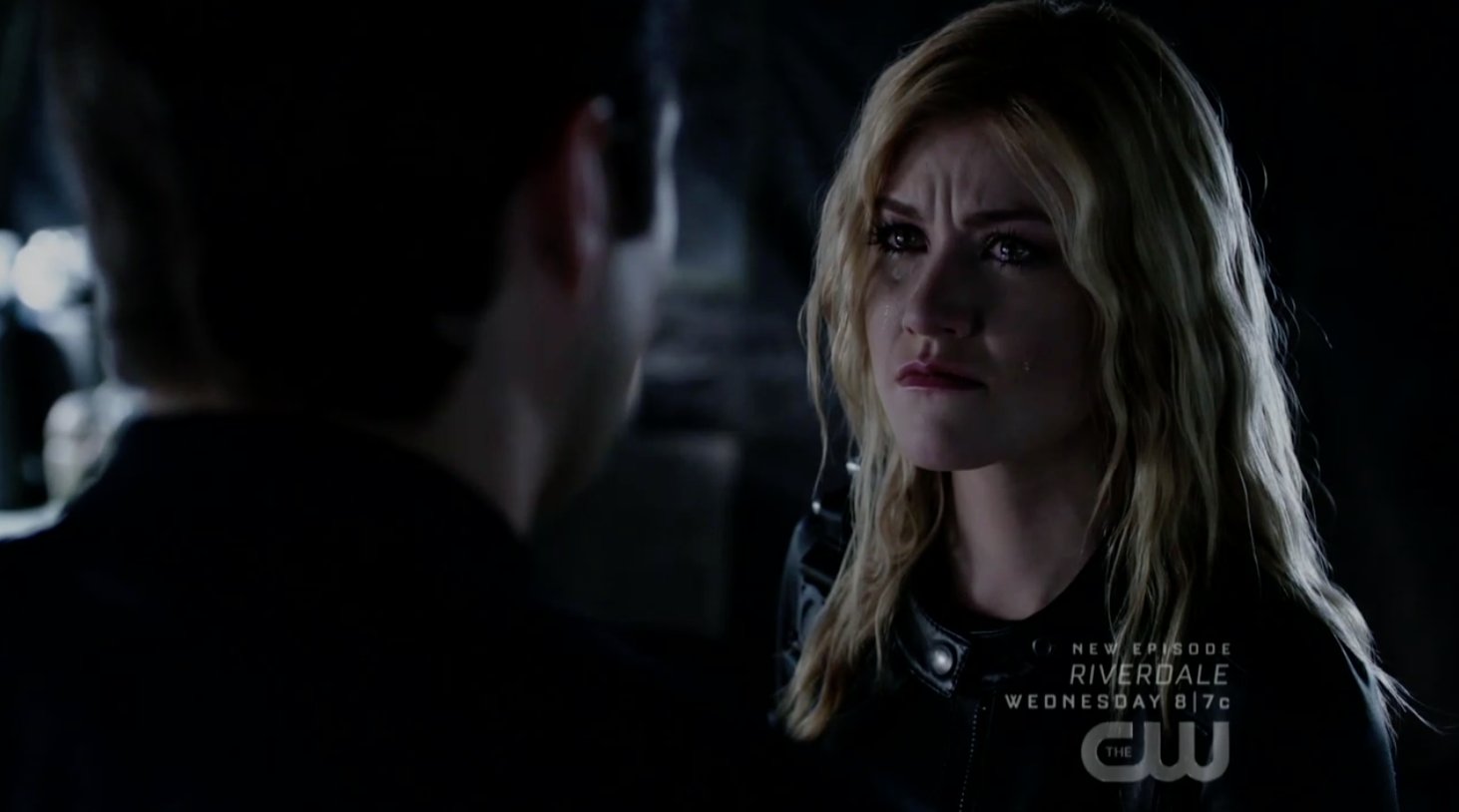 This feeling of betrayal in Mia, of abandonment has been dragging her down for so many years and now she’s reliving it all over again, her nightmare never ends and she can’t do it anymore. She just reached her limit. She may not show it, she only shows a little bit to William, but … she can’t relive that pain. She barely survived the first time … now she would break into so many pieces that she could not recover. Therefore, she decides to try to put distance between her and her father, both physically and emotionally, because it is the only thing she can do.

Mia needs to feel that she has control over her own feelings, she can’t let them control her, because in that case there would be nothing left of her. The only way to try to control her own feelings, to try not to break is to put that physical and emotional wall between her father and her, it is the only thing that gives her the feeling of control that she needs… even if she really can’t control anything.

William knows Mia and is aware that right now she is feeling the same as he felt when she discovered that Felicity was still Overwatch, a mixture of anger and protective instinct (instinct inherited from her father). She may be angry, she may want to strangle him … but she wants to protect him even from himself. She wants to help him and wants him to know that she is there, and that nothing will happen to him. Here the roles are reversed, it is her father who should protect her (and he does) but Mia doesn’t care. The only important thing is to stay close to her father. She just can’t do it. She loves him too much.

And she doesn’t understand how William can be so impassive, given the fact that their father is alone and that he will die soon. But William is not calm, of course he is worried, of course it hurts, but Felicity taught him (in one of the best scenes of the show) what his father was able to do, the risks he took, but also the skills that he has. That life full of dangers is what his father chose, and he must trust him to always return home safely, he cannot do anything but trust.

William spent so much time holding a grudge, so much time angry with his father and interposing the same emotional and physical wall that Mia is now interposing, that he knows how it feels. He knows what that feeling is, that need to simply do something so that your soul doesn’t break. He did it, just as Mia is doing, and he lost many years, precious time with his father that he can no longer recover.

It’s what time has … we can’t go back to it, we can’t get it back … and William regrets wasting a gift like the time he had with his father. He doesn’t want Mia to make the same mistake, he knows that she would later regret it just as he regrets his choices. Their father loves them, that is the only truth in this matter, he loves them and only wishes their happiness. For the good of all, for the sake of the moments they have left together … they should focus on that. He has decided to do it and just hopes that Mia does too. 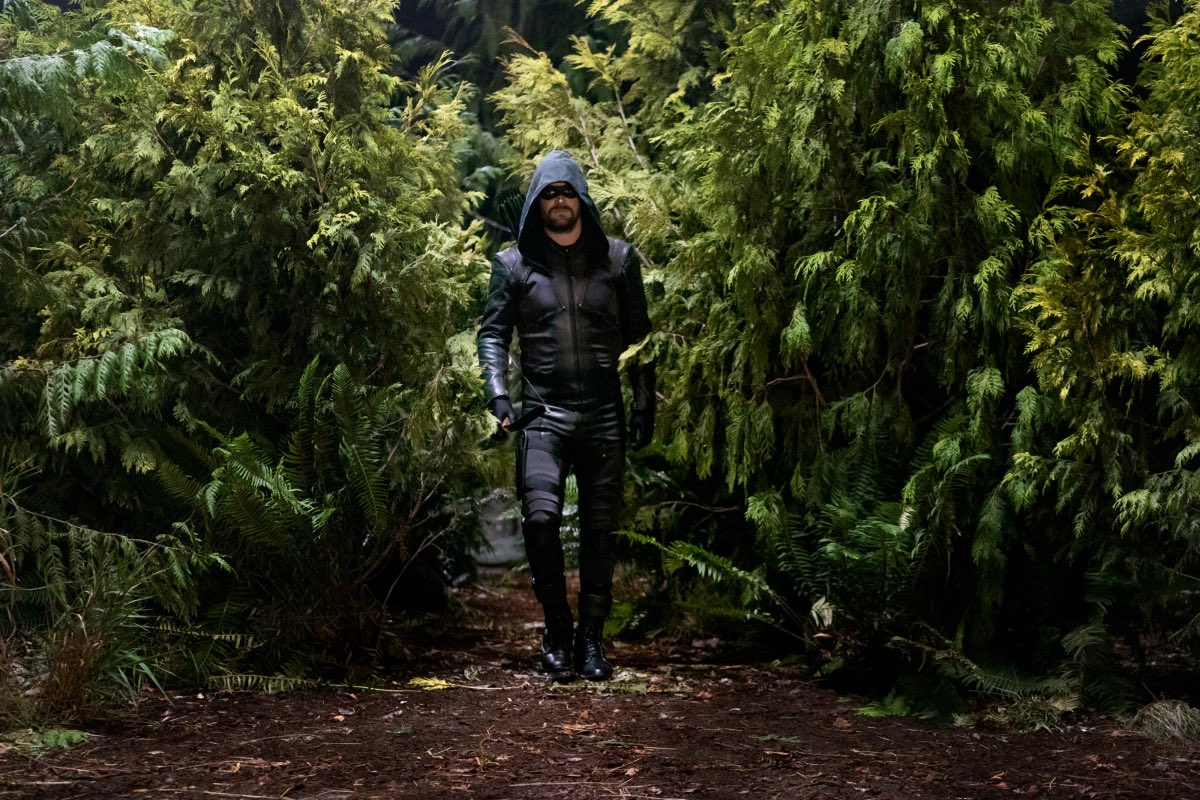 Mia decides to do the same as William, knows that he is right and proof of this is her reaction when Oliver arrives. That “dad, are you alright?” has stuck in my heart. Mia is dying to hug him, to hold on to him and not let him go … and Oliver wants the same. But they don’t … for the moment. Oliver connects with his daughter’s eyes and knows that the two must speak: it is a promise.

However, before his arrival, Oliver has also had to reflect on some things in his conversation with Yao Fei. Yao Fei knows Oliver and knows that he is avoiding confronting his children because he cannot say goodbye to them, he is not able to look them in the face and tell them that they will lose him again, that they will grow up without him and return to life without him … that they should let him go…because not even he can let them go … but he must.

For Oliver, as always, his priority is to return with his family, he has changed thanks to them, thanks to everyone … they believed in him when nobody, not even himself did and to let them go, to know that he will not be able to see them grow or become part of their lives once he has been in them … is too much to bear. But Yao Fei tells him that he will live, even if not physically, he will live through them, just like his daughter Shado lived through the teachings she gave Oliver, Oliver’s children are his legacy, thanks to them he will live forever.

That teaching stays with Oliver until the end, and they show us clearly when he has to go and stops for a moment to look back and see them all fighting … he is contemplating the life that will emerge after Crisis, contemplating his legacy and survival above the physical. His teachings are part of all of them. They are fighting hand in hand because he was in their lives. Oliver will survive as long as his legacy remains alive. 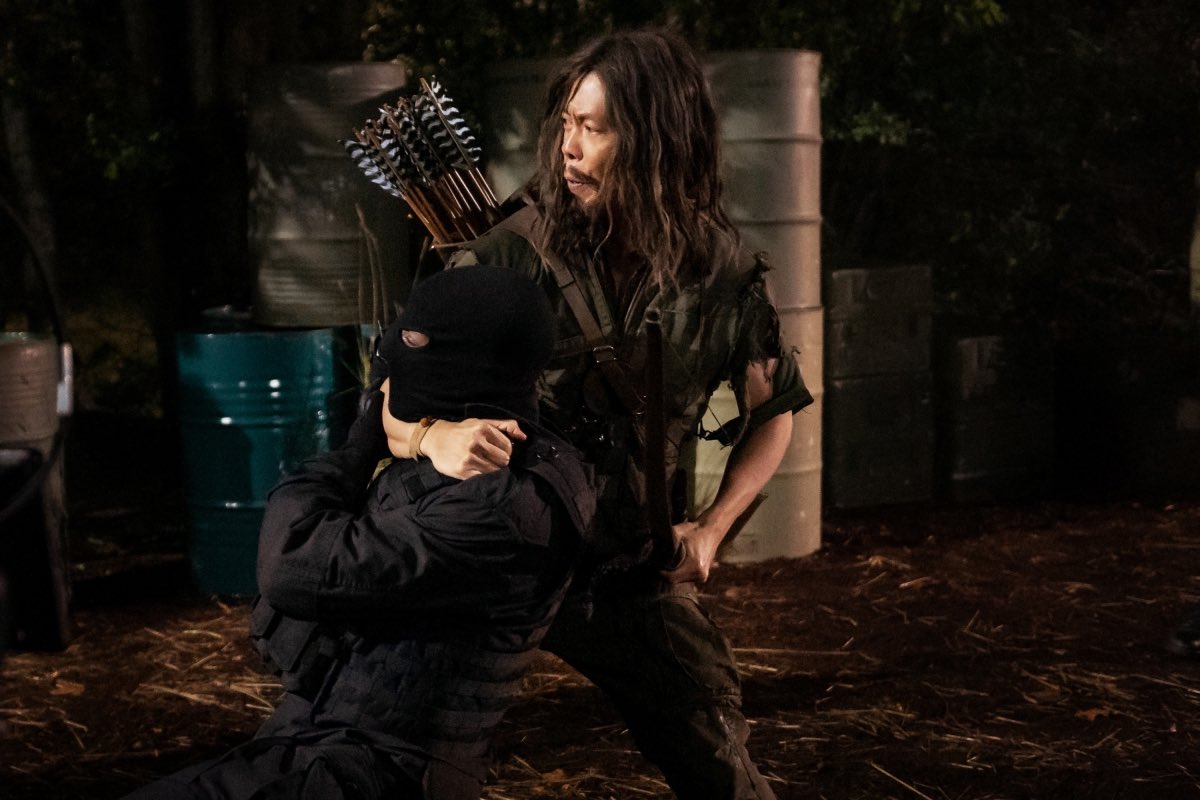 In the middle of the episode, almost by surprise, two key people have appeared, people from the seasons this episode honors: Fyers and Yao Fei. One an enemy, another an ally become a friend. Checking that Fyers wanted to take revenge on him, Oliver felt the responsibility of catching him. He was not going to allow someone from his past to hurt his team. He feels responsible for the past he shares with Fyers and doesn’t want the mistakes of his past to clash with his loved ones of the present. Oliver Queen would not be Oliver Queen if he didn’t feel responsible for something and took over.

He is no longer the same man as before, just as he tells Fyers and told Anatoly. Now he is a different man and will not make the same mistakes. He will not atone for his sins with blood, not if he can avoid it, and he will not let those same sins reach his family. Oliver’s evolution and his development as a character is a real wonder and situations like this prove it.

That said, I have not come to fully understand not only how the island is once again a reality, but the appearance of Yao Fei and Fyers when they are supposed to be dead. I don’t like these walking dead in the show … and I have not finished understanding such a convoluted explanation of their appearance but, for this time, I forgive the producers because of the marvel of the episode they have given us.

The Diggle family also shares a tense moment. While Connor and Lyla take the opportunity to exchange stories about the past and begin to get to know each other, John still cannot wrap his head about what Lyla has done but, beyond that, he cannot accept that he is not able to change what will happen, is not able to protect his family without putting his marriage at risk.

In the midst of all this chaos, René, Diggle and Dinah manage to find Roy but face a difficult decision: they must amputate his arm. While everyone, including Roy himself, accepts his fate, Diggle refuses to do so. Here you can clearly see what I was telling you before about John’s feeling of worthlessness and frustration. He needs to do something, whatever, to save Roy in every way possible, Roy is his friend and he won’t do something like that. They always find a way and he refuses to believe that everything is lost.

He just can’t think about it, he can’t give up because that would mean accepting his failure. But he has to do it. All he can do is be there for him, hold him and look him in the eye, so Roy knows he is not alone. Sometimes that’s all we can do … just be there.

The conversation they have later affects what we are talking about. Diggle tells Roy how he feels: he can’t protect the ones he loves. He is unable to do so. He couldn’t protect him, nor Oliver, nor his children, nor Lyla … his family. He feels that he has failed them all and that is consuming him little by little. Roy tries to free him from that sense of failure, from that guilt for not being able to do more. Roy tells a huge truth: whatever it is, the team always has each other’s backs. Sometimes, you have to make sacrifices and make difficult decisions … but family is always there. As Diggle has been. Roy found his family on the team, and for that family he would make all the sacrifices. If he went back … he wouldn’t change anything or do it any other way.

This is simply beautiful.

In the blink of an eye, Diggle loses the love of his life. Lyla must follow her destiny and go wherever The Monitor takes her, it is the only way. Diggle and Lyla don’t talk, they don’t say anything … but they communicate everything with a look. It is beautiful to see how they communicate without words in a crowded place. In that look everything is said: “forgive me, I love you, take care of our children.” No more is needed. John finally understands her, Lyla knows that he has understood and forgiven her, they love each other … and they just want their children to have a better world in which to live.

WAIT, WE STIL HAVE TO TALK ABOUT THE GOODBYES …KEEP READING!

'Knives Out' Spoiler-Free Review: A Comedy that Cuts Deep

Fangirlish Best of 2019: TV Deaths We Wish We Could Take Back