We’re here again! This week Arrow delights us with “Purgatory,” the best episode of the show. It is a complete hour, full of emotional conflicts, goodbyes, tributes to Oliver’s entire journey and tears because yes, they have managed to move us and reach our hearts. Such episodes are the ones that remind us why we have accompanied Oliver on his journey over so many years.

The episode begins where the previous one ended: in Lian Yu. The place that started it all. Oliver is forced to take strength from where he doesn’t have, look his children in the eyes and tell them that his destiny is to die in Crisis. There is no other way out. Their reaction is very uneven. While William is surprised but almost resigned to the pain of losing his father once again, Mia is furious. Not only was her father hiding something so important from them, but he has given up. Again, he is not fighting to stay with them. She just found him and she has to lose him again, she has to let him go, and she can’t … she doesn’t want to.

What Mia is unable to see right now is that Oliver has done nothing but fight to stay with them since he discovered his destiny. Oliver himself confesses it. And that is the reason why he has not told them anything before: He was fighting against that destiny. He was struggling against it to try to avoid it, to steal more time from happiness with his children, with his family … but he can’t do it anymore.

With a broken and torn voice, with the pain that only a father can feel when he must let his children go forever, he tries to make them see that this time there is no way out, there is no last minute trick, although it is what he most desires in the world.

He will not survive Crisis. 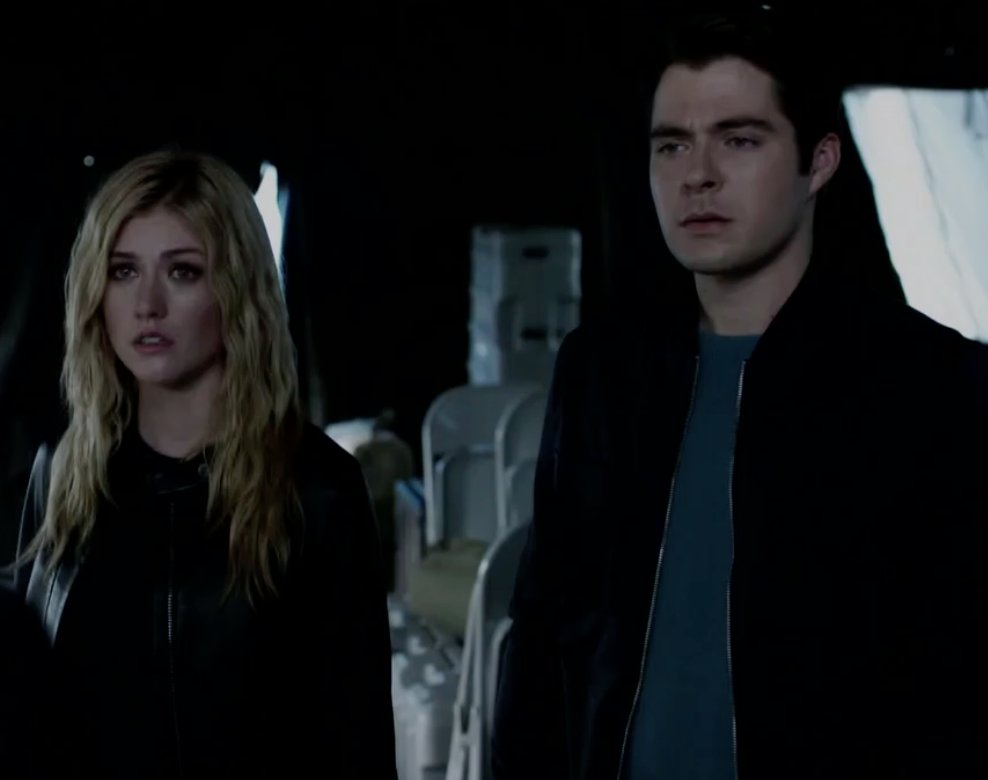 Stephen and Kat’s acting in this scene is superb. Applause for both. We feel that pain, that knife twisting our hearts and even our souls, a reflection of what the characters are feeling … just as we feel that anger that everything has to end like this. Bravo!

A note that I want to make in this scene is the precious detail that, at the moment that Diggle was more lost in his own feeling of betrayal, Oliver manages to calm him down with just one word. Oliver is, in this scene, the voice of Diggle’s reason, as so many times he has been for Oliver.

Diggle, on the other hand, has a reaction quite similar to Mia and William. He can’t stand to think that Oliver is resigned to death and he can’t stand to be betrayed by his wife. Because he feels that way, betrayed. He can’t understand why Lyla didn’t trust him and told him what was happening. Diggle doesn’t understand why they didn’t fight together, as they always do.

Finally, we know Lyla’s real motives for helping The Monitor. This is what I claimed in the review of the previous episode, a much more credible explanation for Lyla’s decisions. Now I can understand her much better. The Monitor showed her the future in a world where she didn’t help him: her Earth destroyed, her family dead … helping him was her only option, so she did.

Of course, I can understand the reason for Lyla’s actions, I would have done the same, as crazy as it all seemed to be, but I do have problems with the fact that she didn’t say anything to her husband. John deserved more than traveling blindly to an uncertain and unknown future. Lyla has previously hidden things from John, but those were situations related to her work at ARGUS, but this, Crisis, is much bigger than ARGUS and her husband deserved better than finding out the truth in this way.

Diggle is in the same situation as me. He feels the same, feels betrayed, almost … used. It’s as if Lyla didn’t trust him enough, it’s as if she didn’t believe him capable of helping her protect and save their family. And right here John begins to feel something else, a feeling of being useless. 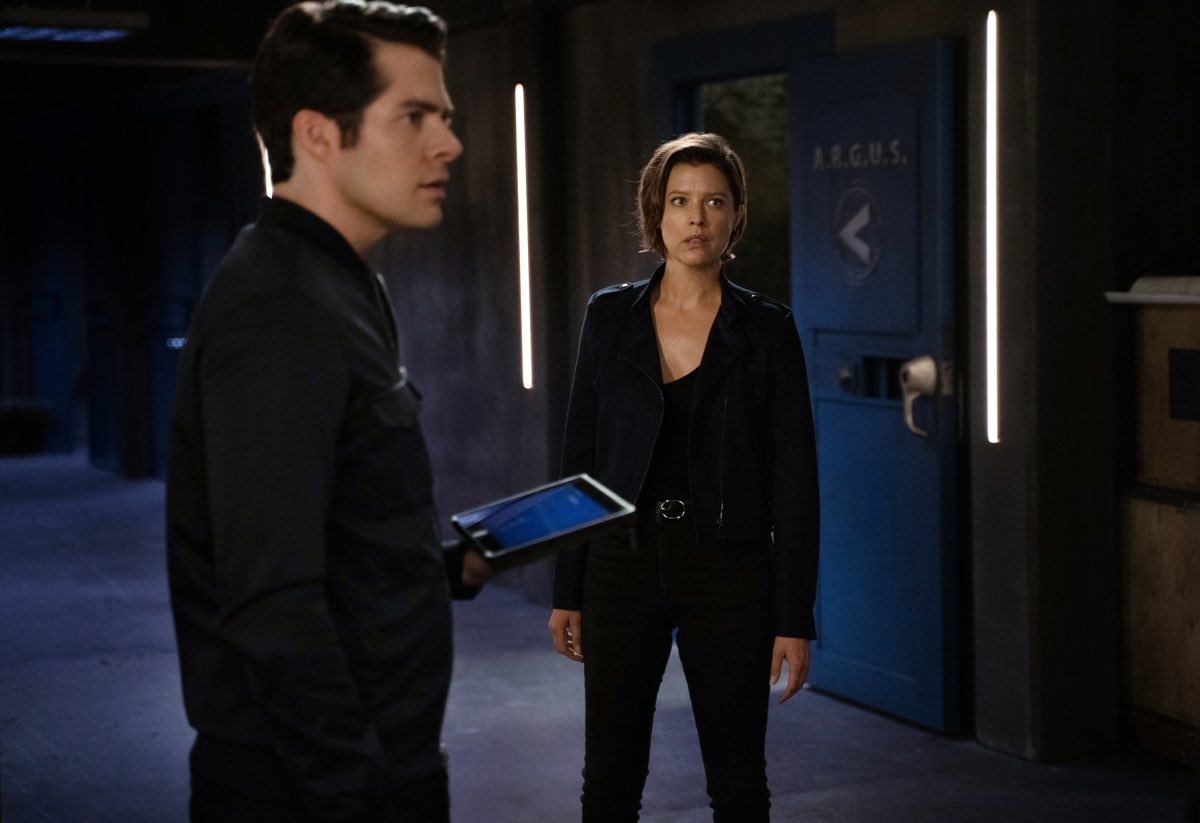 He feels useless and frustrated at not being able to do more than just stand there and let things happen, and precisely the only person who could just hug him, support him … betrays him and has become part of that maelstrom of things and people that Diggle feels unable to control, unable to protect. That is the real betrayal for John. More than deception, more than secrets … more than anything else.

Diggle is a soldier, and he has a protective instinct. Protecting and serving is what they have taught him. John just wants to feel that he can protect his family in some way, and he not only feels like he cannot do it, but that the only person with whom he can share that feeling of frustration, the only person who would understand … has failed him.

After this scene, Mia decides to stay behind and let Oliver and Laurel take care of the fieldwork. This allows the two characters to speak, as I think they have never spoken before. Oliver recognizes Laurel’s change. The truth is that, not so long ago, them fighting together would have been unthinkable. It isn’t now.  Oliver is glad to have her there, it’s like getting back part of a person who was important in his life and, at the same time, discovering a new one.

They don’t get along especially well, but the truth is that Laurel appreciates Oliver and seeing what has happened with Mia… she doesn’t want them to be like that, so far away, not when they need to talk as much as they need to breathe. Although both are very stubborn, they have to give in.

So Laurel gives Oliver good advice: talk to Mia. They both need it. They can’t end things like that. Oliver makes the excuse that he is giving her the space Mia needs to speak when she is ready. But Mia doesn’t need space, nor time … she needs her father, she needs to understand why he is giving up. And Oliver fears that moment, fears that confrontation. He has come to know Mia during the time they have spent together and knows that she is like him. He also knows from her own lips what it meant for her not to have him by her side, and that she hated him for it, so Oliver fears what Mia has to say. He fears her rejection, her contempt, fears what she is going to say, because he knows that her words will be like sharp knives in his heart but, above all, he fears her pain. He can’t see her suffer.

Laurel tries to explain to Mia’s position. She has just found her father and will lose him again. She simply cannot stand it, and wishes to do everything possible to keep him by her side, doesn’t accept that he will leave her again. The problem here is that Oliver already knows what Mia feels, but he’s just not able to face her right now … so he does what he always does: focus on his mission. That mission is important because thanks to it his children will have a world in which to live, and that mission is the priority.

Of course, Oliver’s protective instinct is admirable (and very hot #sorrynotsorry) but it’s  also not the right way to deal with this. The survival of his family is always his priority, but Mia needs him. At this moment she doesn’t need a hero to save the world, she only needs her father, a father who can comfort her and explain what is happening, a father who makes her feel safe. She needs him.

In parallel to this conversation, a similar one develops between William and Mia, which brings us much closer to what is in Mia’s heart.

We discovered that she feels betrayed again, she had begun to trust her father, to believe in him, that he would be by her side regardless of anything, but at the moment of truth he has chosen the city again over his family , over her … once again, Mia feels that she is not important enough for her father to stay by her side, to choose her and put her above everything. And she won’t have it. She will not help in that mission that would only accelerate the death of her father.

Oliver has shown her that he doesn’t need her. He had to choose … and he has already chosen. And it wasn’t her.

CONTINUE READING FOR MORE ON MIA AND WILLIAM, THE DIGGLES AND THOSE GOODBYES …

'Knives Out' Spoiler-Free Review: A Comedy that Cuts Deep

Fangirlish Best of 2019: TV Deaths We Wish We Could Take Back